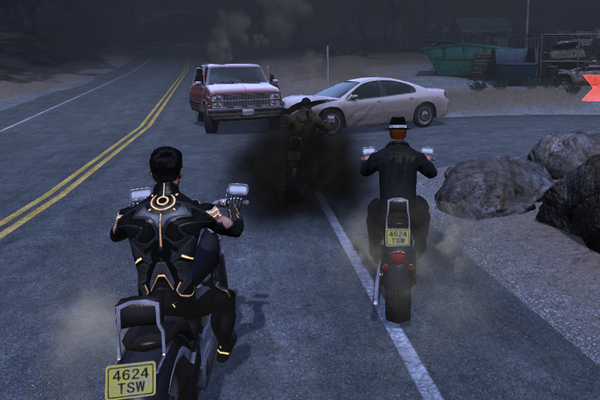 Today was a big day in The Secret World, for both the game as a whole and me personally. The big news, of course, is the addition of mounts and customizable sprints to the game, and the increase in Sprint max speed level from IV to VI. 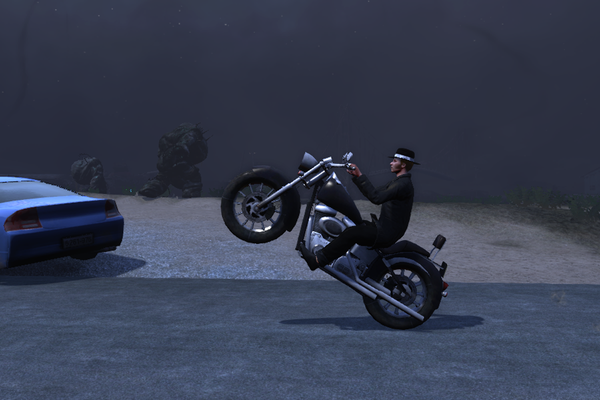 In order to get your little bee fingers on this sweet, sweet hog you need to first purchase the Franken Chopper pack from the Item Store. Think of it as a mini issue. It’ll run you about 2400FCP for non-subscribers and 2160FCP for those with the 10% subscriber’s discount. This pack unlocks the mission A Piece of the Road from Sandy “Moose” Jansen, next to the sheriff’s station in Kingsmouth Town. 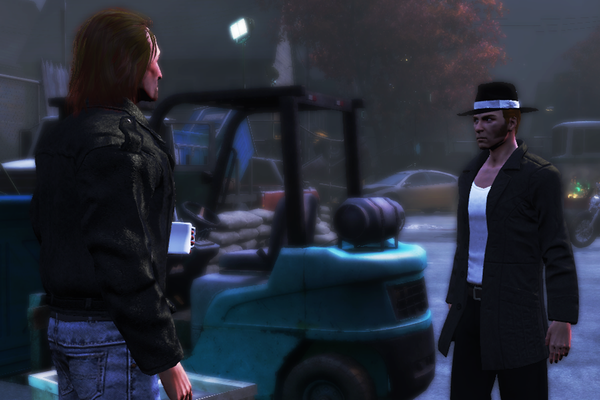 This mission is very simple and, though it involves a couple of fights along the way, almost risk free. I mean, it’s Kingsmouth Town … the starting zone. Just about everyone should be able to handle it, especially after the Enhanced Player Experience. 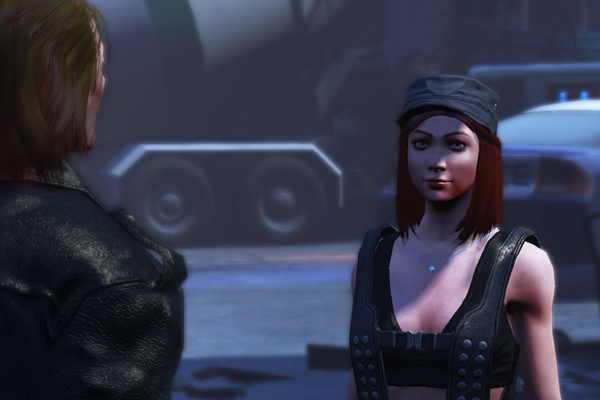 I ran through it on all three of my characters: Chucho, the Templar (he’s my main), ZRow the Dragon, who is about halfway through City of the Sun God, and even little TheKnack of the Illuminati who is still working her way through Kingsmouth Town. 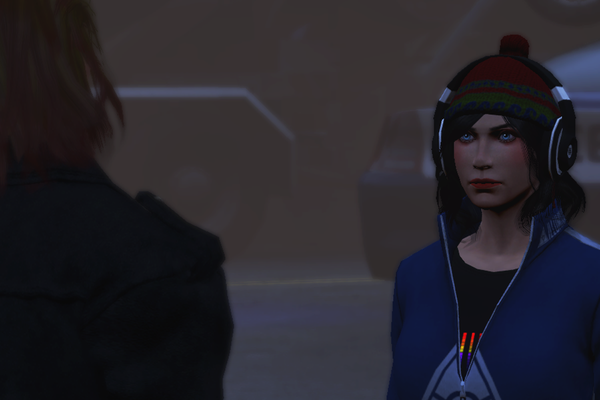 None of them had any trouble what so ever collecting the parts that Moose needed, or getting their level VI Sprint. That’s right. You can go from Sprint I to the new Sprint VI in just one mission. Plus, you get a motorcycle! 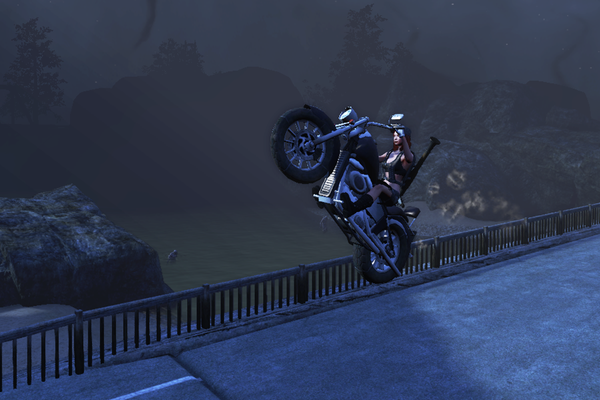 Oh, you can still purchase each individual Sprint level as Quickened Anima, for PAX, from your Advanced Faction Fixer, but why would you? It’d run you 13,600,000PAX to get all six and you won’t get a motorcycle. 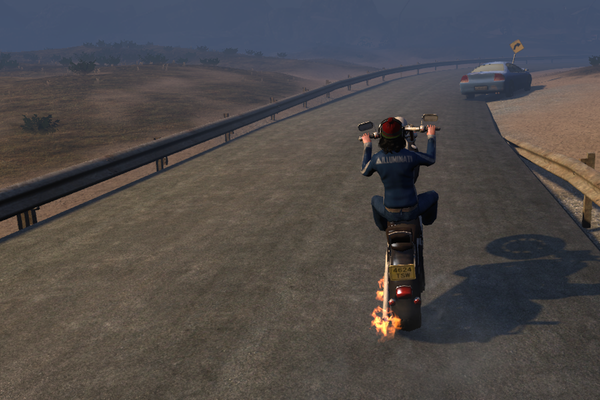 Did I mention the completed Franken-Chopper you get at the end of A Piece of the Road has a Nitro Booster? Yeah. Nitro Booster. Flames and shit coming out of your tailpipe and a boost of speed to run away from any baddies you aggro while toolin’ around on your sweet, sweet hog. 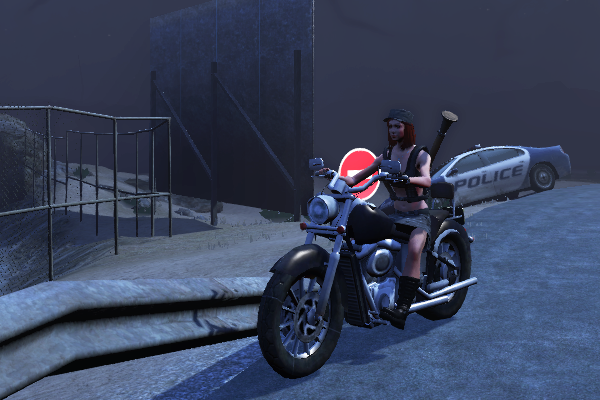 Of course the Franken-Chopper does have it’s disadvantages; it’s not exactly skirt or kilt friendly. But, seriously, put some fucking pants on, ZRow. 2400FCP (2160 with subscriber discount) vs 13.6 million PAX doesn’t really seem like a contest at all. 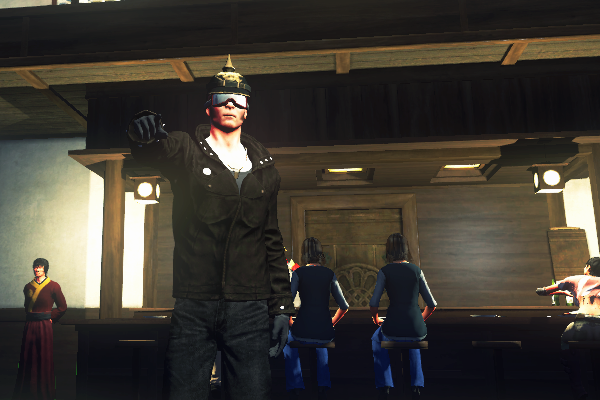 I mean, you can take a lowbie, with Sprint I like my Illuminati, and get them to Sprint VI just by spending the Funcom Points and completing the dead easy mission. What are you waiting for? The Agartha MC wants you! 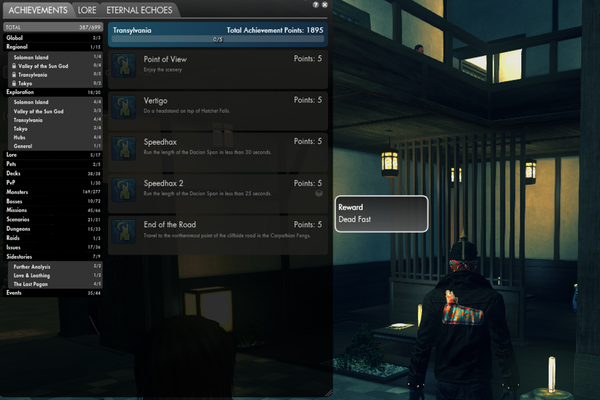 If you don’t have the FCP or the PAX, you can still pick up a free Sprint Customization called Dead Fast by completing the new Speedhax 2 Achievement in Carpathian Fangs. There are also two Sprint Customizations for sale in the Item Store: Fleet of Flame and The Athlete. These Sprint Customizations change your Sprint Animation, regardless of its level, adding effects like smoke, or flames, or a new running animation. Really, there’s something for everyone in this update. 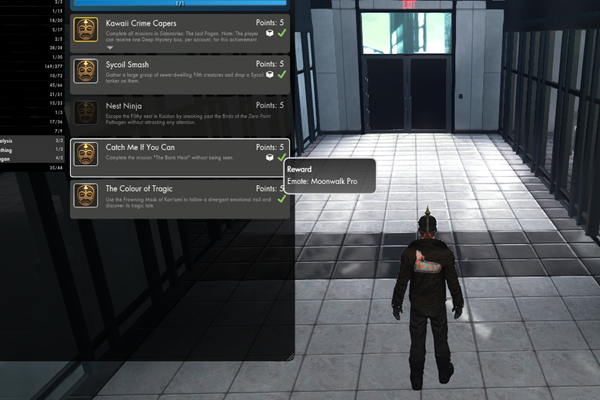 As I said at the beginning of the post, though, sweet, sweet hogs aren’t the only thing to be happy about in The Secret World. For me personally, I finally completed the Catch Me If You Can Achievement during The Bank Heist mission in Tokyo. 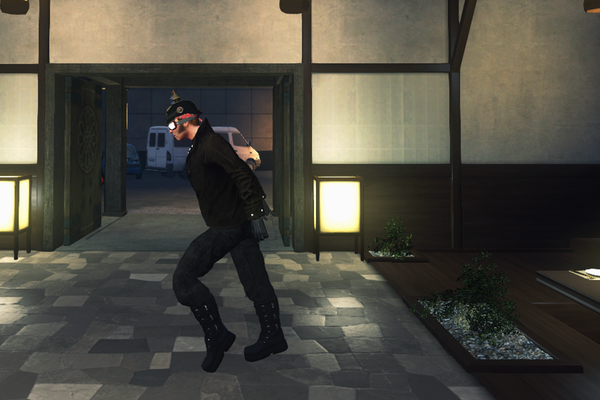 This Achievement grants you the Moonwalk Pro dance, which is way better than the clumsy Moonwalk you start with. Maybe I’ll combine it with the BillieJ dance and make a video! 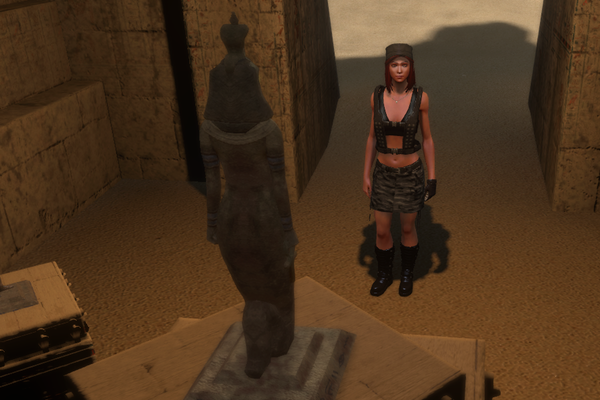 I also managed to get ZRow, my Dragon, to City of the Sun God. I’m bound and determined to  get her all the way to Tokyo, and then start back on the long road with my Illuminati, TheKnack. 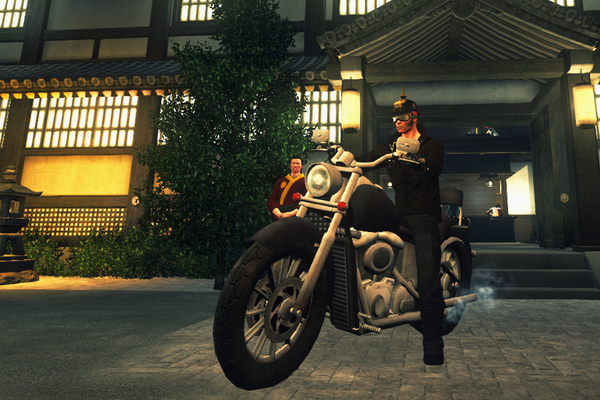 All things considered, it’s been a really great week in The Secret World, and it’s only half over. 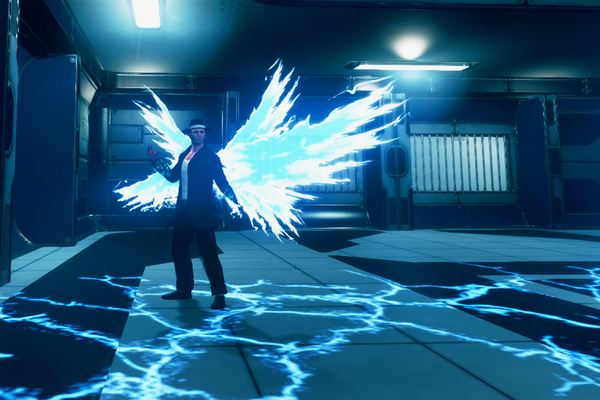 The game is really coming into its own. I’m going to try and get the Speedhax 2 Achievement sometime later this week. I hope you all have fun getting your hogs and your new sprints.