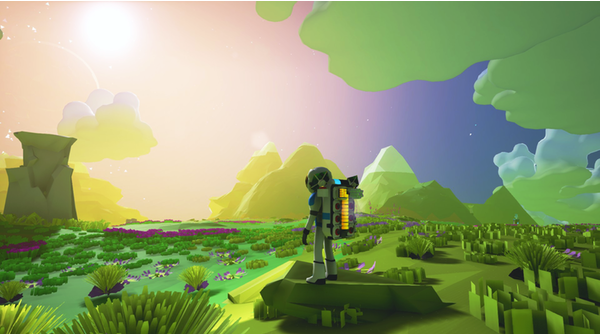 Did you ever wish Mojang‘s Minecraft was set in space? Well, have I got a deal for you in Astroneer! I’m not sure whether System Era enjoys the comparison, but I don’t see how they can avoid it (and why would they want to; Minecraft was massively successful).

Astroneer is an open world (worlds, really), voxel based, sandbox currently in Early-Access through Steam. Armed only with an earth shaping tool and a 3D printer, and given a claim by a mysterious company named Exo Dynamics, astroneers are tasked with exploiting the riches of nearby planets in a 25th century gold rush. Once planetside, given only a small habitat for shelter, the astroneers are going to have to science the shit out of things to survive and prosper. 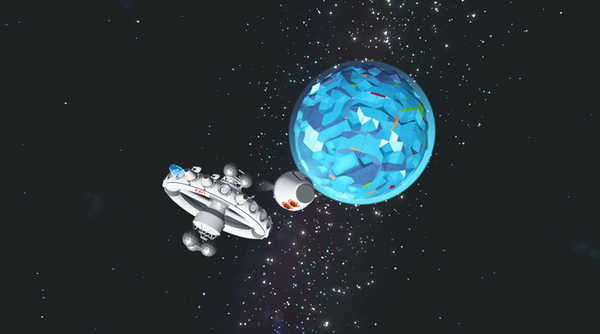 As mentioned at the start, the game is currently in Early-Access, and is very much in a pre-alpha state. I’m not going to get into the whole business of whether or not you should pay to help test someone’s product; that’s an argument for another time. If you decide to pony-up for Astroneer, though, just be aware that that is what you are doing. And, while you’re doing it, you should make good use of the official forums and subreddit to report any bugs or request features, because the team of six developing the game, at System Era, seem very responsive and open. They also have a Trello site, where they’ve posted a roadmap for the game, since right now (as should be expected), there isn’t a great deal to do in-game. 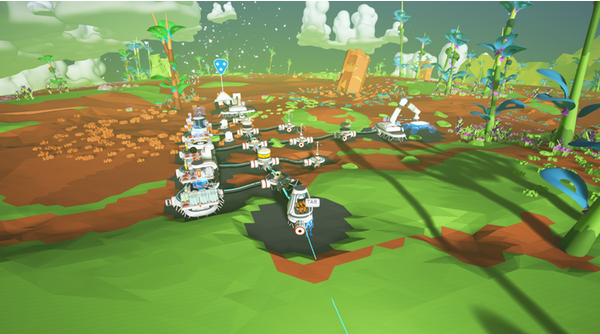 So, what can you do in Astroneer Early-Access? Build! Mine! Explore! Help build a great game! Seriously, despite there being not much in the way of game mechanics, at present, what is there is pretty fun. From your small, starting habitat, you’ll need to find some Resin and Compound. These two materials are used to expand your base and print some initial tools, like Tethers, with the small 3D printer on your backpack. The tethers will allow you to travel, on foot, more than a few meters without running out of oxygen. You’ll also need to generate your own power, which can be done initially by printing some Small Solar Panels, Small Wind Vanes, or a Small Generator. Once you’re generating power at your base (by either attaching the small solar panels, small wind vanes, or small generator to your habitat, or later building larger solar panels, wind turbines, or even a generator) the tether will also transfer power. Power and Oxygen are your two most important resources in Astroneer: every tool and platform in the game needs power to run, and you’ll die without oxygen. 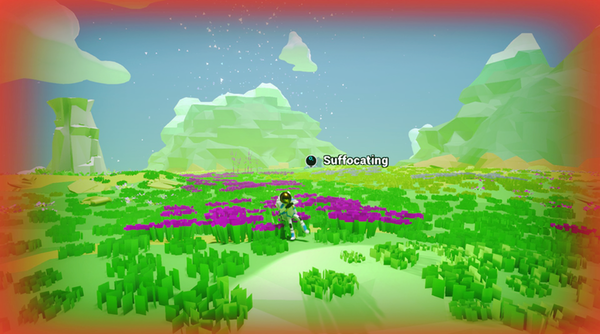 I’m not going to go into a great bit of detail about what you should do next; figuring this all out is part of the fun, but I will say some of the first platforms you should build are a Smelter, a Printer (larger version of the 3D printer on your backpack), and a Research platform. The smelter will smelt ores you find into metals you can use to print other things (including the large Printer platform), the Printer printer the larger versions of your power generating modules, and also all sorts of modules used in base and vehicle construction. The Research platform lets you open the various Artifacts found around the planets, which unlock more Schematics for the Printer. There are all sorts of wrecks to be found on the surface of the starting planet, Terran, with useful items and materials so a Vehicle Bay should be your second priority to extend your travel range. Ores, on the staring planet, can be found in caves, but beware exploring them as there are all sorts of hazards underground. The occasional dead astroneer, sometimes with useful things still in his pack, that can be found down there is proof of that. 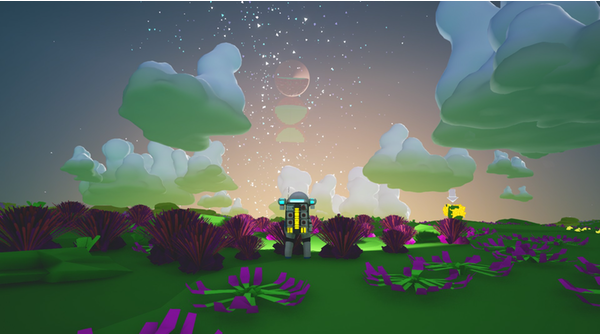 With all that said, I leave the rest to you to explore and experiment with. I will offer you a few tips for mitigating some of the many, literally, planet breaking bugs that are in the game in its current state. First, minimize how many Tethers you have out at one time. I usually make one pack of Tethers and just use that. If you keep the pack of Tethers in the upper left slot of your backpack, or keep that slot empty, you can pick up Tethers with shift + left-click and reuse them. Keep outposts small: you really only need one of each platform type, and as you’re building your base, build out each node as needed. I’ve found trying to do a layout of the base first, before converting each node, seems to run into odd power distribution bugs. I’ll usually build a node, put a solar panel on it, then extend from the panel and build a platform. Then for the next platform, build node, put solar panel, extend, build platform. Etc, etc. Finally, avoid the Truck for now; it’s unstable. I just make a few Rovers and chain them together. 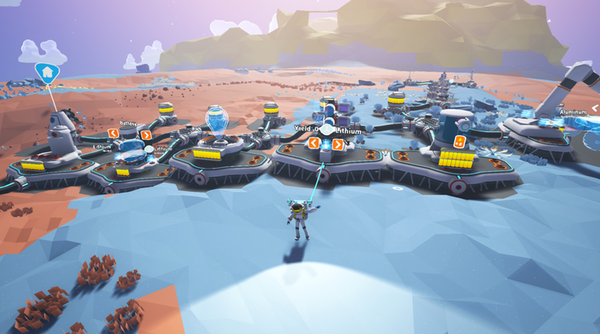 Despite the game’s current raw state, it really is a lot of fun. Invite up to three friends to play with you, through Steam, and it gets even more fun. If you don’t mind paying for an unfinished product, I highly recommend you give Astroneer a try. And if you do, report those bugs and make those feature requests. I think there’s great potential for this game.