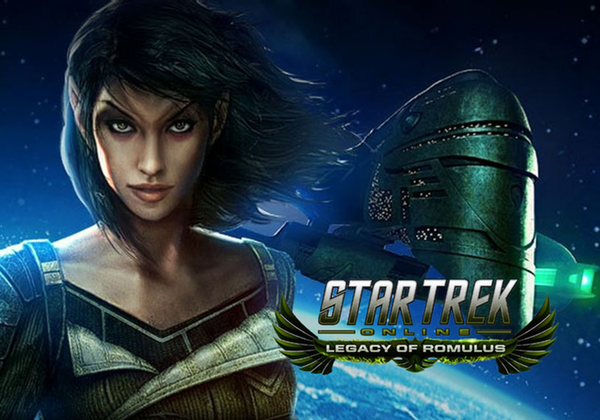 While not much new was introduced to Star Trek Online, by the Legacy of Romulus expansion, with respect to game play, the Romulan/Reman story is well worth the cost of admission. Whether you bought on of the Legacy Packs, or just jump into it as an F2P player, you won’t be sorry.

Previous to the expansion, I’d been playing Star Trek Online for about a year. At the time of the expansion’s launch, I had a Vulcan Science Officer, Vice Admiral, and an Orion Engineering Officer, Lieutenant General. I’m the kind of player that is mostly into MMOs for the story, and in faction based games I like to experience both sides of it. That being the case, and knowing that the new Romulan/Reman quest line would make me choose one of the existing factions at some point (making Romulans and Remans the Pandas of STO), I decided to create two Remans: twin sisters, M’jras and D’jras – Romulan Republic Tactical Officers. 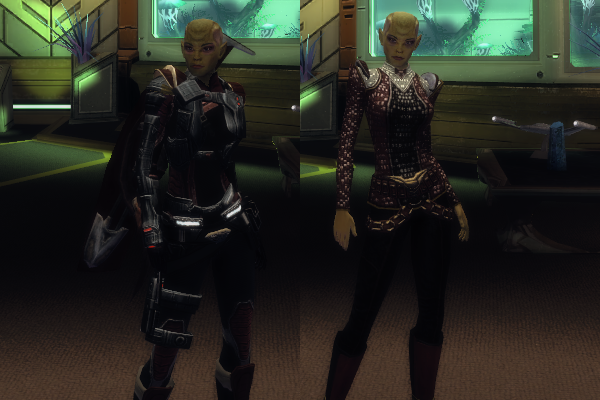 I did this because I thought there might be some differences between the Federation and KDF sides of the story line. They’re aren’t (apart from certain quest givers being different once you pick sides). Still, I like balance, and having had a Captain in both factions already, adding one to each side gave my slightly OCD brain a nice feeling of symmetry. All that said, lets move onto brass tacks. 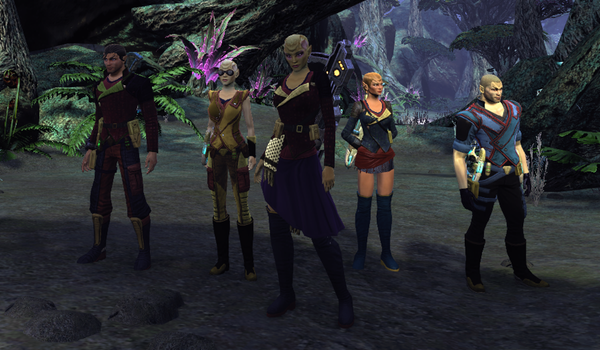 As I mentioned, there isn’t anything particularly new as far as game play is concerned. There are two new playable races: Romulans (which are unlocked for free), and Remans (which you must unlock using Zen, STOs Item Store currency). I had quite a bit of Zen sitting around, so I went ahead an unlocked the Remans; Romulans are very similar to Vulcans and I already had one of those. 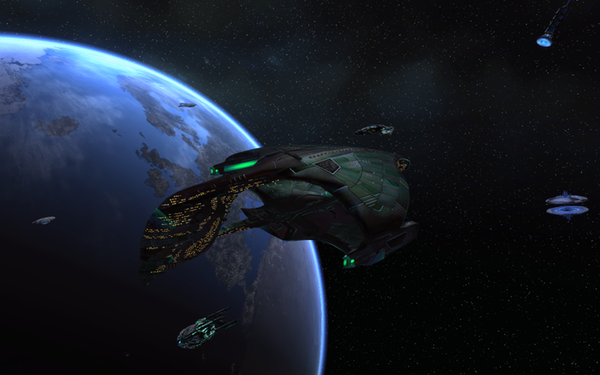 There are also some new ships, for the Romulan Republic. Sadly there is only one class of ship per rank level, but once you choose a faction you can also choose from that faction’s fleet as well. The Romulan Republic ships are a Cruiser class (Engineering), so later in the the quest line (between lvls 30 & 40) some of the space battles can take forever. The D’Deridex is very pretty and can take a pounding, but it handles like a wallowing pig and doesn’t hit very hard. I chose to stick with RRS ships for the Romulanyness (shutup, it’s a word) of them. 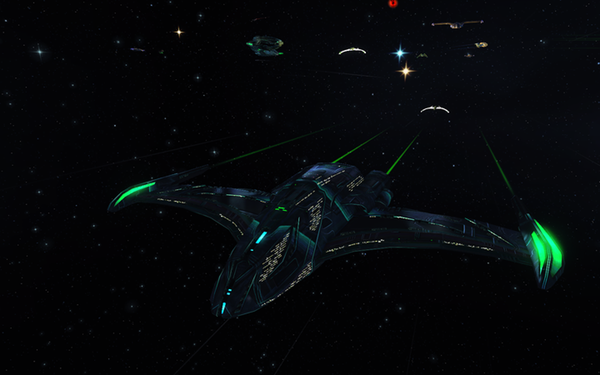 Thankfully, your final choice of ship gives you three Romulan Republic options, so you can choose one more suited to your Captain’s specialization. I went with the Ha’feh class; it’s more of an Escort type ship, handles much better than the D’Deridex, and does some squee inducing damage. This is a particularly good thing as the last mission in the Romulan/Reman chain, Devil’s Choice (which you do at around level 38-40 depending on how dillegent you’ve been with your Duty Officers) is a nightmare of unbalanced combat if you do it in the D’Deridex. On M’jras I was level 38 when I picked up this mission, so I had to do it in the D’Deridex. I must have died twenty times before I completed it. On D’Jras, I was already level 40, and had gotten my Ha’feh, and it was ridiculously easy. So, um, word to the wise. 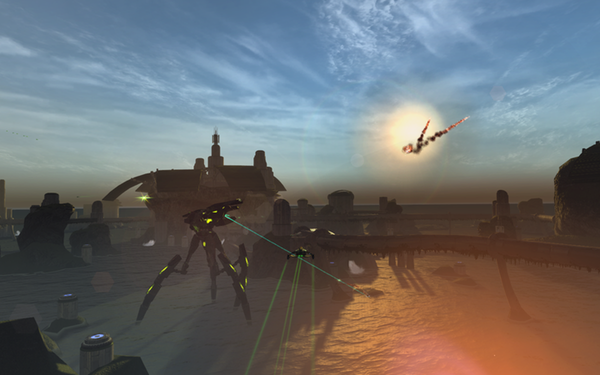 This brings up another painfully unbalance mission, if you don’t have the right ship, Last Stand. Past experience with STO has taught me that the smallest shuttles and fighters are no more than flashy rides to get you from point A to point B; bragging rights ships. Knowing that, when I was given a chit to get the Romulan Republic version of the tiniest shuttle, I took it but also plunked down some Energy Credits and bought the Romulan Republic version of the Runabout. Boy am I glad I did that. 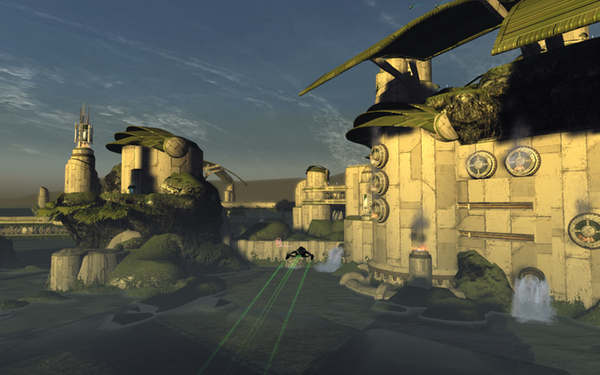 Last Stand is even more painful in the puny shuttle than Devil’s Choice is in the D’Deridex. While I still died a few times doing Last Stand in my Runabout (with the added benefit of an Engineering Bridge Office who could heal up my hull now and again), it was much more enjoyable and I actually had a great time leading a squadron and fighting bad guys in atmosphere. There are a few other missions in the later part of the chain that were made much easier on my second play through with a more thoughtful choice of ship. But, really, this is the nature of STO; in some MMOs you have to juggle your gear and builds to tackle particularly hard missions, in STO you pick a ship. 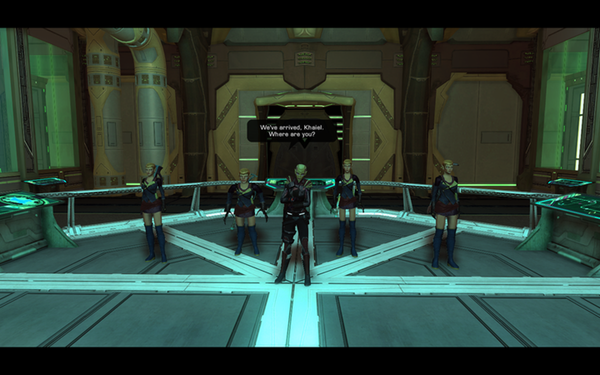 None of the missions were so unbalanced that I couldn’t complete them and, while others’ mileage may have varied, I didn’t experience any game halting bugs. However, there are enough bugs, both hilarious and annoying, that it bears mentioning. The screenshot above is an example of a particularly hilarious one in which the game sometimes replaces Bridge Officer models, in Cut Scenes and in the new animated Quest Giver Dialogs with the wrong Bridge Officer model. In the cut scene above, the game cloned one of my Bridge Officers and put her model over the other three Bridge Officers in the Away Team.

This is what my Away Team should have looked like in the Cut Scene. The Tellarite, second from the right, was particularly hilarious as a squat female Romulan in a mini-skirt. Definitely funny, but not game breaking or even really annoying. Once the Cut Scene was over, everything went back to normal. Most of the other bugs, in my experience, followed this same pattern. I do have one that is particularly annoying, though still not game breaking; on D’Jras four of her five outfits have become unusable. I cannot wear them, modify them, rename them, and most annoyingly can’t delete them. The game seems to have refunded the slots so I can create new ones, but those old broken ones are taking up screen real estate and serve only to remind me that they are broken. I’ve put a ticket in, but it seems support is swamped because I haven’t even seen an acknowledgement of the ticket, let alone a response, in going on two weeks now. Still, as I’ve said, not game breaking. Just annoying. 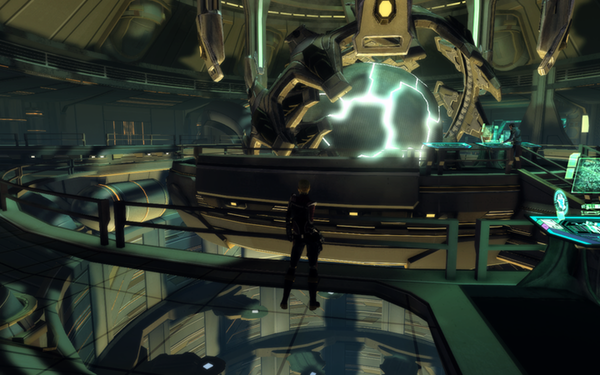 Game play remains much the same as it was pre-Expansion. There is a new Trait System that removes the burden of choosing traits for your Captain before you’ve even played them, and gives you grater flexibility in choosing race without making you feel like you’re sacrificing form for function. The new Warp Core System is also pretty neat, making the Warp Core a new component in your ship, and giving you some new abilities based on what kind of Warp Core you have. Nothing really ground breaking, but definitely some welcome additions. Some improvements have been made in the over all graphics as well. Stunning visuals like the Singularity Warp Core in my ship (pictured above) and some really cool looking, lush jungle environments really helped sell the new story line and keep me engaged. 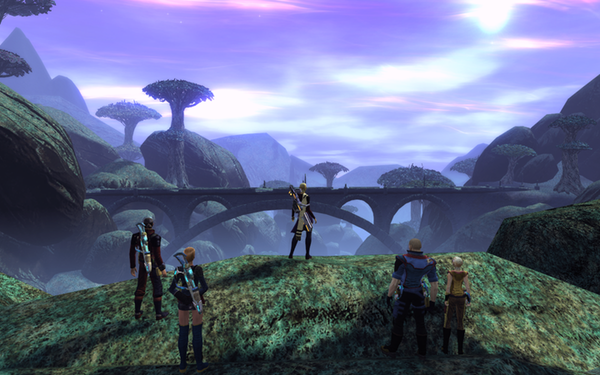 Everything has been woven into and tied together really well with the existing Episodes, including the New Romulus stuff that was already present in the game pre-Expansion. When you shift out of the new Romulan Republic story (at around level 40), the transition into the existing Episodes is pretty damned seamless. Over all, despite the couple of frustrating missions and the handful of annoying, but non-game-breaking bugs, I have really enjoyed playing through the new content (twice). Given my game-whore nature, it says something that I’ve been playing Star Trek Online: Legacy of Romulus almost exclusively since it launched. If you like the Star Trek Universe and enjoy space battles and laser beams flying around, you’re doing yourself a disservice by not playing it. It’s free to download and play!

The Bad: Lost of Annoying Bugs.
Painfully Unbalanced Missions.
Did I Mention the Bugs?