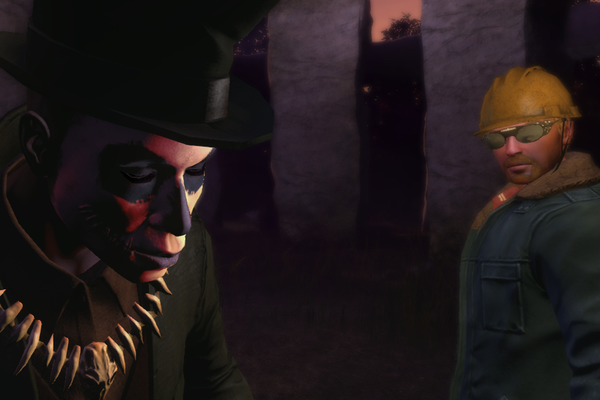 The Secret World‘s Samhain 2014 event kicked off last week, on Thursday, while I was down in Florida pretending to be a pirate, so I didn’t have a chance to get in on all the ghoulishly fun action until yesterday. In keeping with Funcom‘s promise to always add new content to their events, Samhain 2014 is rife with things to do. I immediately felt like I had some catching up to do. 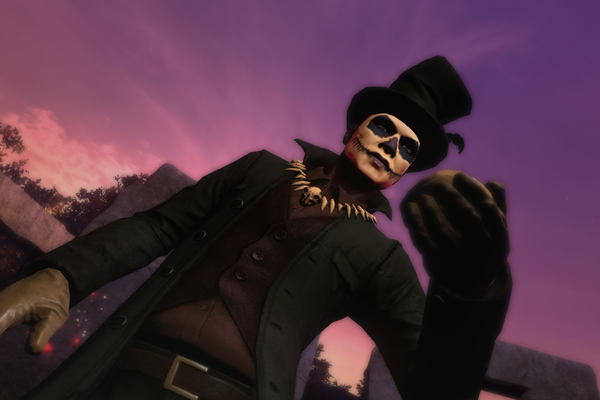 The first thing I did was bring up the Item Store to claim my monthly prize and see what new delights had been added for the event. I’d known, from reading up on this year’s event, that there was a special Halloween Party Pack that, when applied correctly, would earn me a new dance. This was a must, so I dropped the needed Bonus Points and headed to Agartha. There seems to be a perpetual cluster of bees right in front of the portal to London, so I popped my pack amongst them and earned the Thriller dance. And there was much rejoicing. 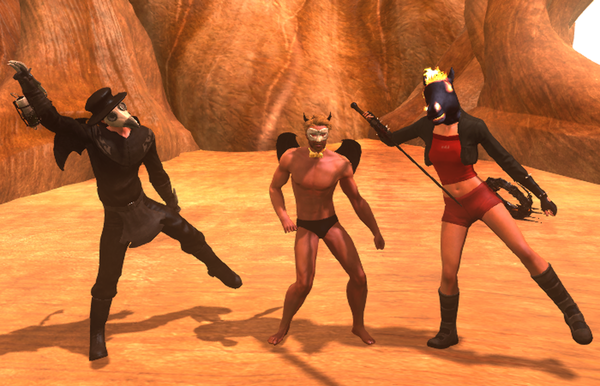 I also ran a Super Jack attack, and powered my way through The Meowling (last year’s Samhain quest chain), in order to unlock The Cat God dungeon and run that. I poked around a bit more, but since the Knights of Mercy had planned to run The Broadcast that night, I mostly left off there. 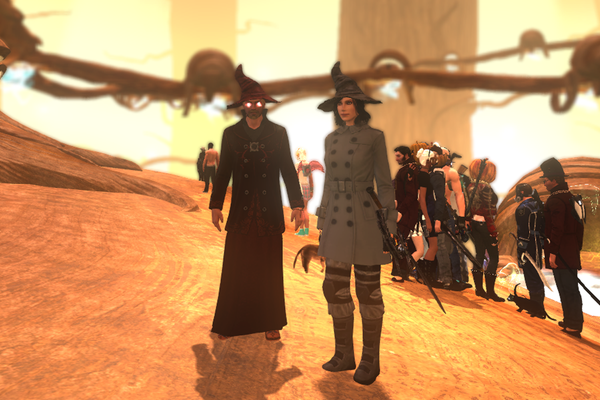 Last night, while waiting for everyone to log in, I put together an outfit inspired by the new sorting … er wizard hats available in the Item Store. Mogsy did too, and I snapped this screen after she’d popped her party pack in the cluster of bees behind us. Then Mogsy, Rich, Syp, and I set off to see Dave Screed. 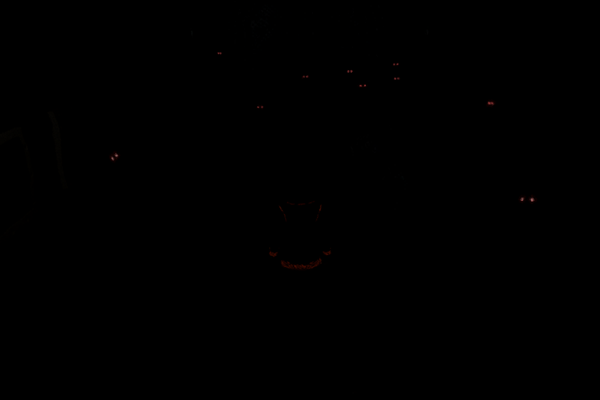 Dave Screed is no less insane than he is the first time you meet him, but the quest he sends you on is worth all the tinfoil hat rantings. The Broadcast, like so many of these event quests in The Secret World, sends you to practically every zone in search of radios broadcasting Numbers Stations. There’s actually an achievement linked to these radios, but it requires running The Broadcast three times, finding three different radios each time, in order to complete it. Ultimately it sends you to face The Presenter. You, of course, have to make your way through his devilishly appointed funhouse first. Without getting spoilery, I am once again blown away by Funcom‘s ingenuity. 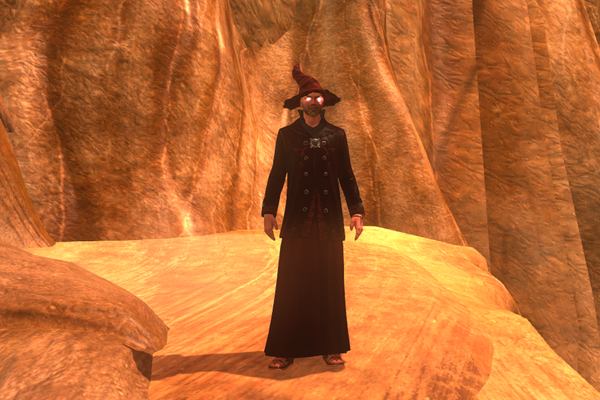 As seen earlier in the post, I sported an outfit I’ve dubbed The Wiz for most of the night. You too can look like a crotchety red wizard if you have at your disposal the Red Crooked Wizard Hat, Red Fiery Eyes, The Plague Doctor’s Black Leather Overcoat, the Ritual Coat, Left Red Prayer Bracelet, Red Hakama, and Red Moccasins. All I was missing was a sweet, gnarled staff.