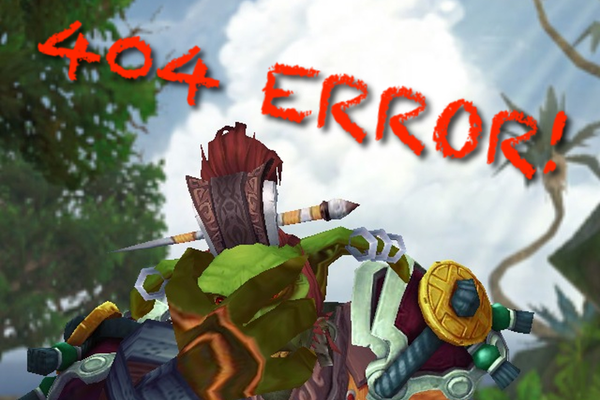 I’m sitting here, this morning, waiting for the WoW servers to complete their maintenance (which I just notice has been indefinitely extended). To kill time I’ve been reading through the thread on the official forums detailing all of the launch day issues. My god, some folks are spoiled, entitled dweebs.

In case you didn’t know, there was a massive DDoS attack leveled agains the Blizzard servers yesterday. And additional perspective can be gained by understanding that, despite the DDoS attack, claims of quest bottlenecks, and the general assertion by many of the loudest, whiniest voices in the WoW community that Blizzard is incompetent, there were still many players who reached level cap in the first day (though some were using exploits and were rolled back, no doubt just compounding the launch day issues).

My point is that issues on launch day, for any game, are the norm not the exception; experienced players know this. There hasn’t been a WoW launch, ever, that was free of issues or the vocal minority crying into their Beer Basted Boar Ribs. Add to that an unprecedented DDoS attack, and there are going to be noticeable problems. Keep in mind too that we’re not talking about a game that has to contend with a couple of million folks at launch. World of Warcraft is still, despite all the recent MMO launches, the big daddy of them all; 6.8 million subscribers, plus another 600,000 new and returning for Warlords of Draenor. As someone who has worked in network engineering and network security for the past 22 years, I cannot even begin to imagine the logistics.

All that said, as I mentioned in my previous article, I had no issues on launch day. Until peak login time it was like any other day of questing. There were a few occasions I had to wait for a mob to spawn, or I had to run around an area in a zone competing for elekks to make steaks out of. There were a couple of world server crashes that had me back in game within 5 minutes. I only experienced a queue, and admittedly it was a long one, when I tried to log back in after dinner. None of this, though, prompted me to unsubscribe, demand a refund,  or act like my first child had just been murdered by a roving pack of Blizzard employees. I, in fact, managed to get one toon to level 92, and a second to level 91. Maybe I’m too old to give that many fucks about it, but I think that’s pretty decent progress for one day.

Also, can I just ask something? What kind of sub-human, basement dwelling, neck bearded script kiddy gets their jollies attacking a game? Seriously!? A game!? Pathetic.

Rest assured that all of this will blow over in a day or two. In the mean time take your time in game, when it comes back up, or go play something else. It’s not as though Warlords of Draenor is the only hotly anticipated game to launch recently. Oops.