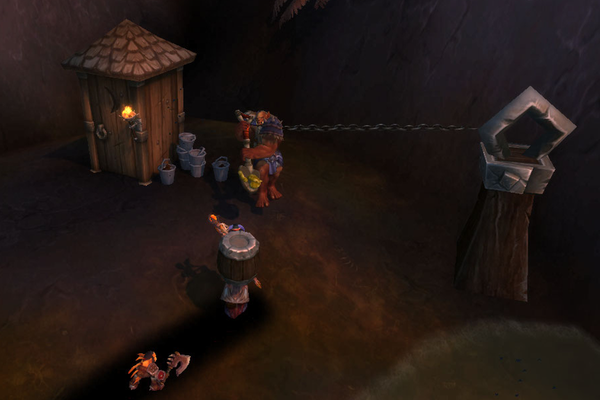 Yesterday was World of Warcraft: Warlords of Draenor launch day and, despite the intentionally misleading title, things went a lot smoother than I expected. The title is more a reference to the ubiquitous ‘poop quest’ that seems to be present in every World of Warcraft expansion. Somewhere along the way you’re going to have to collect poop, sift through poop, clean up poop, or watch a guy shovel poop (pictured above). 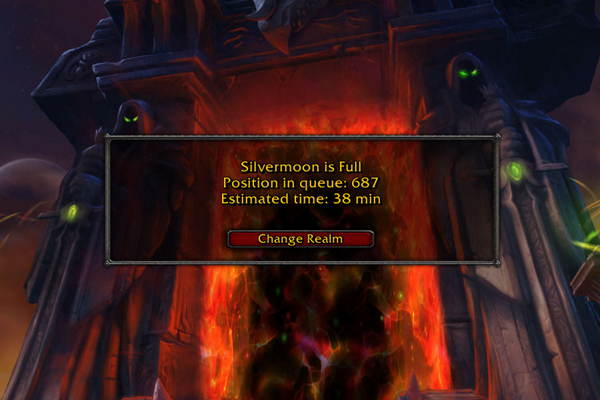 Despite having gained over half a million new subscribers in the days leading up to the launch of the expansion, launch day went pretty smoothly for me. This year I broke with tradition and did not stay awake for the actual launch hour (3AM for me), but I was on early in the day yesterday and had no problems at all; there were no queues, no lag, and no bugs for me. Things changed as the afternoon wore on, with a couple of world crashes, but it wasn’t until the evening that I experienced anything annoying. Like a ding-dong, I logged out for dinner, so when I went to log back in I ran into an hour long queue. Once in, though, the game ran great, minus another weird world crash that ended my night (I was just about to log out for the night anyway). All in all it was a pretty great launch day, and I managed to get a lot accomplished. 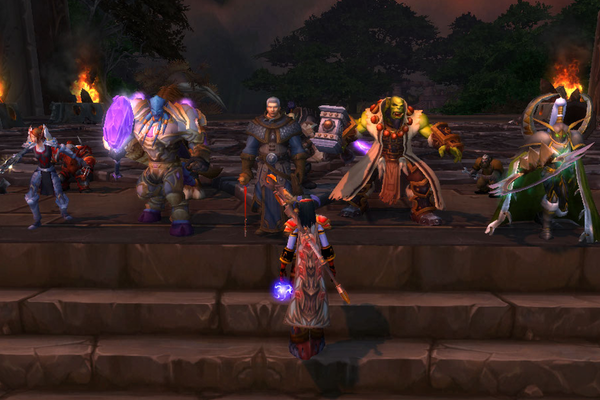 The introductory quest line that leads you through The Dark Portal and into Tanaan Jungle on Draenor and beyond is pretty awesome. Khadgar, Maraad, Thrall, and a host of others are all present and, depending on whether you’re Horde or Alliance (I did both) you’ll follow Thrall or Maraad around, leading refugees to safety, until you establish your Garrison. 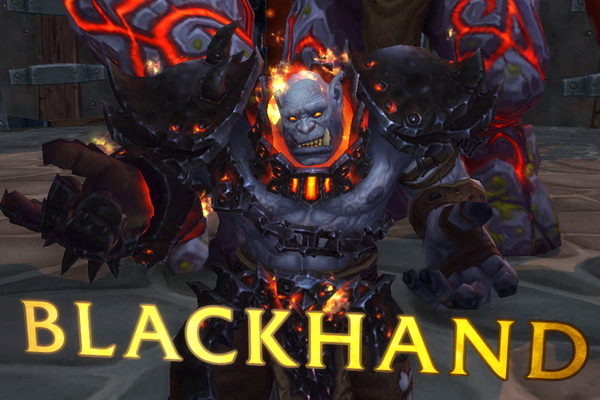 Ahhhhrg! It burns us, precious! 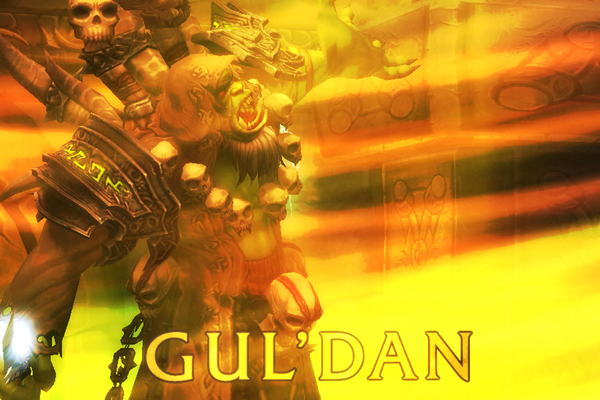 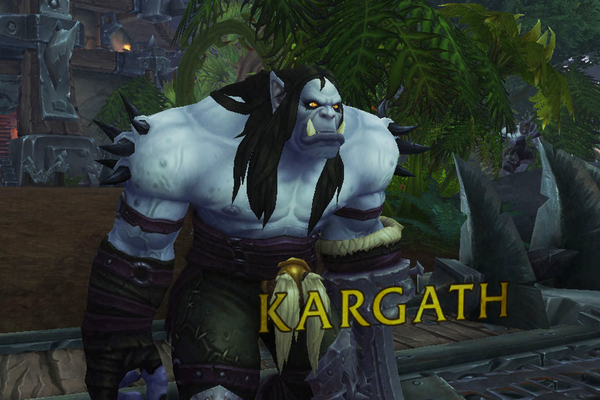 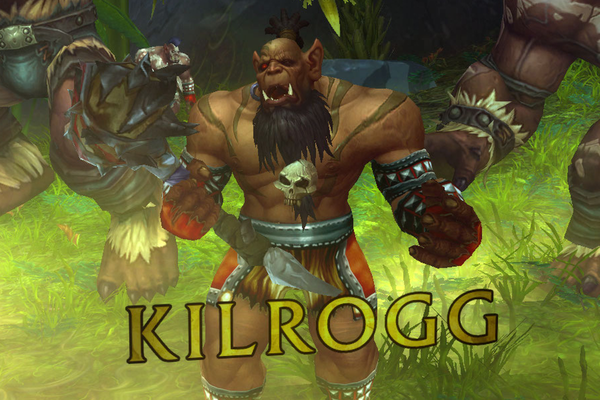 I can’t wait to ride around inside Arthas. 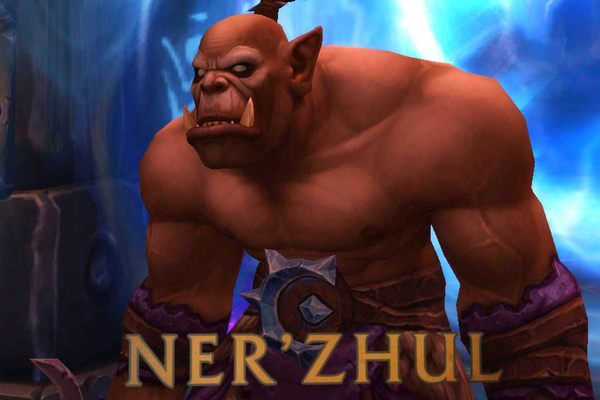 Along the way you’ll be introduced to all of the Warlords: Blackhand, Durotan, Gul’Dan, Karthag, Kilrogg, Ner’Zhul, and, or course, Grommash. I think only the Horde players get to see Durotan, though, at least during the introduction. Apart from who leads you (Thrall or Maraad), and the business of Durotan, the two quest lines are nearly identical until you reach your Garrison. I think Blizzard has learned a lot from previous expansions where the introduction of villains is concerned. I really liked the way it was done in this expansion and I expect we’ll be seeing a lot more of these Warlords as we go. 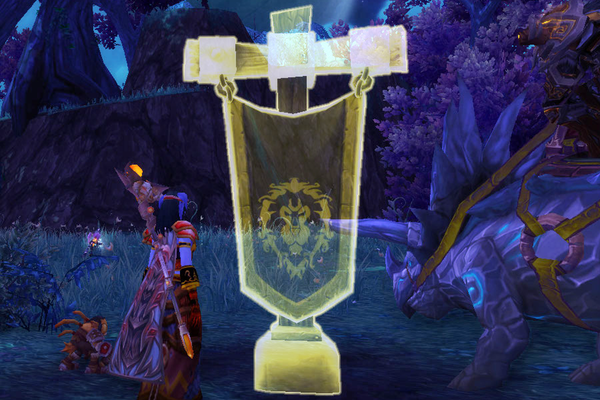 I, personally, was really looking forward to Garrisons and I really like the way it seems to be tied into the entire questing experience on Draenor. You pretty much establish your Garrison as soon as you complete the introductory quest line, and so far it has been a part of all of the questing, in one way or another, I’ve done since for both Factions. I suppose you could skip the whole Garrison experience, but I really think you’d be depriving yourself of some really cool stuff. I particularly like the collection of Followers and the missions you can send them on. 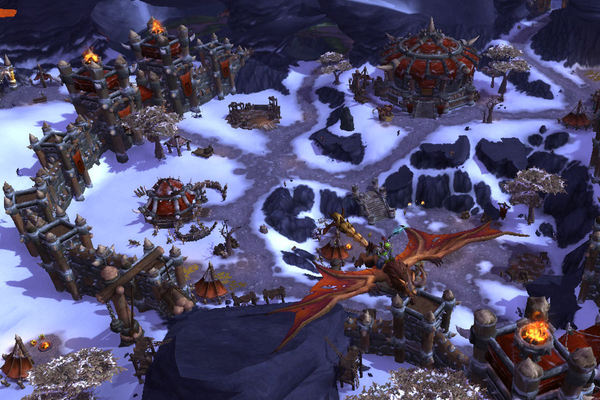 The questing experience itself is pretty much the same as previous expansions, however they have added Bonus areas to the zones (random quests pop up as you enter an area). They have also integrated Professions into the zones themselves. For example, just killing your first few mobs, past the introduction, will earn you a drop to boost First Aid and Cooking to Draenor levels, casting a line into open water (not a Fish School) will get you Draenor Fishing on your first successful catch, surveying your first Dig Site will get you Draenor Archeology. They’re are also quest lines for advancing the main professions, so keep an eye out for those. 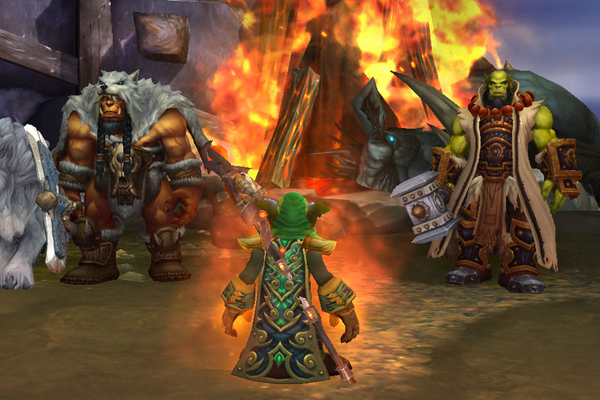 Over all I’m really pleased with the expansion so far. It’s been a lot of fun going back to Draenor and getting to see it as it was before it was blown to pieces and became Outland. There have also been some really cool moments, like getting to see Durotan and Thrall (father and son) standing side by side. Or seeing an Ogre nailed to a ceiling with a spear. 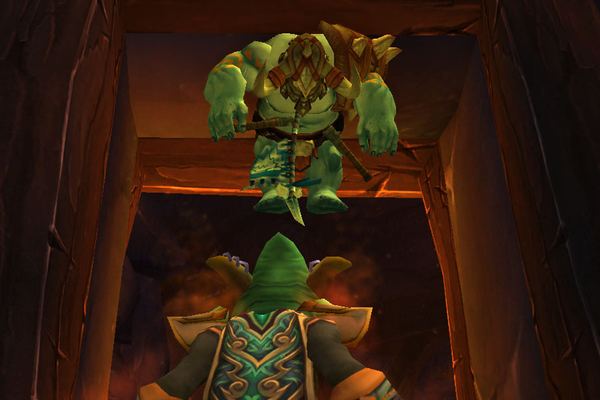 Best of all, for me at least, is the Garrison. I can see it being a huge gold sink for me. I really do like the Followers mini game, and I love that you can repeatedly click on the residents of your Garrison and get different emotes, just like in Warcraft, “Me not that kind of Orc!” 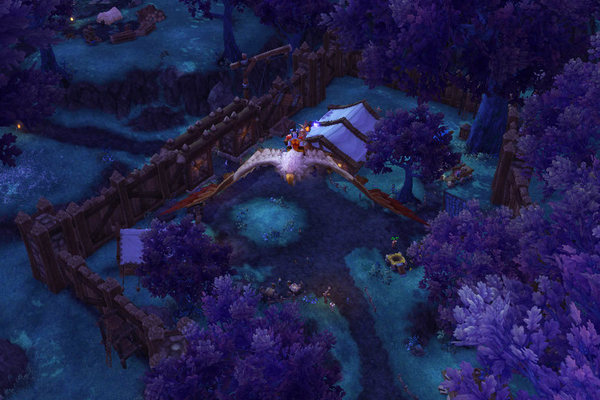 Look for more posts as I progress through the content. I think, going forward, I’ll be focusing on my Draenei Shaman, Tenelle, until I get her to level cap. Then, I’ll go back and finish up Gosur.