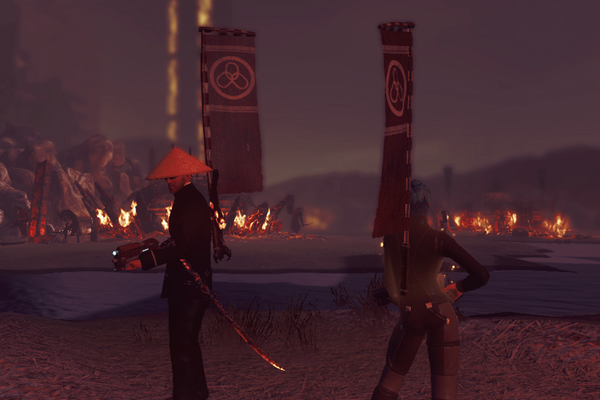 This week marked the first official Secret Monday in a while (last week was Weird Wednesday, remember). As planned, the Knights of Mercy stepped back onto the streets of Tokyo to pick up where we left off. Mogsy and Rich got a late start, so Syp and I decided to forge on ahead and double back to help them once they arrived. After a lot of running around downtown Kaidan looking for lost cell phones, we headed to the Oni camps to get some sweet back banners and kick some Oni ass. Speaking of asses, nice one Syp. 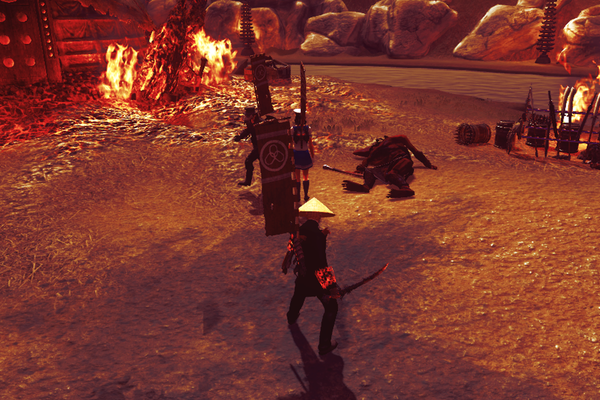 The  was a lot of running around the Oni camps. And, also, a lot of Oni killing. Right now I have to say that I’m still very much on the fence about AEGIS. I definitely see what Funcom was trying to do, but right now, in the beginning with only the three AEGIS weapon augments, it makes the fights quite tedious. Hopefully, as we get more components and level the weapon augments it will improve. 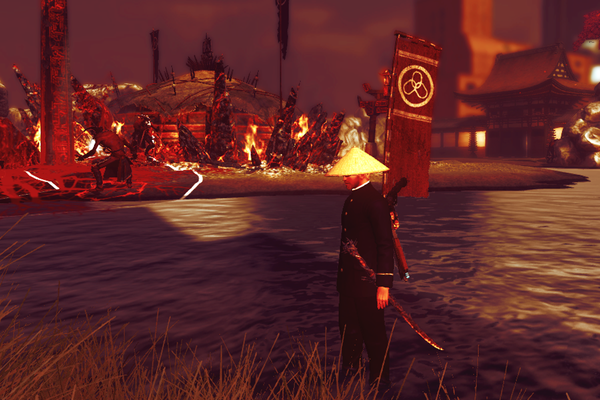 Still, we got to wear our sashimono for a good while because of it. I really do hope these end up as purchasable from the Item Store or from one of the faction vendors. I love me some back banners. 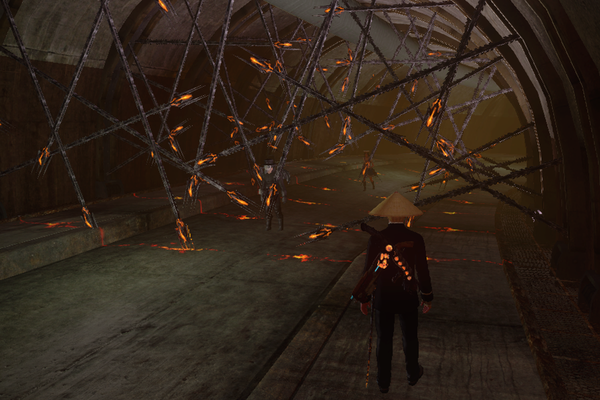 After raiding the Oni camps and blowing up their toys, it was time to head into the sewers (why is it always sewers). Luckily, these sewers are pretty pristine, if you don’t count all the Oni trying to kill you and the spears trying to stab you. 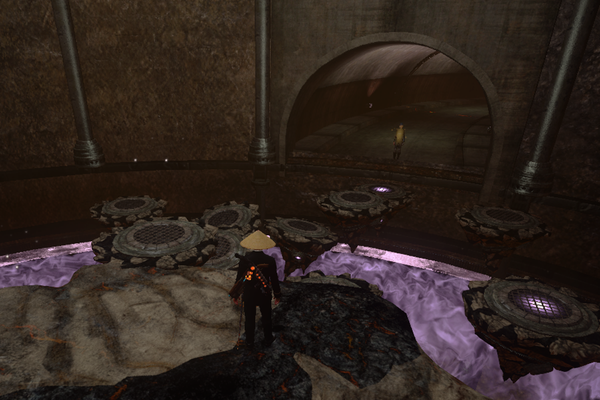 Speaking of inanimate objects trying to kill you, this issue seems to have an inordinate amount of jumping and dodging puzzles, much to Mogsy‘s chagrin. Though, in all fairness, she made it past the one above on her first try. She was not so lucky with the Stabby Sewer Spears from Hell. 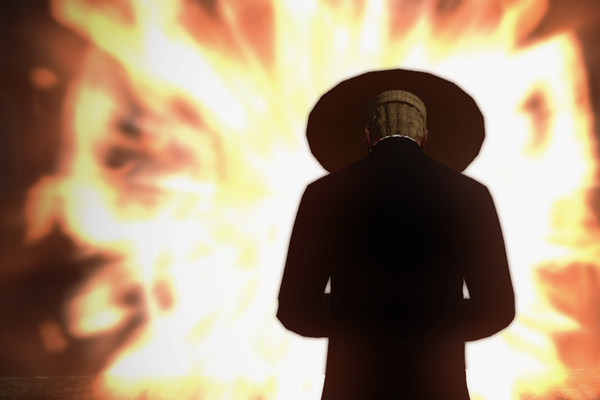 This section of the Main Story quest line was pretty interesting, though. It involves a lot of portal jumping between two different sewer realities in order to get past obstacles. It was a touch confusing at first, but we managed to corner Ibaraki, leader of the House of Sworn Revenge. 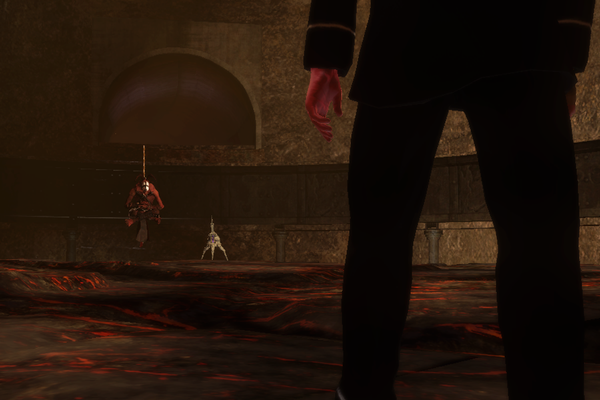 Like most of the “elite” Tokyo mobs, Ibaraki has two AEGIS shields instead of just the one. He also has a propensity for knocking you off of the platform he’s lead you to, so beware. 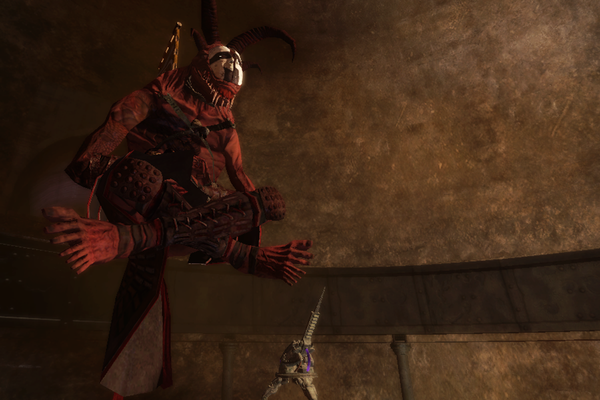 He’s kind of a freak. I mean, seven toes? That said, I am really digging the art style of the new mobs in Tokyo. Some mobs have just been ported over from previous zones, and that makes sense both for the story and for development cost savings, but there are a healthy number of completely new models for mobs and they are definitely cool. 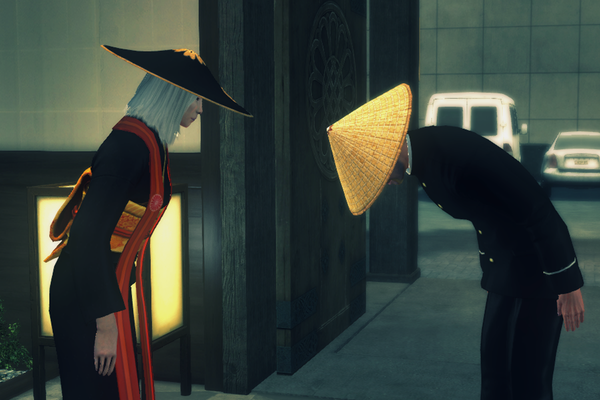 With Ibaraki dead, or banished, or whatever happens to demons when you “kill” them, it was time to head back to Gozen for our pat on the back. It is, of course, only the beginning, so after some stiff congratulations and some yelling, she sent us off to see Imbeda. 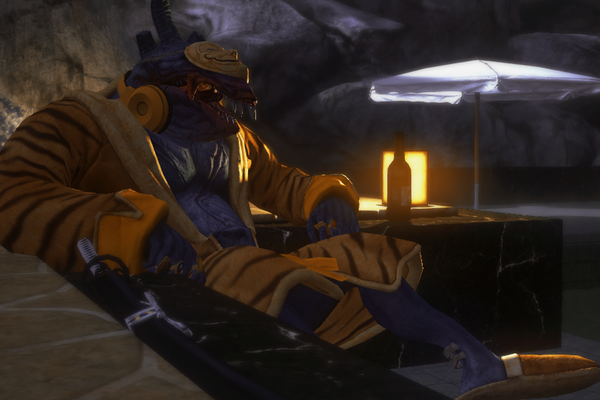 Imbeda is pretty cool, both visually and personality wise. It almost made me wish I’d rolled Illuminati … nah! Anyway, he is a total freak. There are all these manikins around his bath house. 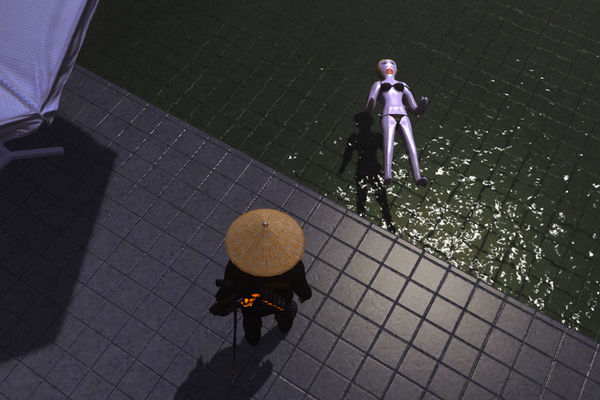 And, um, other dolls. It’s probably a good thing that Bees don’t talk much, because I’m thinking I might have said something that would have gotten me in trouble. 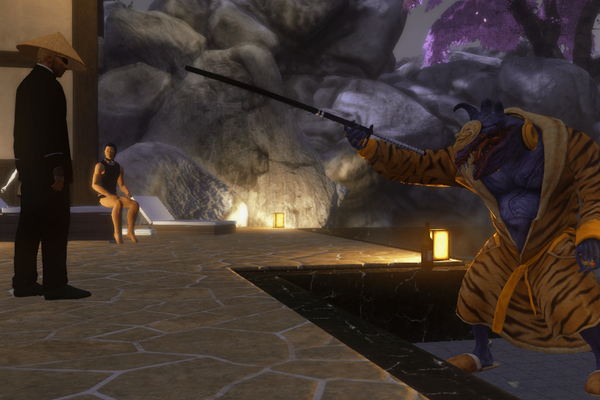 Imbeda isn’t a really stable guy, after all. I kind of kept cringing every time he stood up to rant and rave. I really, really did not want that robe to come open. 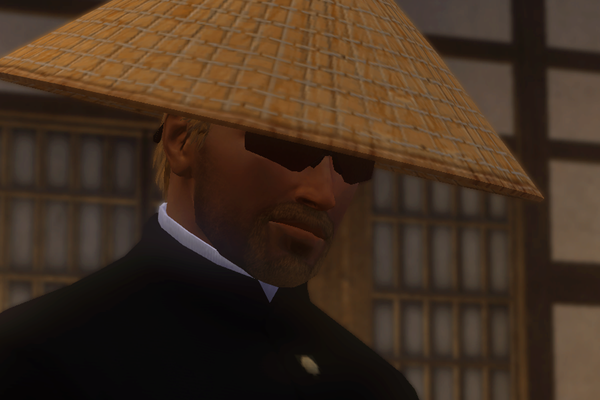 I mean, seriously, is there and Oni HR rep I can speak to about this guy?