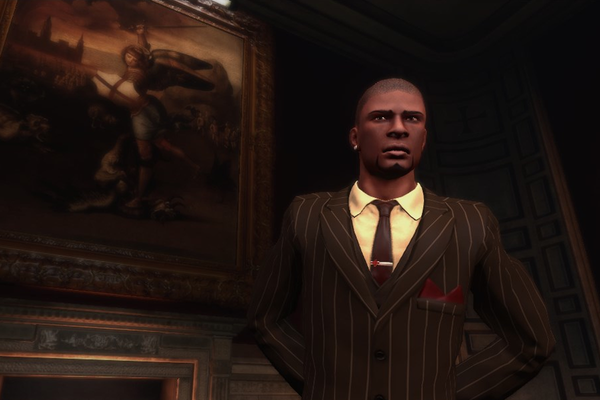 Finally, at long last, Issue #9: The Black Signal — the first true expansion to The Secret World which adds the Tokyo playing field — has launched. For Templars all of the Filthy goodness begins with a call from Richard Sonnac. After running to London and listening to his intellectual diatribe, it’s time to head to Venice, where trouble is a’brewin’. 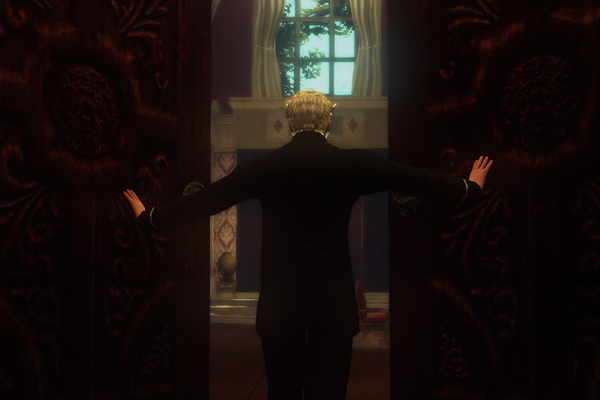 Once again it’s time to visit Arturo Castiglione. This time, though, you get to see his fancy office. You also get to complete a frustrating Side Mission there, after you have your little chat with him. If you run into trouble, there’s some help for Spy Games. 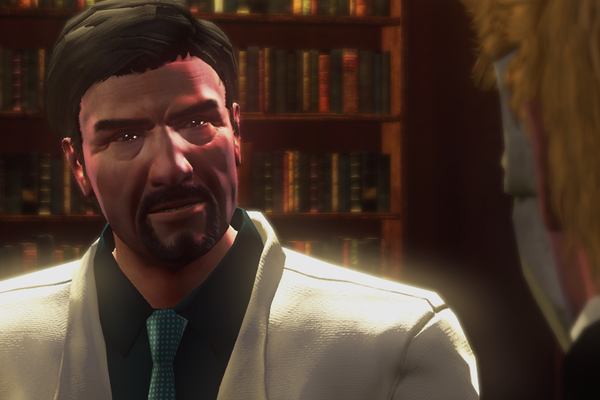 Side Missions aside, this expansion has honestly been worth the wait. The voice acting is amazing and the cut scenes themselves are top notch with cinematic like camera direction. This is something I think The Secret World does better than any other MMO I’ve ever played. It really is like being a part of a movie. 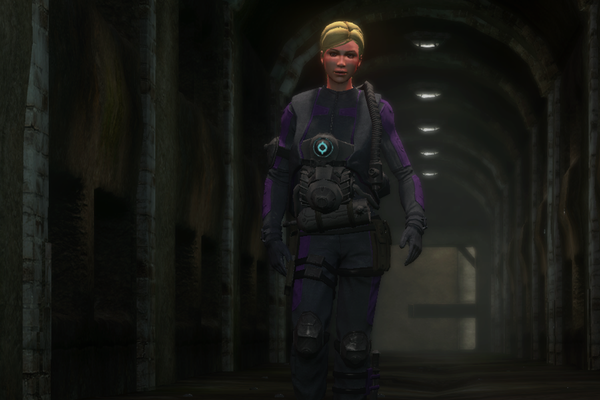 There are even those amazing moments when people you’ve met before, suddenly pop up unexpectedly … just like in any good movie sequel. Still, there are definitely game elements as well, and the first part of making your way to Tokyo is heavy on the jumping kind.

I don’t mind jumping puzzles so much, but Mogsy hates them with a fiery passion. See what I did there? Damn, I’m hilarious … but I digress. 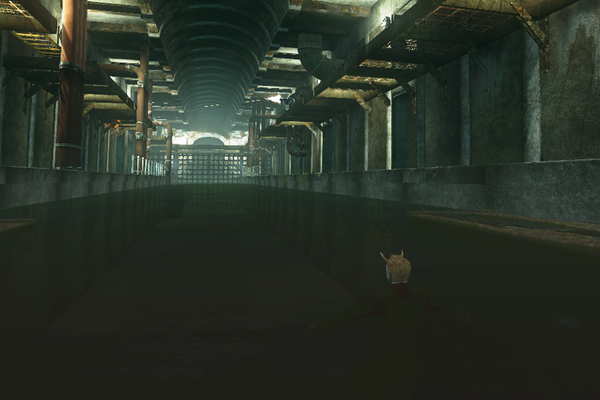 I don’t remember ever encountering deep water before, but you learn all about it beneath Venice, as you repeatedly fall or get knocked into it. I’ve been told swimming is not new (thanks for clueing me in @glctrx and @rowanblaze), but I honestly don’t remember having to do it before. The actual swimming animation is a little weak, but it’s something. 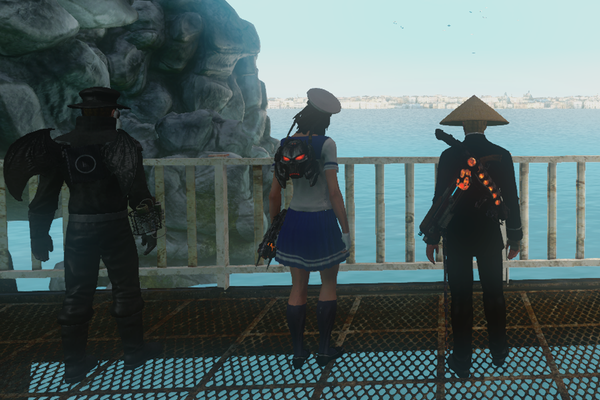 Even under Venice, though, there are those wonderful views that The Secret World always provides. We took a short break from our discovering of dark secrets and slaying of bad men to admire this one.

Our reward for saving the day is, of course, to be unceremoniously dumped from one stinking under ground place into another. 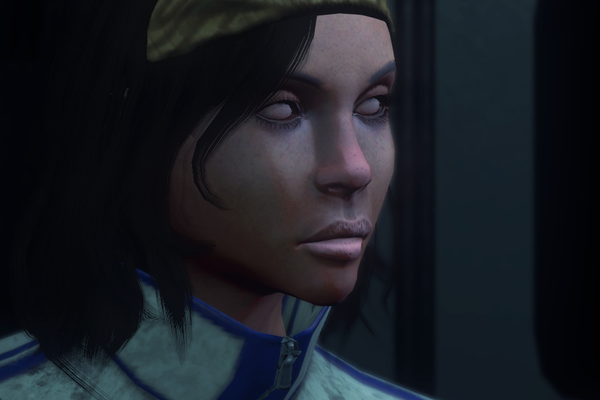 Where we meet yet another person we’ve met before … though admittedly we crawled around in her mind more than met her. She is, as one might suspect, a little worse for the wear. She does have her wits about her enough to kind of explain the AEGIS system. Though, honestly, you’re better off looking up the in-game help on that one. 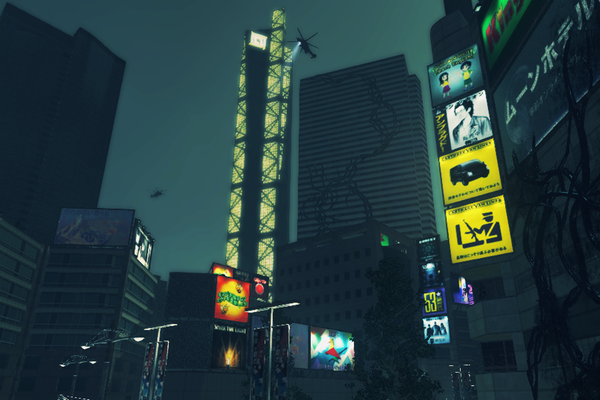 Finally, though, you crawl out onto the streets of Kaidan, Tokyo, Japan — the first truly urban playing field in The Secret World. And folks, they rocked it. Imagine the Manhattan Exclusion Zone, but BIG. Yeah. It’s that awesome. 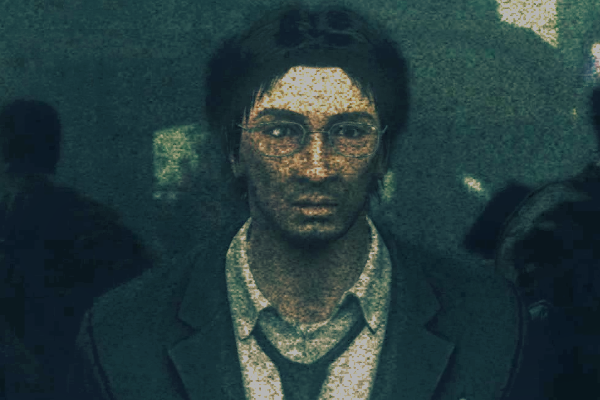 Dire warnings blare on public broadcast systems as you make your way through AEGIS wielding, Filth infected locals who gibber and yell in Japanese. 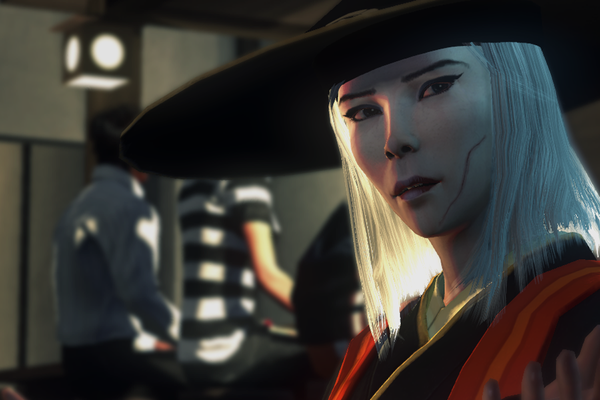 Eventually, as a Templar, you make it to Gozen. She has to be, hands down, one of the coolest characters yet. I, personally, am in love and am SO glad I went Templar lo those many months ago. 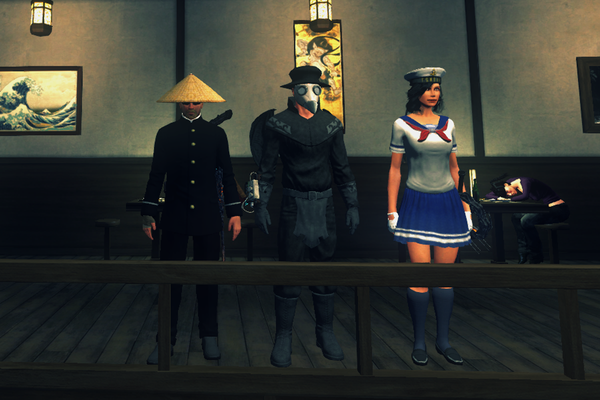 We called it a night after talking to Gozen. I think we’re going to do our best to stretch out this content. I personally hope Issues 10 and 11 will come faster than 9 did. And, to their credit, it is the game’s first true expansion, so I’m willing to give them the benefit of the doubt. But, as I said, they definitely delivered and made the wait worth it. 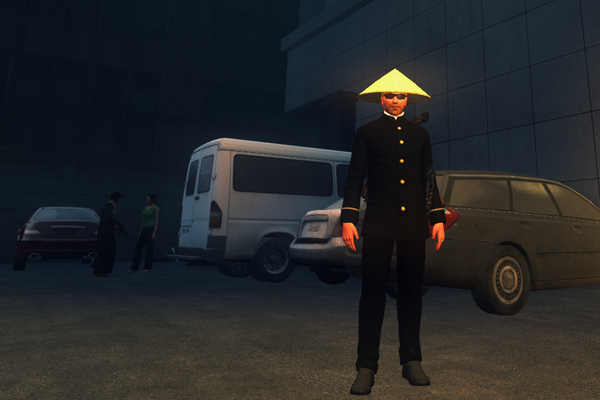 If you have the means, I highly recommend you pick up the Collector’s Edition of Issue #9. It is so choice; it comes with fancy outfits, a mask, a title, and a shielding gadget that will prove very useful in Tokyo. Trust me.