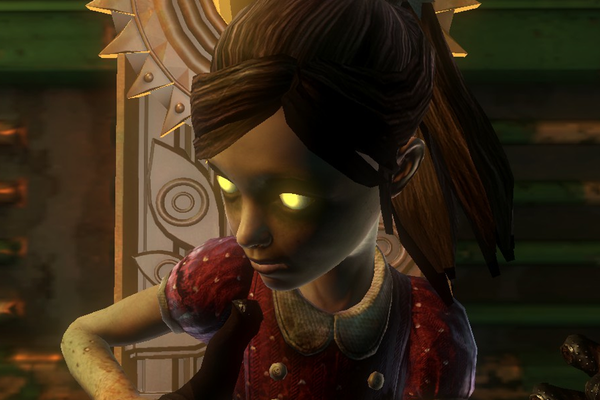 Apart from Assassin’s Creed IV: Black Flag eating up most of my gaming time lately, I’ve also been spending some time in Rapture, the underwater dystopia featured in 2K‘s epic survival horror FPSs Bioshock and Bioshock 2. I picked up all three games (including Bioshock Infinite) as a bundle during the Steam Holiday Sale and have really been enjoying them. 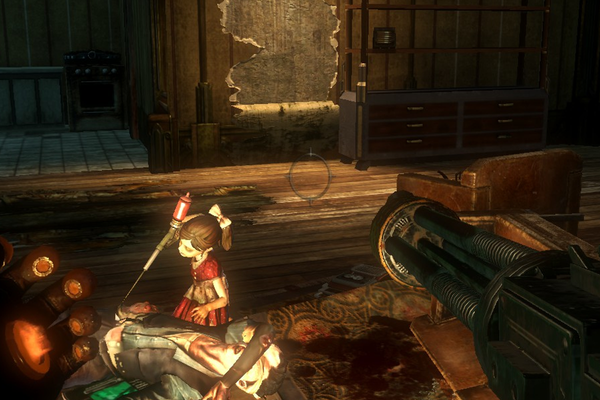 I had always meant to pick up the games for Xbox 360, when they were originally released, but I’d never gotten around to it.  I’m really glad I took the leap on Steam, and snapped up the PC versions, because honestly the story in these games is just absolutely amazing. I’m only, at this point, about halfway through Bioshock 2, but the end of Bioshock was absolutely fabulous. 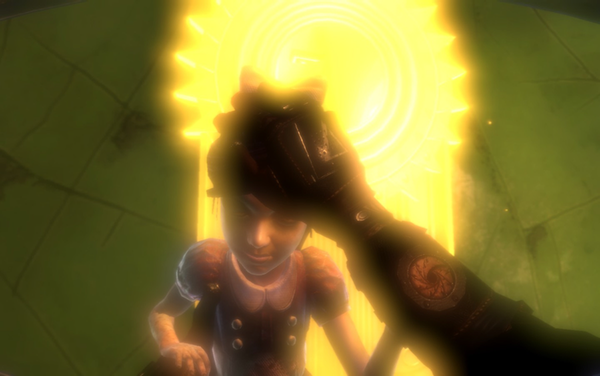 I couldn’t bring myself to Harvest a single Little Sister in the first game, and so I was treated to the tear-jerker ending  where (spoiler alert) all the Little Sisters grow up to be amazing, educated women who are by your side when you die like loving daughters. Really amazing. 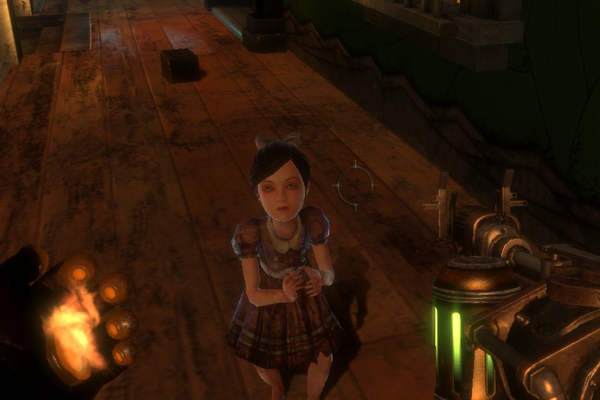 In the second game, I’m continuing the same trend; I mean, honestly, who could bring themselves to hurt such adorable little girls. I do have to say that they are much more ‘adorable’ in the second game then they are in the first. There was a pretty vast improvement in at least the character model designs, though the sets are still as awesome. 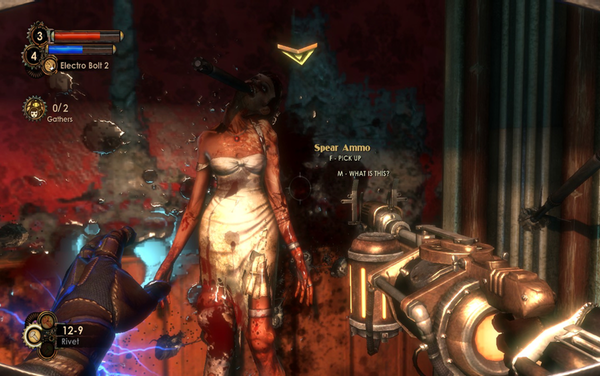 The level of creep in these games is pretty astonishing too, and I love how it often sneaks up on you. You can go through several areas without seeing anything particular gruesome, and then BAM, lady nailed to a wall with a spear. And you can remove the spear to use as ammo for your spear gun; she slumps to the ground. *shiver* 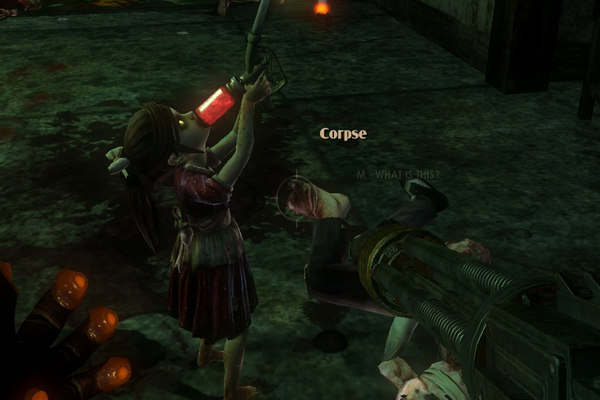 Of course, the Little Sisters are ALWAYS creepy, as they were in the first, but I am really enjoying being able to play the part of a Big Daddy this go around. I do have to say that the siren screech of the Big Sisters sends shivers up my spine every danged time, and the gibbering conversations of the Splicers add tremendously to the setting. 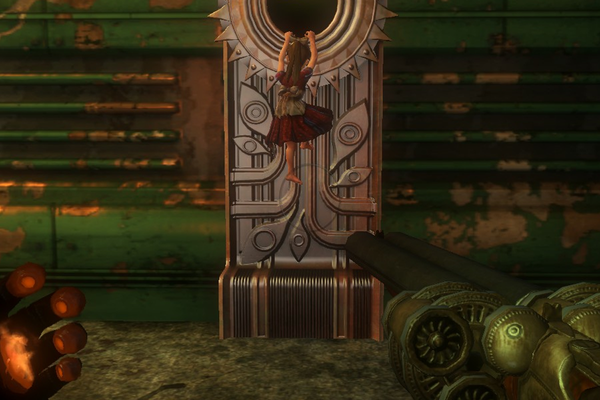 I’m really looking forward to seeing how Bioshock 2 ends, but I worry about leaving the sunken halls of Rapture for the wind borne streets of Columbia. I really love the almost Victorian horror setting of the first two games, and I worry that Bioshock Infinite won’t have the same feel. Still, only one way to find out.