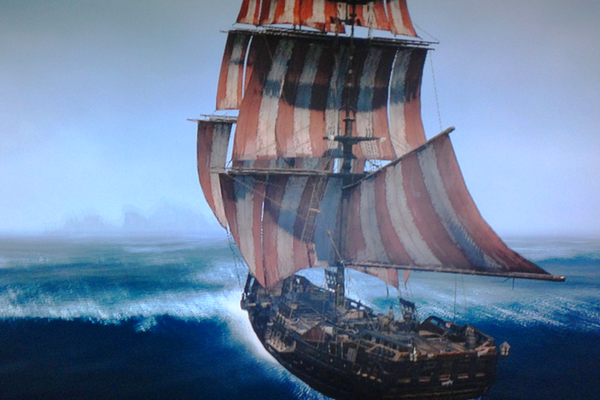 I have always been a huge fan of anything pirates. Maybe it was growing up in the Caribbean, or my Spanish heritage, or maybe, just maybe, it’s that the romanticized pirates in our collective lore are so fucking cool (note I said romanticized … real pirates are fucking scary). In any case, pirates are my jam, to use the vernacular. I’m also a huge, HUGE fan of Ubisoft‘s Assassin’s Creed series. I was first in line for the very first AC and in my opinion it was one of the only reasons, at the time, to own an Xbox 360.

Admittedly, the series started to get a little tired for me around the middle of Revelations. It wasn’t so much the free-running, assassination portions that I grew tired of, but the one man city improvement club that the game turned into in Brotherhood. It was fun then, but by the middle of Revelations I was getting tired of making the world a better place through neighborhood renovations. But, I still really loved the story telling, and Ubisoft‘s massive attention to detail and historically inspired settings. When Assassin’s Creed IV: Black Flag was announced, I knew it was probably the one thing that would bring me back to the series I loved. I do own ACIII, but I’ve never played it.

I was still a little leery about it, though, so I put off picking it up. Thankfully Santa, working through my lovely wife, brought it to me for Christmas, and that evening I popped it in. I haven’t put it down since. 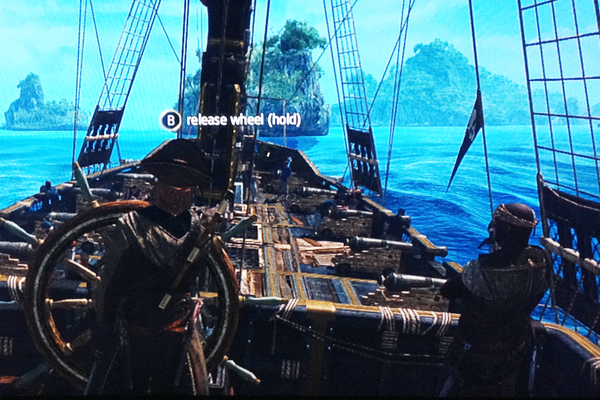 Before and since Sid Meier’s Pirates!, there hasn’t really been a pirate themed game for the Xbox 360 that was worth a bosun’s whistle in my opinion. I’m not sure exactly what it is, but it seems developers have a real hard time finding enjoyable game play in the genre, at least for me. Ubisoft has cracked that nut wide open, though. ACIV:BF is not so much a game of free-running assassination as it is a pirate game where you can also do free-running assassinations. There are so many facets and mini games to it that I really can’t see how anyone couldn’t find something to like. 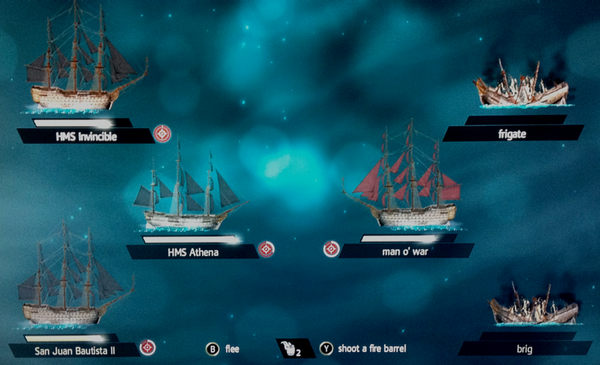 Setting aside the I’m a Free-Running Assassin Trying to Save the World from an Evil Secret Society thing that is the common thread through the Assassin’s Creed series (but fear not for ACIV:BF has that in spades also), you’re a pirate. Edward Kenway has at his disposal everything that would mean. You have a ship, the Jackdaw, that you can improve with money and resources you gain by attacking and taking prizes on the open sea. You also have a hide out, the island of Great Inagua, that you can also improve with money. As you take prizes you can add them to your pirate fleet that you use in a turn based mini game of trade and exploration, run from a map in your captain’s cabin aboard the Jackdaw. There are also treasure maps to find and their associated treasures to hunt down, and chests and mayan secrets and templar keys … and lions and tigers and bears! Really! Hunting! And whaling!

Sidebar here: Ubisoft has taken some heat, namely from PETA, for including whaling in ACIV:BF. I personally don’t condone actual whaling (except perhaps in the case of the Inuit who still do it with hand thrown harpoons), but really PETA? You don’t have a problem with the thousands of people killed in the AC games … but the whaling is abhorrent.

For my part the inclusion of it is historically accurate given the time period depicted and the class of people being portrayed. They also do a pretty decent job of depicting how whaling would have been done in those days. But, honestly, it’s neither here nor there. If you don’t like it, don’t do those missions. They are entirely avoidable. The resources you earn from hunting, sharking, and whaling are also for sale from a vendor on Grand Inagua.

You can find Ubisoft‘s response to PETA here. 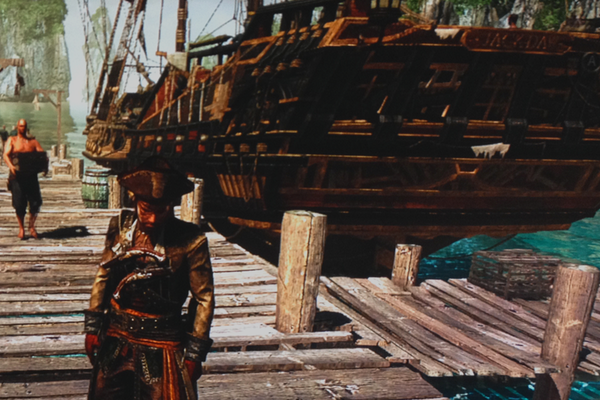 In short, while you do have to do the running, jumping, killing, tailing things common in the series to unlock some of the things mentioned above, there is this whole wide open ocean available to you that you sail aboard your own pirate ship from behind the wheel of said pirate ship. There is weather, day/night cycles, rogue waves, and water spouts, not to mention the Spanish, British, and French fleets to contend with. Ship to ship battles from behind the wheel of the Jackdaw and boarding actions that make free use of your free-running assassin abilities help deal with those lubbers. Did I mention your crew sings sea shanties that you find throughout the world? Yeah, it’s pretty damned amazing.

This installment to the Assassin’s Creed series has most definitely revitalized both my love of the series and of pirates. If you even remotely like either, I highly recommend it.

*Please do forgive the quality of the screenshots. I took them with my iPhone. I HATE that the 360 doesn’t have a screenshot option.