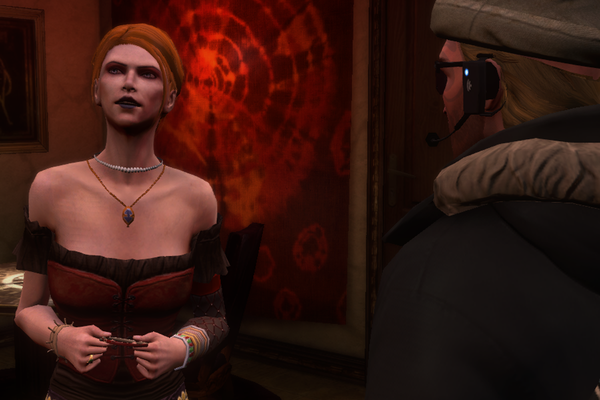 Despite the handful of bugs and, in some cases, arguably questionable quest design and choices, The Secret World‘s Halloween Event for 2013 is a big, creepy, meowling bag of fun. However, because I like to end things on a positive note, I’m going to start with the few things about the event that have caused me frustration thus far.

Funcom. I love you guys, but it’s almost like there is a wickedly sadistic streak running through the Achievement design team. Bylos told us we would get to run through the quests from the previous Halloween Event from 2012, and while he admittedly didn’t say we would be able to complete the Achievements from that past event, he didn’t say would wouldn’t be able to. Based on the research done by the diligent players posting to the Halloween 2013 FAQ thread on the forums (and I must say I am continually amazed at how dedicated the community is), the loot tables for the Bag of Tricks & Treats have changed. No longer available are the costume glamours or, and this is the crappy part, the Bloody Pumpkinhead. 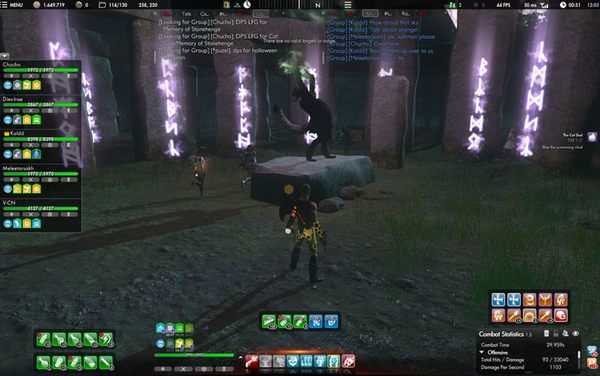 I spent a couple of hours yesterday hunting down Incognito so that I could get my Head-O-Lantern for the Head Start, Samhain 2012 achievement. Once I found him and taught him a lesson, earning my Head-O-Lantern and the achievement, I only had one more achievement to complete the Hop-Tu-Naa, Trol-La-Laa meta achievement for Samhain 2012. Unfortunately, Dead Ahead requires that you loot a Bloody Pumpkinhead from a Bag of Tricks & Treats and it seems that those bags no longer drop the Bloody Pumpkinhead. I personally have opened well over 100 of them, and some folks on the forums have approached 500. Why, oh why, would you let folks get so close to completing an achievement and then pull the rug out from under them?

I am also galled by the fact that the Baron Samedi Outfit no longer seems to include the bent stovepipe top hat that is pretty much signature to the outfit. Perhaps this came last year as part of the Hop-Tu-Naa, Trol-La-La reward, but I wouldn’t know because I wasn’t playing The Secret World then. Oh, the bits of the Baron Samedi Outfit that are awarded for defeating the Cat God the first time are awesome, but without the signature top hat it falls a little flat. 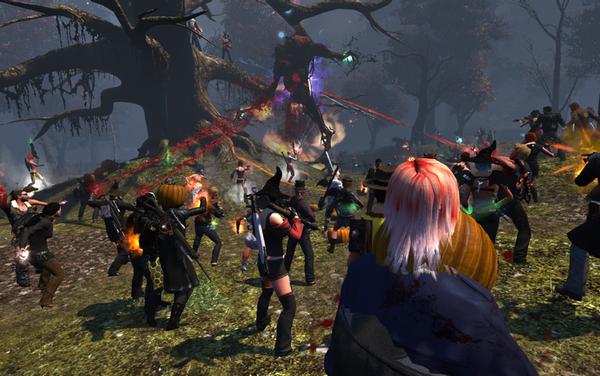 Finally, the quest design for The Ghost of Jack-o-Lantern, one of the new quests that make up the Stories from Solomon Island for Samhain 2013, doesn’t seem to have enjoyed a thorough play test or concept review. Jack, both in his normal and super forms, seems to bug out quite often; he will spawn at the end of the ritual, but won’t engage, thus preventing both killing him and the execution of a new ritual. This ultimately doesn’t mater much because you lose the pumpkin required for the ritual anyway and now must hope that someone else, in another dimension, has enough pumpkins to summon him there so that you can kill him and complete your quest. To be fair, I haven’t experience this bug myself, but I’ve heard enough about it on the forums that it definitely appears to be a confirmed issue.

To get SuperJack: Place a SINISTER pumpkin then around it place HAPPY>EVIL>ROUND>STRETCHED in that order at cardinal points (thanks to RageRaiden for short explanation) 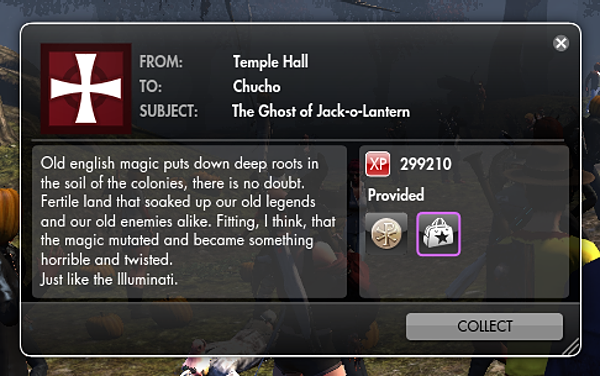 Compounding all these issues is that there has been little to no response from Funcom on the forums. Come on guys. Legitimate questions and issues should at least get a, “Hey, we’re looking into things and we’ll get back to you.”

All that said, I have been having a blast. Getting to complete the Cat God stuff, including the newly added Nightmare mode of the Cat God fight, has been something I’ve wanted to do since I started playing The Secret World back in January of this year. The original “crazy cat lady” had just the right level of engaging creepiness, and the reveal at the end of who the Cat God really is actually elicited an audible, “Whoop,” from me.

Add to that the new, incredibly well written, campfire style Stories from Solomon Island, of which I’ve only done The Rogue Groundskeeper and The Confession of Ellis Hill (not counting the Super Jack runs I’ve made), and the overall feel of the Halloween Event Funcom has put together is perfect. I’m really looking forward to finishing up Stories from Solomon Island with the Knights of Mercy this coming Secret Monday.

[EDIT 10/28/2013]: I put in a petition regarding the absence of the Pumpkinhead, Bloody from the Bag of Tricks and Treats loot table. The response I got was that “several of the 2012 Achievements are not attainable this year.” Beyond that, the response only mentioned passing my concerns on to the dev team.

So, I think that’s confirmation. As of right now, and unless they decided to add it back later, the Pumpkinhead, Bloody drop is not attainable, therefore making it impossible to complete Dead Ahead and thus Hop-tu-naa, Trol-la-laa.

[EDIT 10/31/2013]: After the Hotfix, the Pumpkinhead, Blood is back! However, the Gear Manager and Shortcut bar are still broken, and there’s still no sign of the Baron Samedi Top Hat. Rumor is that Meet-Ups are also fixed, but I have not tested it myself.