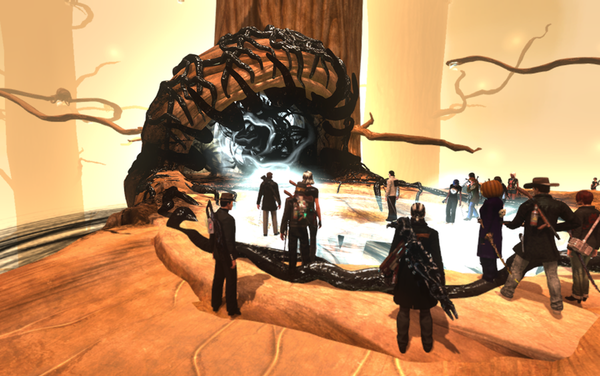 Phase 2 of The Whispering Tide has begun and it is a great deal like Phase 1. I wasn’t actually present in game when Phase 1 began, so I don’t know if the lead up to Phase 2 was similar, but it is events like this that remind me why I love The Secret World so much. 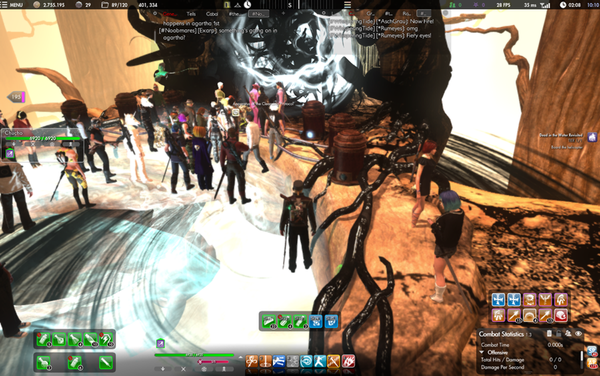 Following clues from previous phases, and the tweets of a certain mocha skinned Templar, the community narrowed down the next portal that would become infested. Most of us in game were gathered around this portal at 10AM EDT, when the whole of Agartha shook and there was a deep rumble. These quakes continued for about 10 minutes, increasing in frequency, until the very portal we stood before erupted in a mass of new Tendrils of Dis. Shortly there after, the canisters for the new Cleansing Protocol appeared and we were off.

I quickly grabbed the new quest, The Cleansing Protocol Phase 2, and then picked up my first stack of Vessels of Fiery Earth. These in hand, I ran back towards the London portal to pick up the mats I’d need (1 Pure Fire and 2 Pure Dust per Vessel of Fiery Earth). On my way there I noticed that not only is the Vendor back, but he brought a friend. 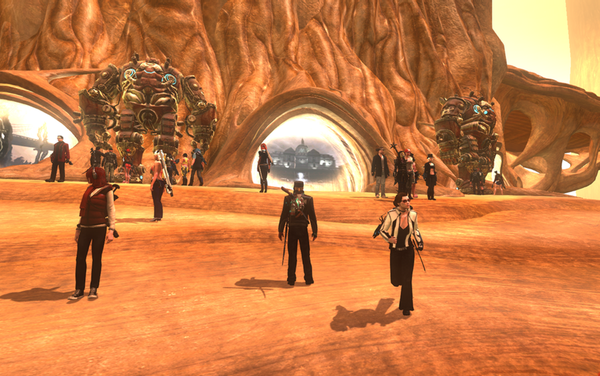 This new Custodian of Glyphs sells Purple Glyphs for the low-low cost of 1 Sliver + 1 Fragment. The old Custodian of Baubles also has a few new items to offer, including the next piece in the Carapace of the Immaculate Machine outfit: Gauntlets. He’s also offering Fiery Eyes in assorted colors, plus all of the things he had on sale before. 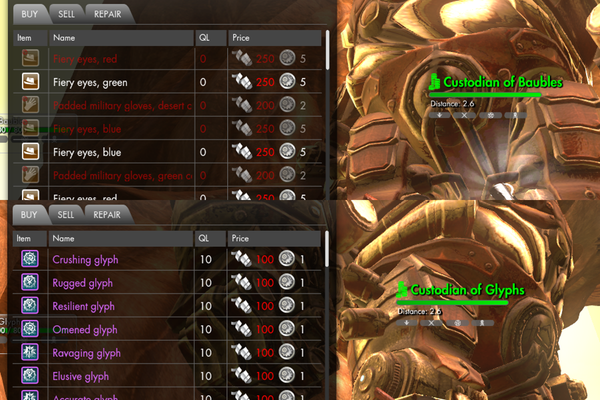 After a quick glance at the new offerings, I headed to my bank, picked up the materials I needed, and headed back to the Apparatus of the Cleansing Protocol to get my next stack of Slivers. This time each Ambrosia of Fiery Earth nets you 7 Slivers which is good, because as you can see in the screenshot above, there’s been a slight increase in the cost of all the goodies. 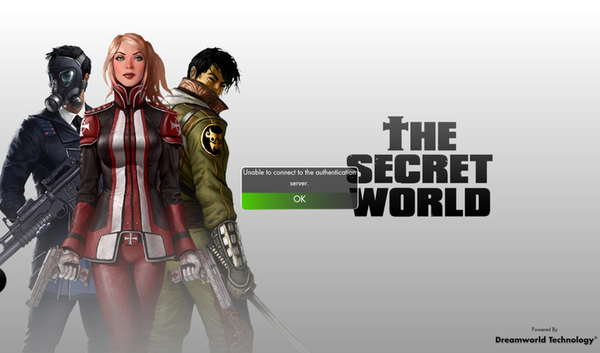 I was able to use up all the Pure Fire and Pure Dust I had before the game went into a sudden and unannounced maintenance period. Currently they’re forecasting a half-hour of down time. When things come back up I am sure everyone and their Beestung brother (and sister) will be out farming materials. Here’s hoping what lies beyond this portal is something new, and not exactly like Phase 1.