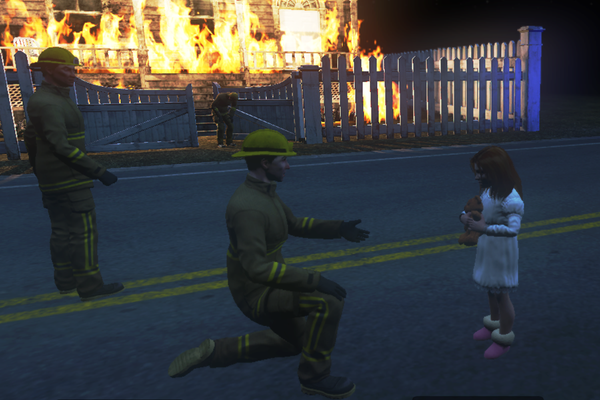 Chucho took the laid back approach to this week’s Secret Monday. Most of the Knights of Mercy had not completed the I Walk Into Empty Secret Word Teddy Bear Puzzle and, lead by the Teddy obsessed Mogsy, they decided to give it a whirl. Having already completed it several times (and being on cooldown for it last night) I decided to sit on Team Speak and help them through some of the rougher parts. Much hilarity ensued, though admittedly it was probably the most funny for me.

Part of that hilarity, though, was due in no small part to PaganRites‘ purchase of the Little Lycanthrope pet from the Item Store. His emotes are absolutely hilarious. He scratches, moonwalks, and even does a Three Wolf Moon. There was a lot of giggling.

Still, two out of the four who grouped up for it (to get through The Nursery faster) managed to complete the puzzle and earn their Teddy T-Shirts and their first Teddy (PaganRites got Raggy, and Mogsy got Einstein). Sadly, Syp and Pid had some buggy issues with the honeycomb jumping puzzle and decided to try again at a later date.

Next week we may attempt the Hatchet Falls Ancient Vampire Achievement as a group. I attempted it again early this morning, and once again failed. This time Janos Dragosani killed me with his wretched AoE, and I killed him a few seconds too late. Still, I learned some further things that, I hope, will help me kill him in time on Friday so that I can apply those tricks to helping KoM earn the Achievement on the next Secret Monday. I did manage to finally get Einstein, though, so now I have all three confirmed teddy bears. Yay! 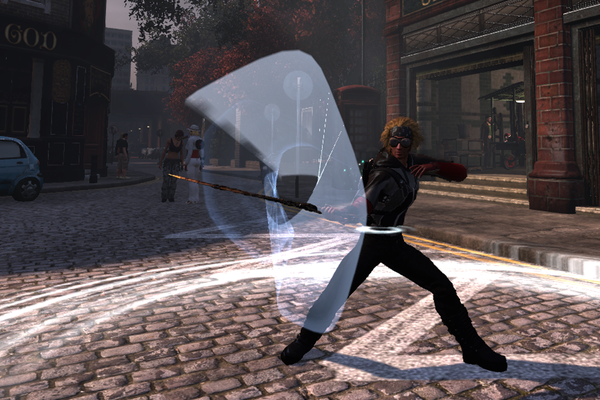 This week I was a little stumped on what to call What Chucho Wore. I think the most fitting name was The Tactical Tutor: black leathered layers with chest guard, Future Steam – Wastelander goggles, black Heavy buckled boots, red Racing glove, black Skull bandana, and Future Steam – two tone jeans.