With Risa Summer Event 2013 half over, I thought I would put a little video together with some tips on how to most effectively complete the two missions available for earning Lohlunat Favors. This is, of course, not the only way to complete these two mission (nor are they necessarily original), but I find doing them this way makes them much less tedious. 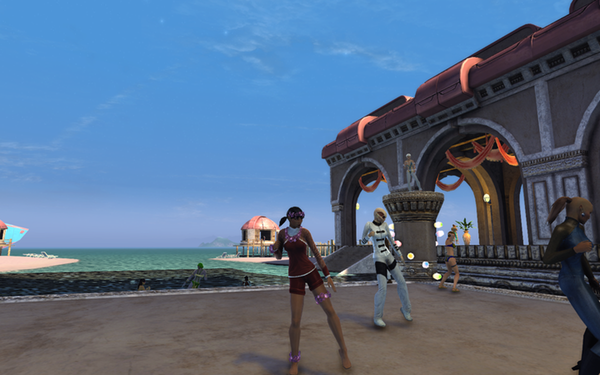 The first thing that makes things much, much easier for the Dance Party is to pin your Emote list. When you open the Emote list, click the push-pin in the upper right corner. This will then allow you to drag and resize the list anywhere on the screen. I usually put it right under my character portrait in the upper left of the screen, then resize it and dial it in so that only the dances are visible. The Dance Instructor calls out the dances just below there, so you can focus on one small area of the screen. 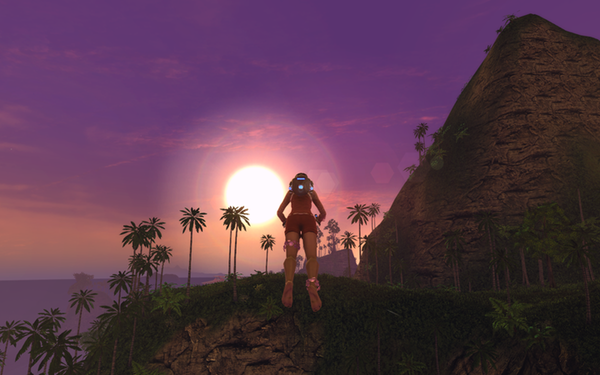 For the Horgan’Hn Hunt, I just, through trial and error, found a route that works really well for me. I show this route in the video above. In that video I intentionally used the slower and cheaper (by orders of magnitude) jetpack. This was mostly to show that if you begin the Hunt right when it starts, it can be completed with plenty of time to spare even with this slower jetpack.

Really, that’s it. The two missions run back to back to back, with a few minutes in between, 24 hours a day while the event is running. This means you can just go back and fourth until you’ve earned all of the Lohlunat Favors you want. The Favors are also not bound to the character, so you can send them to alts, or sell or trade them.

Don’t forget to do your daily Pearl Run either; we all want that fancy Risian Corvette, don’t we? If you’re a little behind in earning the Pearls, you can buy some with Lobi Crystals from the Event Vendor.