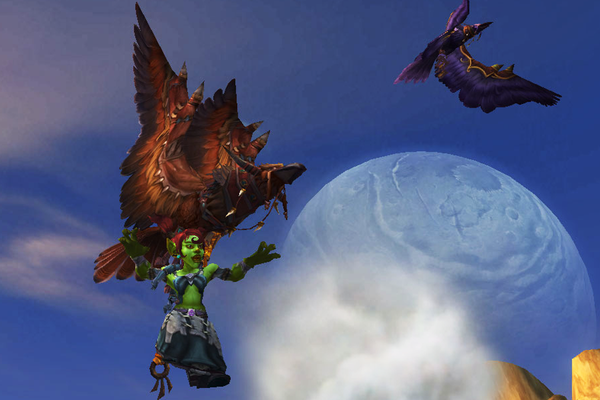 It’s been a little over a month since my last post. Life in general has conspired to eat away at my time, leaving little for writing. On top of that, I’ve been so busy leveling alts and progressing my mains that, sadly, the blog took a back seat. However, with the release of World of Warcraft: Warlords of Draenor Patch 6.1 and all the praise and criticism that has come with it, I felt it was hight time I posted and offered a little insight into the state of my game. 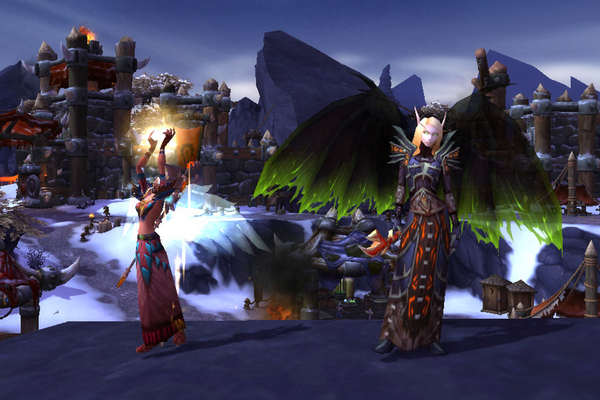 Despite bearing a “major content patch” revision number, Patch 6.1 did not bring any progression content to the game. This is, arguably, because half of Blackrock Foundry has yet to open in LFR. The entire raid is available for Normal 10-man runs, but has only been open for a couple of weeks; hardly enough time for progression guilds to have completed it let alone have it on farm status. Still, this has been a major sticking point for the, “there’s nothing to do in WoW,” crowd. Between maintaining your Garrison, hunting down song scrolls for the new Garrison Jukebox, new Pet Battles, Apexis dailies (which are now limited to 5-man groups), and a host of other things (never mind continuing progression) I find myself unable to understand these folks. I don’t have enough time to do all the things I want to do!

I honestly get that not everyone wants to do all the things, and not everyone has an army of alts to level. I also get that some players feel WoW has changed to accommodate a more casual play style, and they’re right! But, news flash, it did that four expansions ago! Continuing to bemoan a paradigm shift that occurred in the second expansion of a game that is now deep into it’s fifth major expansion (meaning it has been this way longer than it hasn’t) is, at this point, just pissing in the wind. And that’s all I have to say about that. 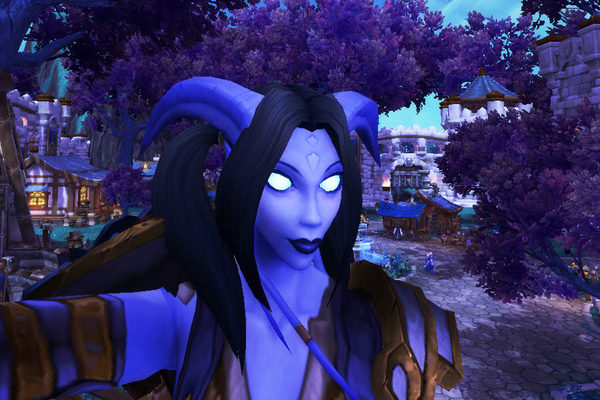 As I mentioned I’ve been kept pretty busy leveling my alts and progressing my two mains. The first thing I did when Patch 6.1 launched (after doing nothing for the first week due to a dead PSU) was get the Garrison Jukebox unlocked for all of my toons, while waiting for the S.E.L.F.I.E. follower quest to pop for one of them. I originally thought I was going to have to get that follower quest on all of my toons (and was greatly annoyed with RNG), then I realized once you get one S.E.L.F.I.E. upgraded to a MkII, it becomes a Toy and available to every toon on your account.

Pictured above is my Alliance main, the shaman Tennelle. She started out life as a male Orc, during Burning Crusade, and has since been a male Draenei and a male Dwarf before settling on her current incarnation. As a healer she gets into LFR and LFG queues really fast. She’s currently halfway though Chapter III of Khadgar’s Legendary Ring quest chain and looking forward to having Garona Halforcen join her cadre of followers. 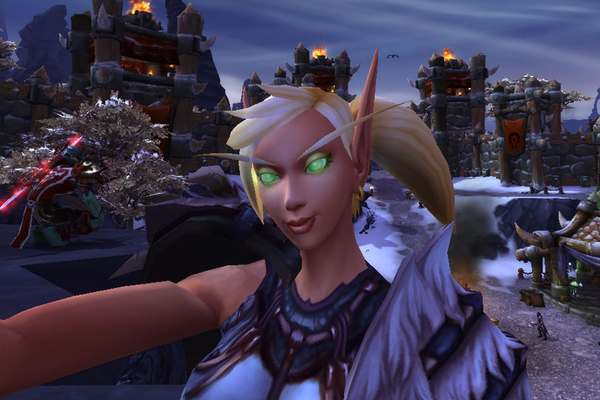 The priest Tendori has recently been promoted to the position of Horde main and was my Warlords of Draenor free Character Boost. The above mentioned advantages healers have in LFR and LFG queues, and my general shortage of time, make having healer mains a must for me. I’m still learning the ropes of Discipline healing, which is vastly different from healing as a Restoration shaman, but I’m having fun doing it. Tendori recently hit level 100 and just started the first part of Chapter I for the Legendary Ring. I’m looking forward to seeing how things go. 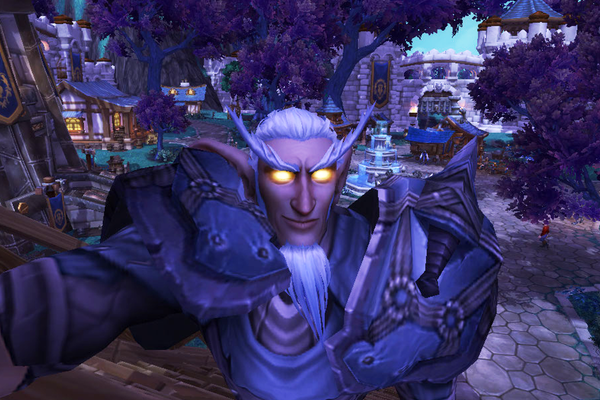 The druid Tenedor is just pure, ripping, thrashing fun. As a feral druid cat he tears down mobs faster than most of my other alts. Though I don’t tank, I like having an alt that’s capable of doing it if I ever decide to; Tenedor is my Alliance potential tank. I did tank with him, while leveling him during Cataclysm (when he was a female Worgen), but I really, really sucked at it. He could also heal, I supposed, but I’ve tried healing as a Restoration druid and don’t like it much. He was a Boomkin through all of Mists of Pandaria, but for WoD I wanted to try a kitty and I’m loving it. He’s almost done with Chapter II of the Legendary Ring quest chain. Queue times are a bit longer for DPS, of course, but they’re actually usually not that terrible. I’m considering switching him to a male Worgen. The only racial guards he has unlocked are the Worgen (having spent most of his life as one), and I like having each toon’s racial guards, along with the racial jukebox theme, in their Garrisons. 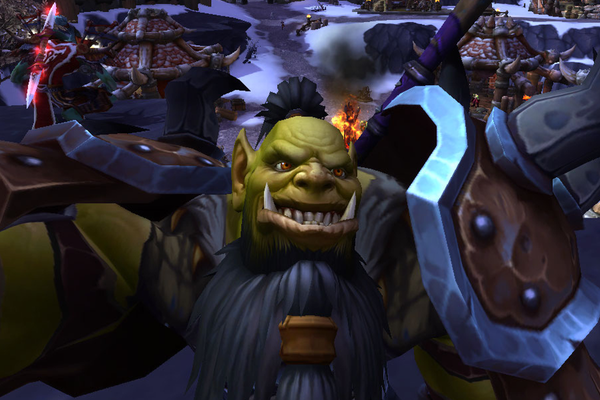 The warrior Tenurg started out life, in the middle of Mists of Pandaria, as a female Orc. Clearly no longer a female, Tenurg is my Horde potential tank. Like Tenedor, I tanked with him while leveling through the classic dungeons, but have since shifted him to a dual two-hander wielding Fury warrior. Good lord is it fun. I had avoided warriors through much of my time in WoW, definitely preferring ranged when it comes to DPS, but I’m definitely enjoying it now. Also like Tenedor, Tenurg is almost done with Chapter II of the Legendary Ring quest chain. 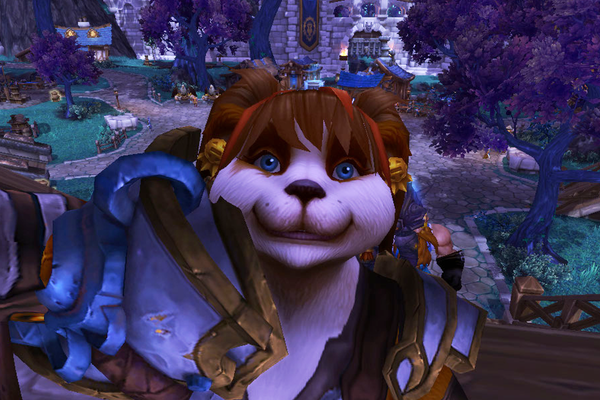 The hunter Xue is my oldest toon, born a male Orc during vanilla WoW. At various times she’s been a male Dwarf, a female Dwarf, a female Draenei, and a female Night Elf. At the launch of Mists of Pandaria, she became a female Pandaren and will probably remain so. How could I get rid of that adorable face!? As a hunter she easily outstrips any other toon I have when it comes to raw DPS. With the class changes in Mists of Pandaria, making hunters highly mobile, she is an absolute joy to play. When I just want to chill and mow stuff down, she’s my go-to toon. She is currently half way through Chapter II of the Legendary Ring quest chain. 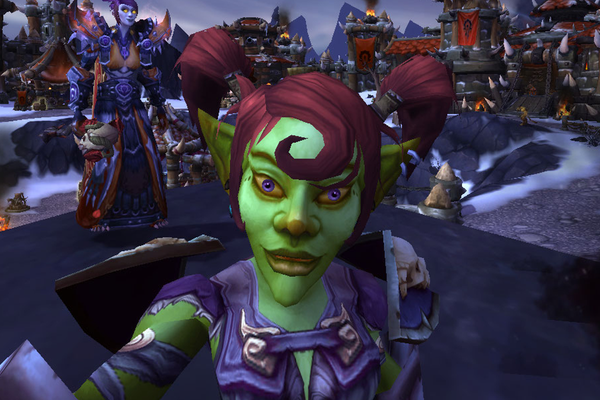 The warlock Gozur is my second oldest toon, beginning life as a male Blood Elf during Burning Crusade. Though she has always been called Gozur, she became a male Goblin during Cataclysm, and then became a female Goblin at the start of Warlords of Draenor where she will stay. She was my Horde main until I got Tendori to level 100 so, like Tenelle, she’s about halfway through Chapter III of the Legendary ring quest chain. She is lots of fun to play, despite the fact that I don’t think I play warlocks to their full potential. I do decent DPS, but am usually in the middle of the pack in LFR. I don’t know how those other warlocks sometimes outstrip hunters. I had a bitch of a time getting her though Silver Proving grounds. All of my other toons have been a breeze so far. 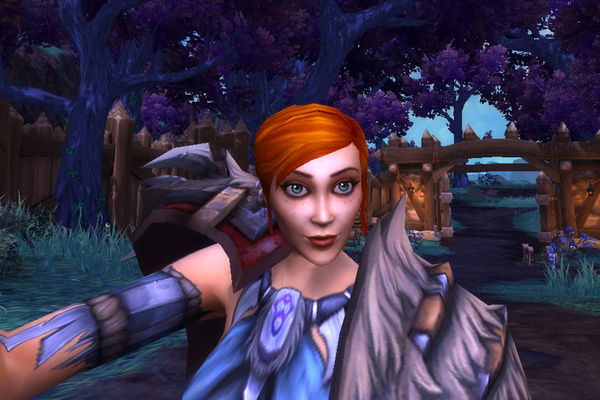 Last, but not least, is the mage Tenea. She began her adventures as a female Gnome during Wrath of the Lich King and, as such, is my third oldest toon. She’s been quite neglected since Cataclysm so I paid for a second boost to get her to 90 and race changed her to Human (I like my alts to be representative of each expansion, this being the other reason for changing Tenedor back to a Worgen). I got her through the first part of the Warlords of Draenor, so she could start accruing Garrison Resources and rested XP and she’s been sitting there, at almost level 91, since. I’ll start leveling her once I get Tendori into Chapter II of the the Legendary Ring quest chain.

As you can see I have TONS to do in game right now. For me I feel like progression content has been coming out at just the right pace. I should be done with Chapter III of the Legendary Ring quest chain, or close to, on my two mains before we see another raid and Tanaan Jungle open up. At least that’s my plan.

I’m going to try to be a little more diligent about posting here going forward. Again, at least that’s the plan. All of these toons are on my home server, US-Silvermoon, if you ever want to look me up in game.