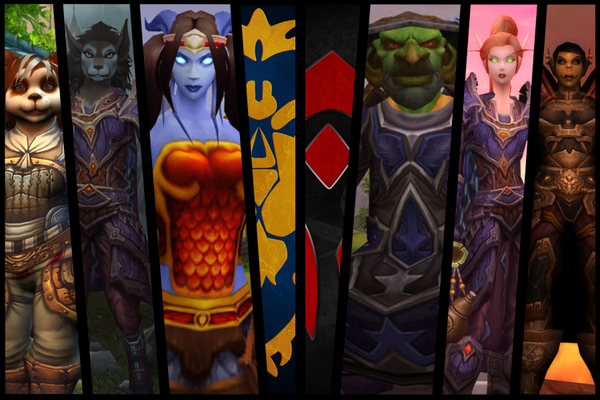 This next expansion is bringing with it quite a few changes, from the item squish, to Garrisons, to the character model updates, and so it seemed like there was a great deal more to do. I’m still working on the last chapter of the Legendary Cloak quest line, but I hope to have that done this week. 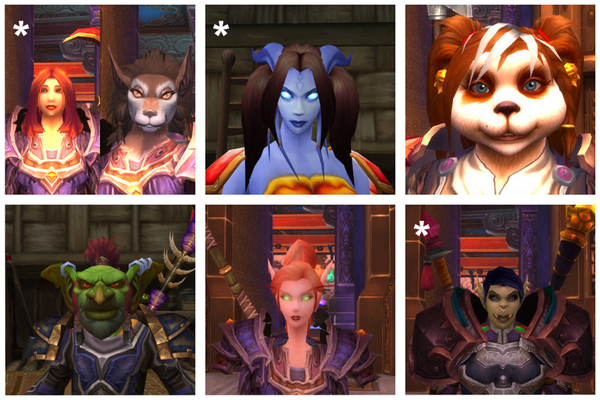 The character model update has been of particular interest to me the last few days; I’m a bit nostalgic and the idea of some of my characters’ appearances changing is a bit unsettling. While I am looking forward to seeing the higher fidelity models, I wanted to make sure I had plenty of screenshots of what they used to look like. I’ve placed an asterisk on the models I expect to change, above. I realize the Worgen aren’t being updated, but I expect the Human form to change. I am a bit disappointed that the Blood Elves won’t make it in with the launch of Warlords, but I expect them to be updated sometime during the life of the expansion. Hopefully the Worgen (especially the female model) will get a seeing to as well. 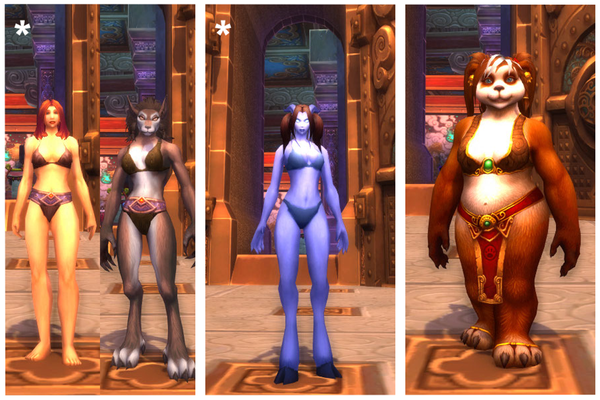 It’s not just the faces that are changing, but the entire model. While I don’t typically run around in game in my undergarments, I did want to have a before reference. 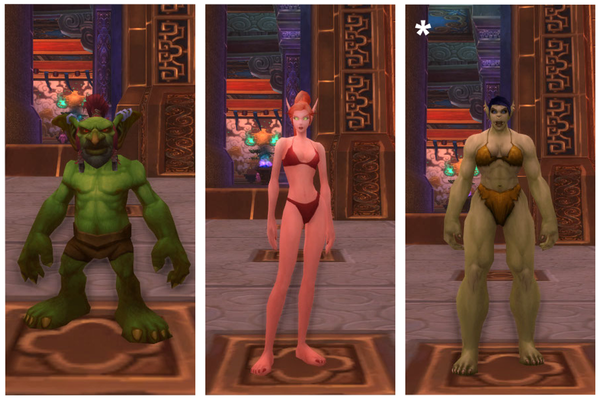 Like the faces, what I expect to change has been given an asterisk. I’ll be doing a follow up post after pre-launch patch 6.0.2 launches tomorrow. Even in the shots above you can see a major difference in fidelity from the Burning Crusade and Plain Vanilla character models, and the Cataclysm and Mists of Pandaria models. I realize that the new models were data mined months ago, but its one thing to see a generic model, and entirely something else when it’s your own character. 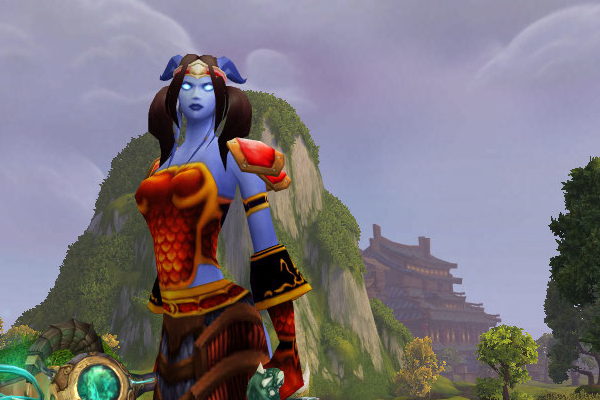 Of particular interest to me is my Alliance main for this expansion, Tenelle: a Draenei Restoration Shaman. In truth, she’s been an Orc, she’s been a Dwarf, and she once was a man, but I spent a good deal of time laboring over her current look, and what I hope to see is just the above, only better. 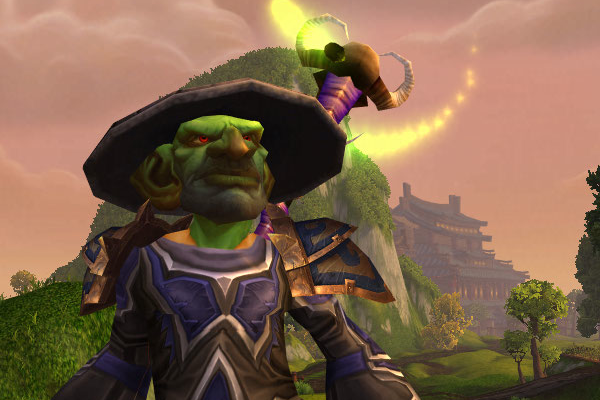 While these days I mostly play Alliance, I am at heart a Horde player. I’ve always wound up playing with groups of people who preferred the Alliance, though. Still, I have always maintained a Horde main, and for this next expansion it’ll be Gosur: a Goblin Warlock. He’s been my Horde main since Burning Crusade. He started out as a Blood Elf, was a Gnome briefly (shhh), but has been a Goblin since Cataclysm. Unlike Tenelle, though, he’s always been a man (no wise cracks about Blood Elf males).

I’m definitely looking forward to this expansion and I think I’m mostly ready to jump in with both feet. I think, though, I’ll be holding off until a little later in the week to join in on the pre launch event. As I said, I still have the Legendary Cloak quest line to complete and I want to get those last few Runestones before I go see what all the fuss is at the Dark Portal.