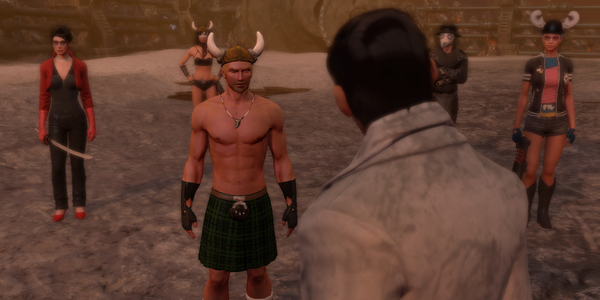 This Secret Monday saw not only the return of the Knights of Mercy to Elite Dungeons in The Secret World, but also the return of our good friend and fellow Templar, Tarantella. Tarantella needed one last Elite Dungeon before she could face the Gatekeeper, and Mogsy, Rich, Syp and I were more than happy to run her through Hell Raised. 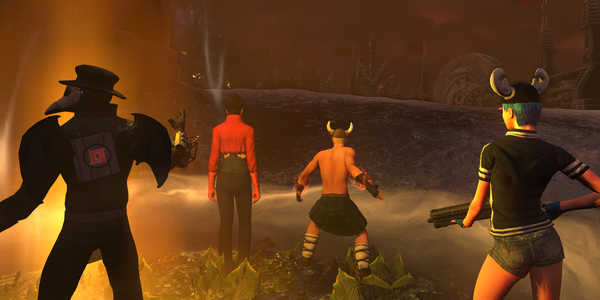 Having not been in any dungeons in The Secret World for a couple of months now, we were all pleasantly surprised to have nearly one-shotted the whole place. We steam rolled over every boss until we got to Machine Tyrant. His roving red reticles were the doom of everyone but Mogsy, who nearly soloed the beastie from 70k health. I think keyboard fatigue was more the end of poor Mogsy at around 15k health. We all then got right back in and took that big jerk down on our second try.

After Hell Raised, we ran into Tokyo to take on Imbeda’s three side missions as Mogsy and Rich had yet to do them. The Ghost Lord and the Cyborg didn’t give us any trouble at all. Fuun, on the other hand, was (as usual) no fun. He was bugged in the instance we were in; his portals were opening all over the place, but he wasn’t appearing. A quick petition got us a GM in about 5 minutes who ported Tarantella to an instance where Funn was working, we met up on her and took him down. Imbeda’s Brotherly Loathe mission has similar issues, and earlier in the week a quick petition got me a GM who ported me to a working instance. 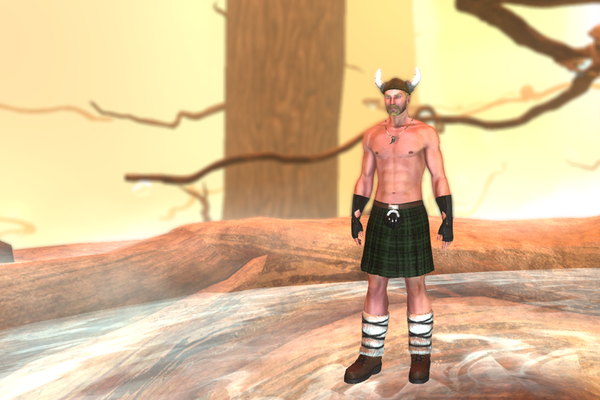 In honor of Tarantella’s return I had to wear my kilt. After adding the kilt I decided to go for some sort of weird Hagar the Horrible look, adding the legwarmer boots, smooth claw amulet, horned helm, and the bracers from the Dapper Buzz. It was great having Tarantella join us and we look froward to having her along on future Secret Mondays.