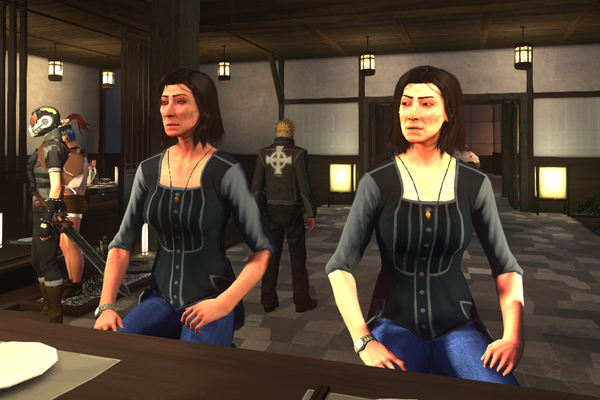 This week’s Secret Monday started off in Susanoo’s Diner talking with Gozen about demons and what not, like you do. While we were waiting for all the Knights of Mercy to ready their gear for the night’s demon hunt, I noticed these twins at the bar. I’m wondering if they have some part to play in the upcoming issues. 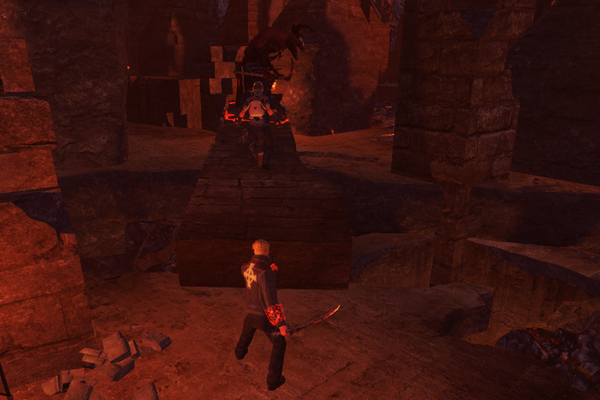 Chucho didn’t really have time to ask them. Once everyone was ready, we headed out to track down Gozen’s Killers on the Road. An Oni lead us on a merry chase through Tokyo before diving into a hell mouth. Ah, hell, how I’ve missed you. 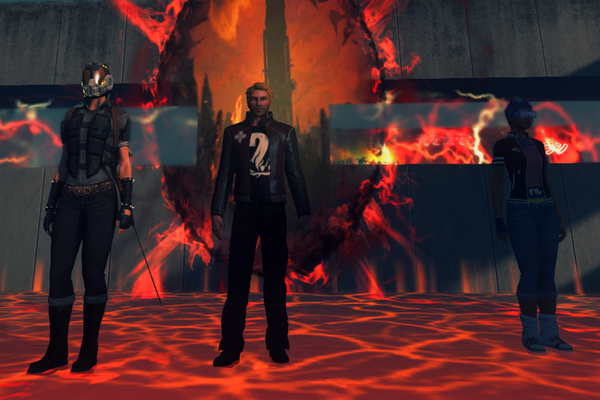 I do not, however, miss the odd quirks of instantiation that sometimes occur in The Secret World. We ran into a couple of situations where members of the group didn’t get credit at the end of certain tiers because they died near the end or weren’t close enough when an event triggered. Luckily this was solved by having them leave that particular section of the instance, then re-enter. They would re-enter into a reset instance, and the rest of us would meet up with them. Easy fix, but annoying that it had to happen in the first place. Fix it, Funcom! 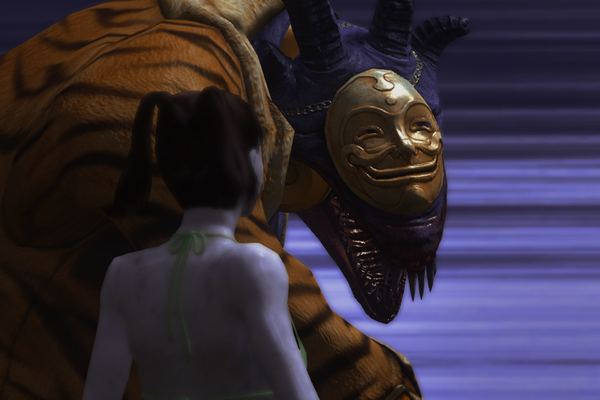 After going through hell, we headed over to the bath house, for a nice soak, only to find Imbeda in quite a mood. He was chopping off manikin heads and ranting and raving about Kirsten Geary. 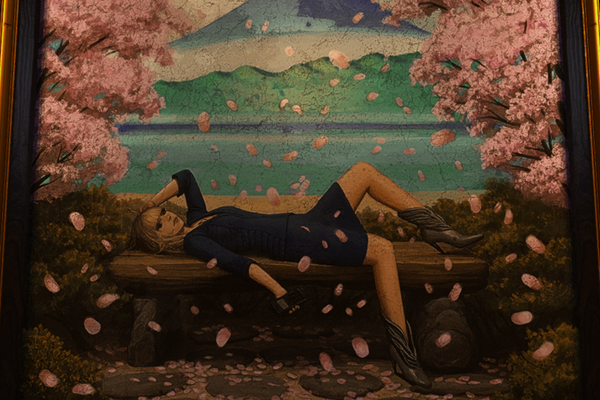 Imbeda seems to have quite the little crush on the Illuminati siren. I was left wondering, though, if he had that portrait commissioned, or if Kirsten sent it to him herself. I honestly wouldn’t put it past her. 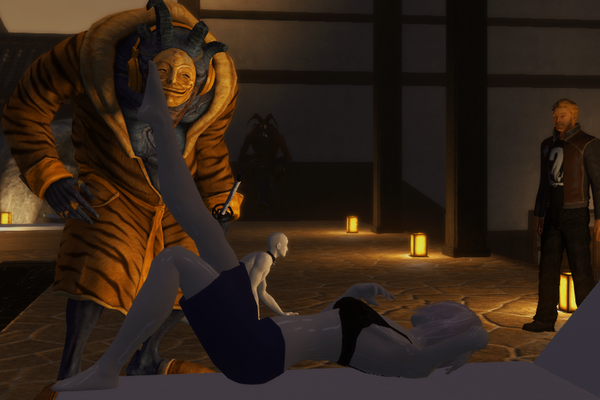 Or maybe Imbeda did commission it, using this manikin as a model? I really wouldn’t put it past him … er, them? Anyway, we ran out to defend the bath house, but the waves of death dealing demons for Brotherly Loathe wouldn’t trigger. We tried a couple of things to jump start it, but in the end we decided to go see what Daimon Kiyota might have to say. 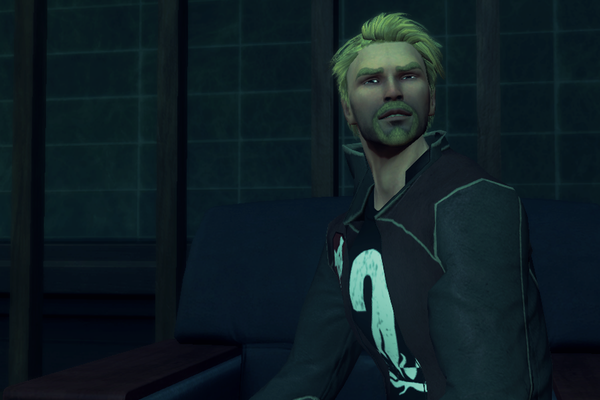 Daimon Kiyota is on a whole other plane of crazy from everyone else I’ve come across in The Secret World. Playing Yakuza enforcer in The Korinto-kai doesn’t just involve breaking knees and collecting protection payments. There’s the vending machines to tend to … and the magazine placement. Chucho is inevitably left with this expression on his face at the end of every meeting with Kiyota-san.

Apart from the few bugs here and there, though, I had a great time knocking Filthy heads around.