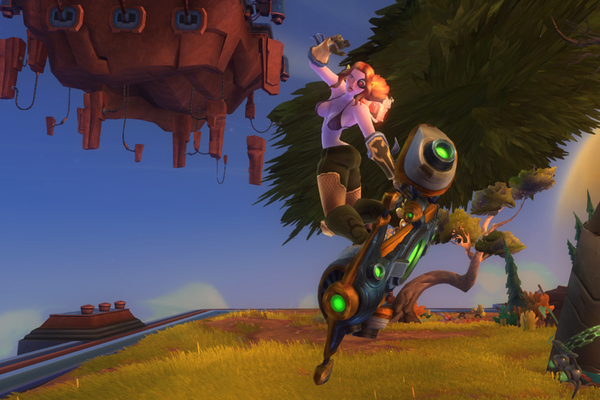 This week I managed to hit level 25 on my Cassian Spellslinger, Tenaea (and actually finish out the week at level 28). This means that I finally got access to the hover boards that have been sitting in my account bank, taunting me, since I started playing Wildstar almost three weeks ago.

Hitting level 25 has also given me access to another Costume slot. Those of you familiar with my What Chucho Wore bit in my Secret Monday posts, will know that, as a straight make, this excites me way more than it probably should. But, seriously, clothes! And, and dyes! 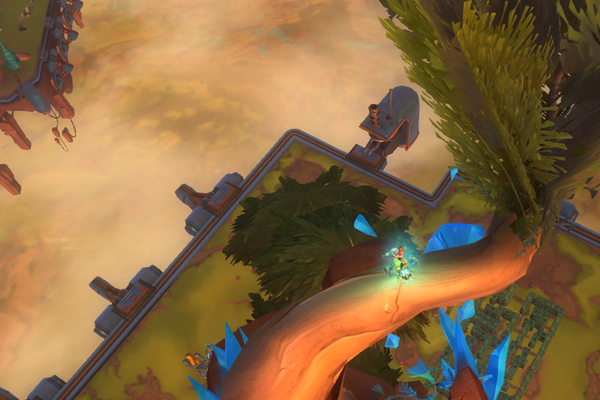 I also, of course, did some more building on my house. This really is becoming a major part of the game for me, especially since I finally managed to make it to the top of the Shardspire Canyon jumping puzzle I have. Woo! Daily prizes! This, though, brings me to something that I wanted to mention. 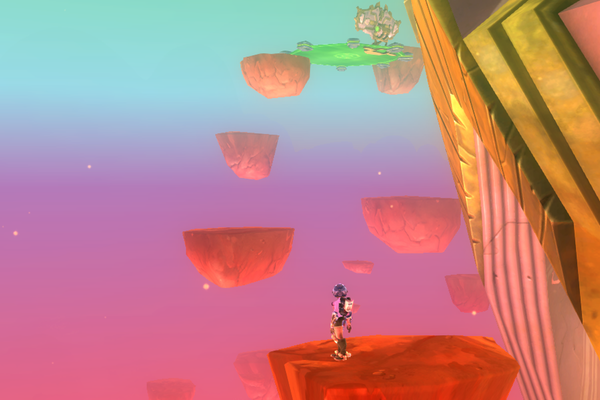 Whether you’ve chosen the Explorer Path or not (which I haven’t … I went Settler), there is an awful lot of jumping in Wildstar. Oh, I’m sure it’s even more prevalent when you’re an Explorer, but I honestly didn’t expect to do so much of it in the course of regular game play. Granted, it’s much easier than most games with the double-jump and the mild ability to steer in the air, but still. That said, it’s used in some pretty interesting ways, like the jet pack assisted jumping puzzle pictured above. 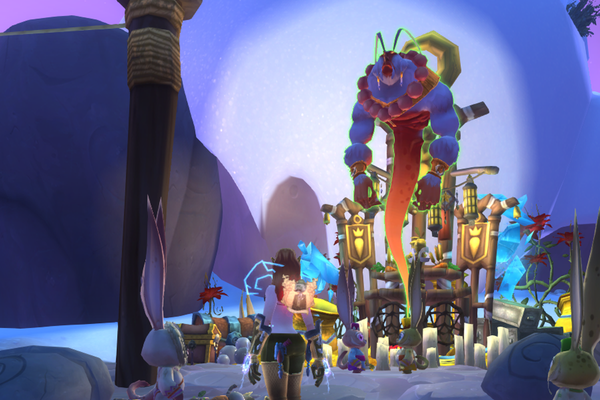 Of course, there’s a great deal more to Wildstar than jumping puzzles. I also got to attend a Lopp wedding this past week. Good lord, Lopp brides are a pain in the rear. The quest line was vastly entertaining, though. 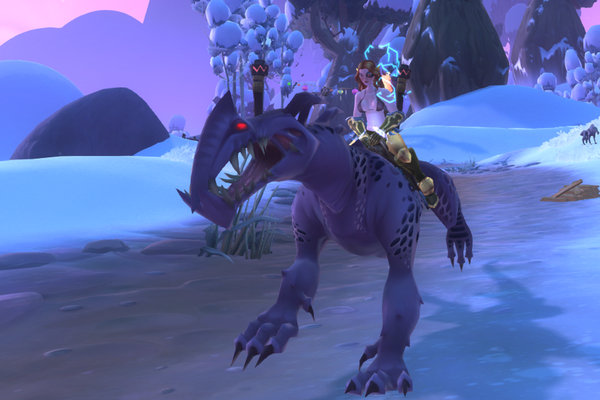 I also got to ride whatever the hell this thing is this week. 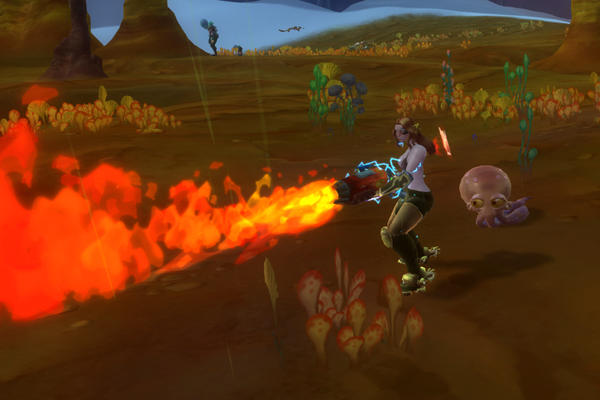 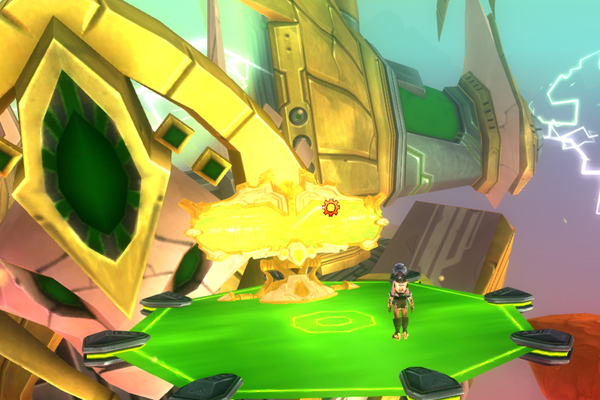 Apart from all that, and climbing up to lots of high places (jet pack assisted or not),  I think I had the most fun bebopping around on my Plasmatic Hyperboard. 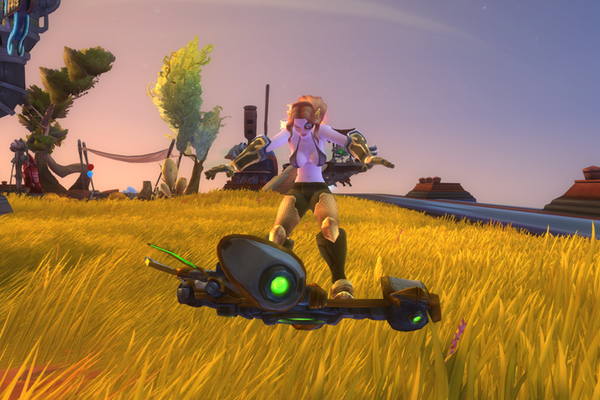 I mean, seriously. Does this thing not rock!? 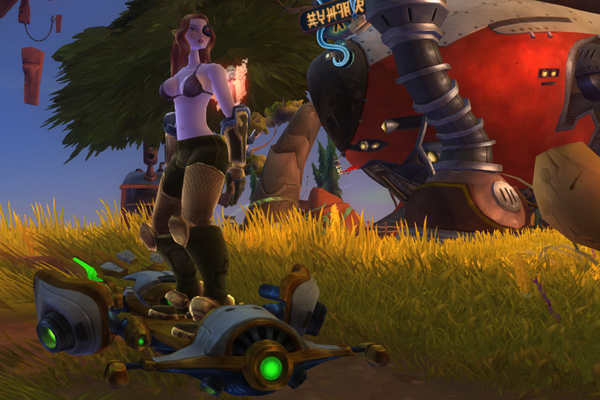 Oh, it does. It most certainly does.