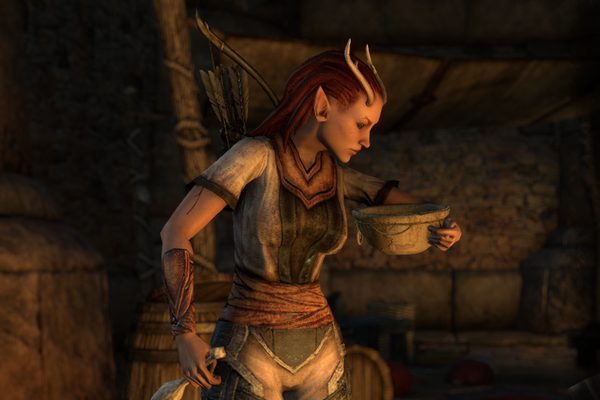 Early Access for those who pre-ordered The Elder Scrolls Online began Sunday morning. Because of the lack of anything new to do in The Secret World, many of the Knights of Mercy, running with House Stalwart, decided to forego Secret Monday and instead head into Tamriel. Most everyone seemed to really enjoy the heck out of the game, but I have to say I’m more than a little dismayed.

You’ll note that I am in Early Access, which means I did pre-order the game (though I only pre-ordered the Digital Standard Edition and as of right now I seriously doubt I’ll be upgrading come the 4th), so you’re probably asking yourself, “I wonder why TenTen would pre-order a game he wasn’t impressed with?” I’ll ‘splain.

Back when The Secret World was in beta I was in on the beta test. I was not impressed with the game at all, even in the later stages of the beta, so I not only didn’t pre-order, but I swore off the game. It was only several months after launch that my guildmates (and a sale on the game) managed to convince me that it was a different beast post beta and that I should give it another shot. I did, and if you’re a regular reader of this blog (the like 3 of you), then you’ll know I fell in love and have never looked back. So, when it came time to make the decision about TESO, I went ahead and took the plunge, despite the numerous bugs that still weren’t fixed near the end of beta and the generally flat story telling. I’d hoped that these things were just beta artifacts and that the game that would launch would fix them. It pains me to say that, for me at least, it hasn’t.

I should say that I’m not a huge fan of The Elder Scrolls franchise to begin with. I only ever played Skyrim and, while that was enjoyable, the amount of game breaking bugs it contains to this day (despite numerous patches and DLCs) left me with a bad taste in my mouth. This was actually one of my fears with TESO, but I’d hoped that Zenimax would somehow temper Bethesda‘s seemingly magical ability to break more things than they fix. It doesn’t appear as though they have. 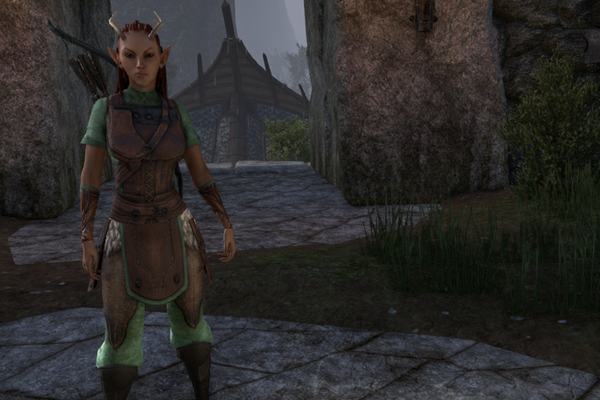 I’ve been through Coldharbour, Stros M’kai, Betnikh, and now Gelnumbra and I have encountered bugs in every zone that either bring my play session flow to a grinding and frustrating halt while I jump through hoops trying to get the bug to resolve itself,  or just outright break the quest as is the case with the issue in Glenumbra that was the final straw for me. This is exactly the kind of thing that made me stop playing Skyrim. The fact that every single bug I’ve encountered in Early Access is one that I encountered and reported in beta is just staggering. Seriously? What was the point of beta?

The final straw has been the Bloodthorn Assassins quest, during which one must find suspicious cargo at the docks, bust it open, and reveal the assassins. At least I think that’s the way the quest is supposed to go. You see, I’ve never actually finished it because it never worked for me in beta and it’s not working now. Their in-game knowledgebase suggests logging out and back in and abandoning the quest and reacquiring it as possible solutions. I’ve spent more time staring at the character select screen than actual play this morning. I’ve lost count of the number of times I’ve abandoned the quest and retaken it. I ended up putting in a CS ticket, as that is what the knowledgebase suggests if neither of the offered solutions resolves the issue. The response was basically a cut and paste of the information in the knowledgebase with the added suggestion that maybe “just standing around and waiting for it to respawn” might work. Seriously? As though the fact that doing so in the first places wasn’t what made me realize the quest was bugged? WTF?

It’s been suggested to me that there are so many other things to do in the game that I should just skip it, leave it in my quest log, and go do something else. This to me is a non-answer. The story in this game, in my opinion, is already sorely lacking. So, I should just skip what appears to be a major plot quest for Glenumbra (um, hello … assassination attempt on the royal family) and run around doing side stuff in hopes that one day the devs will fix some shit they haven’t been able to fix since it was reported in beta?

You can probably tell I’m a little frustrated. One should never blog angry. But, seriously, this is exactly what I was worried would happen given the franchise’s track record with unresolved, quest breaking bugs. I’m not sure what I’m going to do about TESO at this point; Wildstar and TSW‘s Tokyo expansion are both on the near horizon. At this point, though, I guess I’ll just keep checking back now and again to see if the assassins have finally started hiding in the crates again.