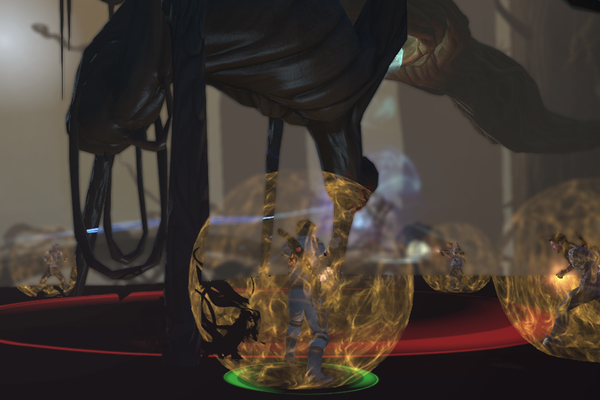 Well, it’s been quite the odd and fruitful week here at Chez Tenten. Between Flappy’s long awaited arrival in Agartha in The Secret World, and Snowpocalypse2014 in the real world I’ve been inundated in Filth and snow for the better part of the last five days. Thankfully, I telecommute so I’ve had plenty of opportunity to deal with both. 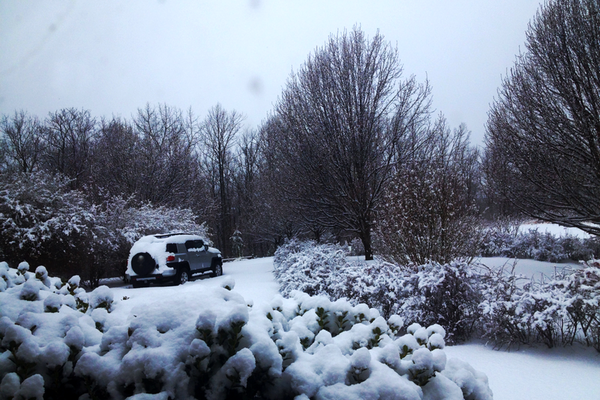 Pictured above is the view from my front door. I can’t actually step out my front door because there is a foot of snow on the porch preventing the exterior glass door from opening. We got a little over a foot of snow in twenty-four hours, making it the single most significant winter weather event in the ten plus years since I’ve lived here. With my lovely wife’s help, I’ve kept the back door clear, giving us a path to let the dogs out as needed, but since we had plenty of warning about this storm, and stocked up on essentials, we haven’t really had a need to leave the house since the storm started. Being snowed in has given me ample opportunity to beat back the Filth in The Secret World, though, so I guess that’s the silver lining.

I’d had quite the stockpile of Pure Water and Runes before the latest phase of the Whispering Tide event began, and being able to face Flappy pretty much each time he’s up during my waking hours this week has only added to my horde of Extant Third Age Slivers and Fragments. This enable me to pick up the Runic Automaton, something I’d kind of written off as unachievable when the whole event first started. Facing Flappy that many times also netted me the Blasting the Zero Point Bird achievement which earned me Inky.

Speaking of the event’s achievements, there’s been quite the stir on The Secret World Forums concerning the Sentinel of Agartha achievement. This is the achievement for completing all of the missions associated with the Whispering Tide event which also happens to earn you the helmet for the Carapace of the Immaculate Machine outfit. I was able to complete this achievement, but it seems that a vocal section of the community missed either the very first mission, or the latest Cleansing Protocol (due to its rather abbreviated run), or some mission in between. There also seem to be those that are convinced they did every mission, but still did not get the achievement.

The majority of the uproar stems from both the vagueness of the achievements requirements (the missions necessary to complete the achievement aren’t listed and neither is the possible requirement of completing the Nightmare versions of those missions), and the fact that Funcom actually changed the achievement with the Phase 3 patch. Prior to Phase 3, the achievement had no reward. Many of those seeking remuneration are upset by the perception that Funcom changed the rules halfway through the game and that not enough effort was made by the developers to communicate both this change and the start of Phase 3.

I’m of two minds here. I think that achievements tied to those dedicated enough to follow all of a game’s news outlets, thus being aware of event start times and shifting priorities, are just that … achievements. If it was something that everyone could easily do in the course of their gameplay, then it wouldn’t really be an achievement. So, for me, I don’t buy those arguing that there just wasn’t enough communication from Funcom; the forums are very active, the company has a Twitter feed (several actually) that they are constantly updating, they send emails and there’s the game director’s letter each month. Additonally, The Secret World‘s underlying theme, in my opinion, is one of discovery. Funcom doesn’t hand you information concerning in-game quests on a silver plater … you have to seek it out in many cases and that is part of the fun. There’s a whole class of quests, Investigation Missions, that are the heart and soul of this theme.

All that said, I do think Funcom kind of stepped on their own ding-dong with the Sentinel of Agartha achievement. First, the lack of a list of the quests necessary to complete the achievement is just bad design. Most other achievements, requiring certain quests to be completed, list the quests involved. Second, changing the achievement right at the end of the event seems both underhanded and lacking in fore-thought; these achievements should have been designed and planned from day one. Lastly, making the reward for the achievement a piece of an outfit whose other components are available from the event vendors does sort of seem mean spirited. A better idea would have been a differently skinned helmet, or a differently skinned Runic Automaton … not something completely new, because you’d still be getting those complaints, but something that set apart those who did manage to Do All The Things™.

I haven’t yet seen a petition, or I’d have signed it, but as mentioned above there is this thread on the forums. I haven’t been monitoring it closely at all, so I don’t know if there has been an official response to this from Funcom. The company does have a history of seeing the error of their ways (Fusang Pet, anyone) so I do hope they fix this one.

EDIT (02-14-2014 1337 EDT): I went back and looked the thread over. It’ looks like, as of this writing, there are about 140 replies to the thread and only two moderator replies. The moderator replies are just chastising folks for inappropriate, off-topic posts. So, as of right now, no official response on the complaint.

As I said, though, I did manage to complete the achievement and earn the helmet, and I don’t consider myself a particularly dedicated player. I have a great job, a wife, and a kid that keep me pretty busy. I play other games and have other interests completely outside of gaming. After a year of playing The Secret World, I am just now Nightmare Dungeon ready and have never once been in the NY Raid. Most of my gear is QL10 or 10.1. Most days I log in and do my three solo scenarios before I start work and that’s it, with the exception of Monday nights when I run with the Knights of Mercy. I do follow several TSW related Twitter feeds, but am rarely on the forums at all. Given all of that I still managed to make it for every Whispering Tide cleansing protocol and enter the filth quest. 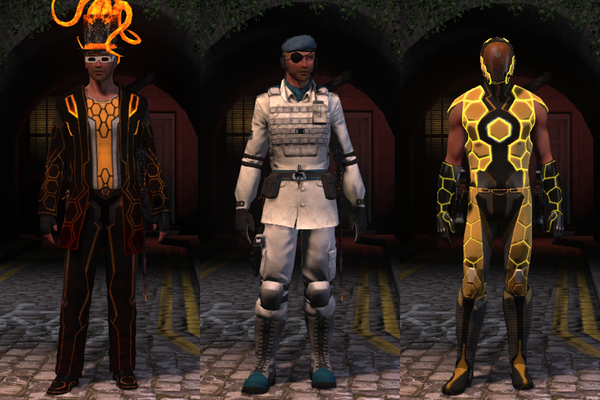 Along with the Carapace of the Immaculate Machine, I also completed the Venetian Tactical Armor (just got the beret today), and with the delivery of my monthly stipend today (I am subbed to the game), I picked up The Dapper Buzz outfit. I actually liked it better than the Psycho Unbound outfit, though I do intend to eventually pick that one up too because it is nice and I want to support community created content.

All in all it’s been a very productive week, both within The Secret World and without. I expect the Flappy portion of the Whispering Tide event to go on for some time. As of this morning there were still ten Tendrils of Dis and well over half of the health on the first tendril being worked on. I expect those wishing to will have plenty of time to earn the remaining achievements and all the Extant Third Age currency they might want.