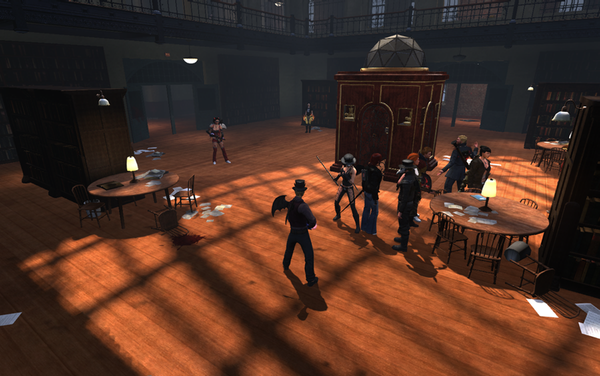 Samhain 2013 is in full swing in The Secret World, so the Knights of Mercy gathered in force this Secret Monday to tread the shores of the Solomon Islands and discover whether Tyler Freeborn really did die because he didn’t forward that text message to fifteen people.

After a quick, silent prayer to assuage the glitch gods we first headed out to Blue Mountain to make several runs against the Nightmare Cat God. For those that aren’t aware, the Nightmare version of the quest, Revenge of the Cat God, has a six hour cool down. However, if you have only one member of your group take the quest and enter the instance, you can meet up with them, kill Irusan, and roll on whatever he drops. Then everyone exits the instance, the next person grabs Revenge of the Cat God, enters the instance, and you meet up with them; rinse and repeat. This will allow you five shots at the Cat God’s purpley loots every six hours instead of one. Fair warning: it seems that it can glitch sometimes resulting in throwing you into a Normal version of the instance, leaving you lootless, but for the most part works like a charm.

I tanked for our five man group, with Rowan flinging bandages, and Mogsy and Mr. Mogsy tanked and healed for the second group. Total, minus a few glitched runs, we saw rolls on a purple assault rifle, a purple pistol, and no less than (and probably more because I lost count) three kitty pets. We were also able to get The Cat God mission completed for a few of us who had not yet done it. The Cat God thoroughly skinned, we headed off to the League of Monster Slayers treehouse in Savage Coast to get started on the Spooky Stories from Solomon Island quest chain. 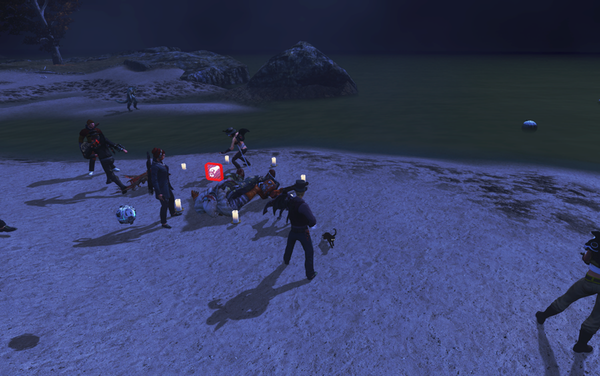 Our first stop was the library at Innsmouth Academy where we picked up The Rogue Groundskeeper. All of the Stories from Solomon Island quests can be completed in a Group or a Raid. We decided to form a Raid as we had a record eleven members show up last night. Needless to say, we mowed down all of the mini bosses in each quest, working our way through seven total stories (activating each encounter at least twice in order to get both Raid Groups credit), ending on The Phantom Email. From there we headed to Kingsmouth Town to take a crack as summoning a Super Jack for The Ghost of Jack-o-Lantern. 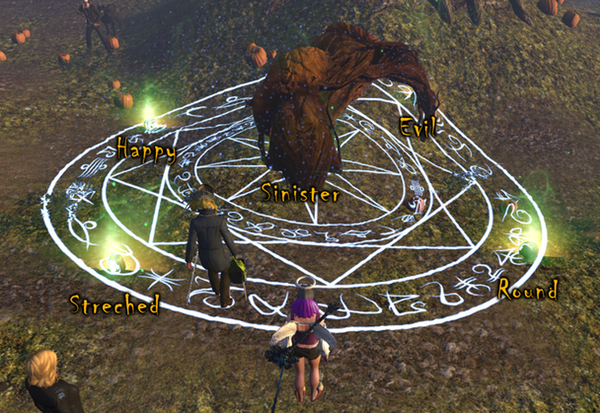 There was a bit of frantic running around and googling here, not to mention my untimely Internet connection failure, but eventually we were able to get all the pumpkins and information we needed to summon Super Jack … and he glitched and didn’t show up. We all kind of stood around looking at our muddied shoes as the crowd of expectant onlookers offered condolences for a properly executed but ultimately fruitless attempt. Luckily there was another Super Jack fight starting up in another dimension and, after a battle with the meet-up bug, we all eventually arrived in time to take him down and complete our respective quests (all except for Ocho, who got the purple loot bag but somehow didn’t get credit towards his quest … sorry man).

Over all the glitch gods seemed to have mostly ignored my silent prayer last night. We got a lot done, and mostly bug free, but those nasty little glitches did rear their ugly heads several times. I live in hope that today’s marathon five-hour maintenance will address many of the bugs we encountered last night and also, perhaps (pretty please with sugar skulls on top, Funcom), re-enable the Pumpkinhead, Bloody drop so that I can complete last years Achievement. 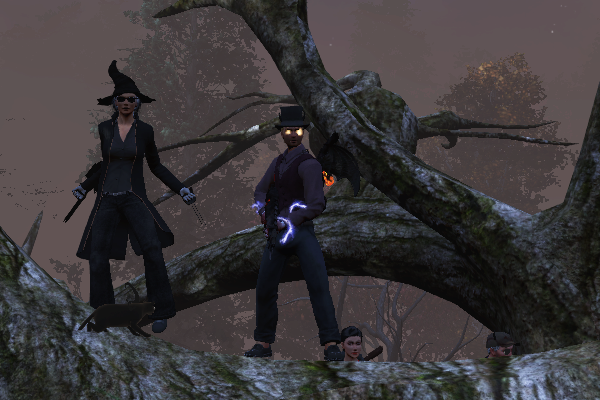 Last night I sported most of the Baron Samedi Outfit, substituting the regular black top hat for the missing bent stovepipe one, and adding the black lil devil horns and the black bat wings.