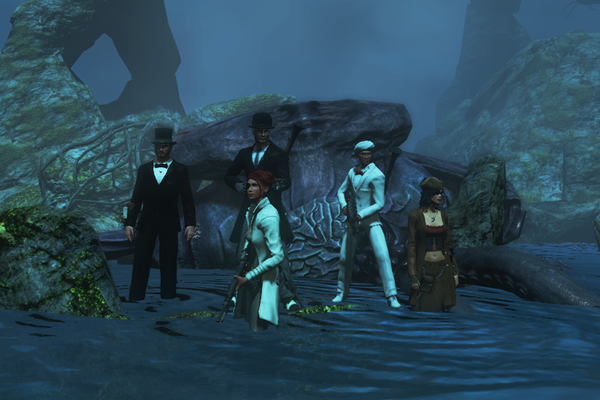 With all of the Events that have been going on in The Secret World in the last two weeks, it has taken the Knights of Mercy some time to get back into Elite Polaris and test our theories concerning the demise of the Ur-Draug. Thankfully, this last Secret Monday, we were able to get back in there and give it a go (with mixed results that still have us believing in a phantom bug on that baddy).

Armed with some really great advice, we went in equipped with some Debilitating skills. We had a couple of false starts, but our third pull had us believing we had the issue solved. We’d made it through the ‘blue phase‘ and were well on our way to bringing him down. Then disaster struck (with the Ur-Draug sitting at 5k health) and we had to start again. And, that’s when it all went to hell. 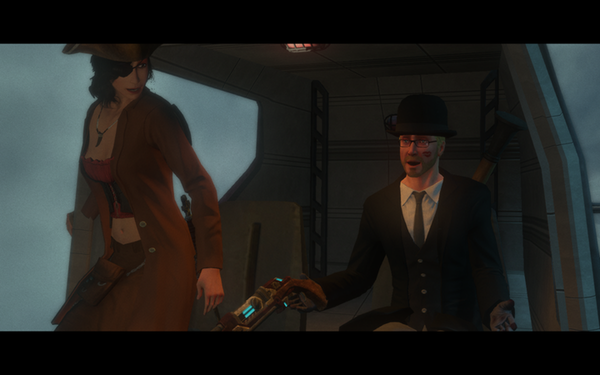 Despite two of us, myself and RowanBlaze, maintaining ten stacks of Debilitate on the Ur-Draug, he started Cleaving our Tank, MMOGamerChick, for ridiculous amounts of damage (in one case his first cleave hit her for 19k). We really began to suspect some kind of bug then, yet we continued to play with our decks (huehuehuehue) and toss ourselves against his slimy hide like a very tiny horde of zombies. The Cleaves they kept on growing, and in a final last ditch effort MMOGamerChick decided to leave the instance and then come back in hopes of clearing this phantom bug.

Magic. We downed him the very next pull, and that was with being short one DPS almost from the start of that pull due to some bad luck. It was as if there was some invisible debuff that was doubling and tripling damage or something, but in any case the Elder God died and we all rejoiced. That’s us above, next to his slimy carcass, doing our best impression of the League of Extraordinary Gentlemen (and Ladies). 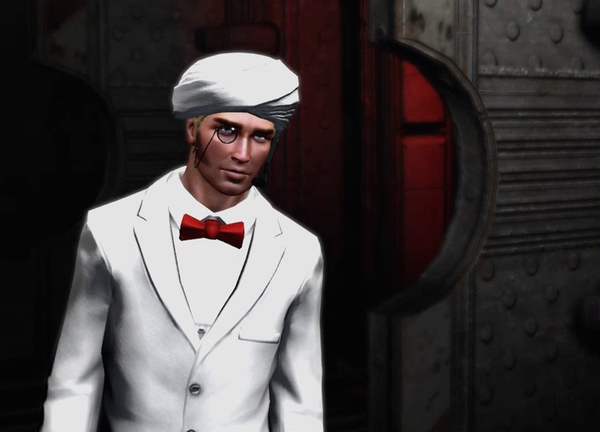 I do believe some bug reports are planned, as many screenshots were taken of the Ur-Draug’s ridiculous Cleaves, but in the mean time I give you What Chucho Wore. I call this outfit Sikhrit Agent Man: White Tux, Turban, & Monocle (get it … sikhrit … sikh … bah, tough crowd).