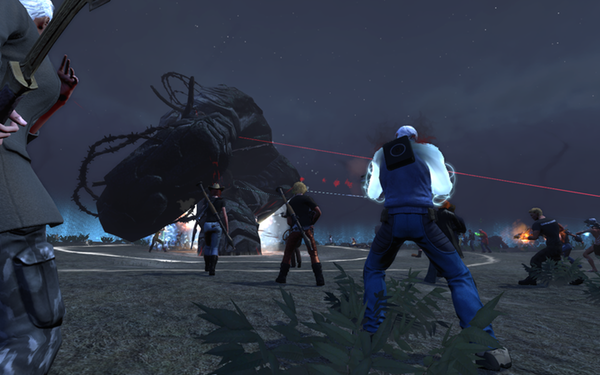 This Secret Monday we were short a Tank and a Healer, so we decided to run some of the Anniversary Event Bosses in lieu of another attempt on the Elite Ur-Draug with our newfound knowledge.

Syp, Ocho, Rowan, and I quickly found a group gathering for The Guardian of Earth in Kingsmouth, and Dimension/Instance hopped into it to take him down. After having run all of the Anniversary Event Bosses (with the exception of Fusang) it was hugely refreshing to run them in an actual group. When we next jumped into a Guardian of Fire fight in Scorched Desert, it was loads of fun for me to have a group to toss my sad little heals to, rather than madly clicking around looking for some random Bee who needed them.

After we downed the Guardian of Fire, we hopped into a fight against the Guardian of Pestilence in Shadowy Forest. This fight is one of the tougher ones, what with having to dodge his random, one-shotting, poison AoE whilst simultaneously fighting against the sadly terrible and now ubiquitous frame rates associated with these Anniversary Event Bosses. We did manage to down him, though, so it all ended well.

Syp and Rowan had had enough by then, and Ocho wanted to tackle some of his dailies, so I ran on and joined a group for The Guardian of Water in Savage Coast. I got a stack of Flares for my trouble and called it a night, but not before snapping a pick of What Chucho Wore. 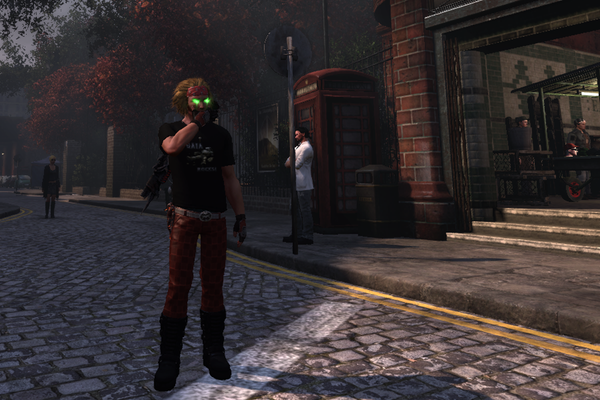 I call this outfit, ‘Tree-Hugging Axl Rose,’ as I’m sporting my ‘Gaia Rocks‘ t-shirt along with some low-rise pants, bandana, and my fancy Glowing Green Eyes. Tonight I think some of us will be tackling Issue #7. Definitely looking forward to that.