When I hopped in to The Secret World today, to get all the One Year Anniversary fun rolling, I honestly had no idea what to expect. I knew there would be some freebies in the Item Store, and I also knew I’d get a sweet buff for either AP, SP, or XP, but as far as this whole Guardian of Gaia thing was concerned, I was clueless.

The first thing I did was take advantage of the AP boost I got when I logged in. I activated my XP Milkshake to stack with it for an hour, and headed off to do my usual AP run in The Besieged Farmlands. As I was doing this I kept looking for signs of this Guardian of Gaia. I had a suspicion that he might at least appear in Egypt, due to the screenshots we’ve already seen and because of a tweet @BoomBoom_Man (Nassir) sent out earlier in the day, but I also figured he would be appearing in multiple zones. I didn’t see a thing the whole hour in Transylvania.

Towards the end of my hour AP run, I saw a post to Genera Chat saying he appeared in Kingsmouth, so I headed there. After some time running around, dodging zombies, I saw another post to General Chat saying that I should be on the lookout for the Gatekeeper. For those that aren’t familiar with him, he’s the gold Doctor Manhattan looking guy you have to fight to gain access to Nightmare dungeons. With that information in hand, I went looking for him.

It seems he doesn’t spawn in all instances at the same time; someone would post to General Chat that they were following the Gatekeeper at such and such address in Kingsmouth, I’d run over there, and see nothing. After the third or fourth such outcome, I finally spotted him on Lovecraft Lane, heading towards the ocean. 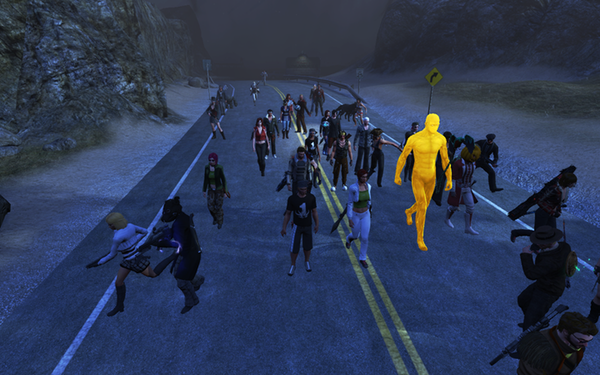 He turned left down Belmont Avenue, then left onto Angell Street. As we went, more and more people joined in. I formed a group and started inviting people from other instances who requested it. The Gatekeeper made a right onto King’s Court, went passed the firehouse, and crossed Kingsbridge. He then took the first right, in front of Edgar’s Scrapyard, took a winding path around the barricade there, and headed up Dunwich Road towards the airport. He finally ended up turning left into the field behind Edgar’s Scrapyard, where all the golems are. Here, finally, he summoned the Guardian of Gaia. 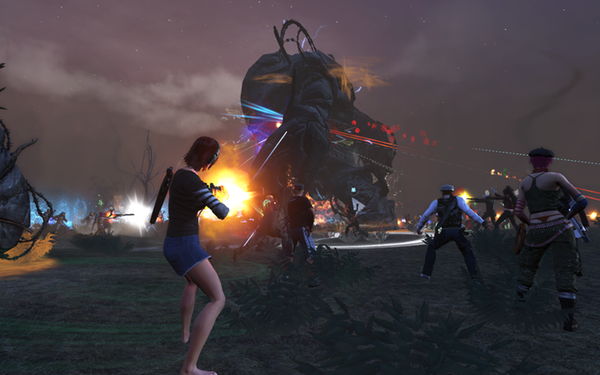 There were a ton of people there for this fight. My frame rates dropped to ridiculous numbers, but I managed to stick through it. It seems to be an advantage to be ranged in this fight. He has one AoE he casts occasionally that all the melee had to run out of. In the end we brought him down. 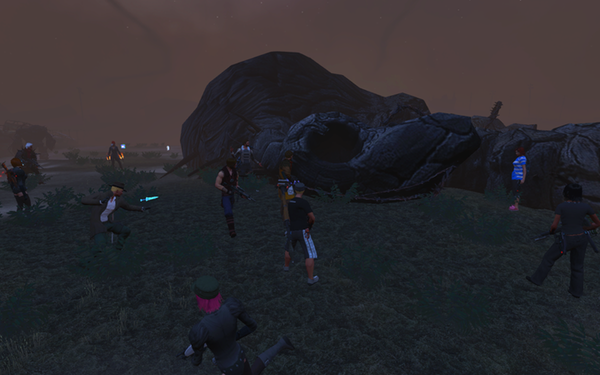 For my troubles I got five more flares. I’m told there is a chance to win a mini Guardian of Gaia as a non-combat pet, and I’ve already seen a few running around. The Gatekeeper apparently takes the same route every time, and ends up in the same place every time. If you don’t want to wait for him, just watch General Chat for folks who have spotted him, and ask politely for an invite. My guess is this pattern will be similar in all the zones where he’ll make an appearance. Not sure what the respawn rate is, but I’m hearing two hours. Hope this helps anyone who had the same questions I had. Good luck, and have fun!

UPDATE: The Gatekeeper appears to spawn at the Agartha Portal in each zone. He then walks to where he will summon the Guardian of Gaia. Also, there is a two hour cooldown for each Guardian of Gaia. This means, once you kill one of them, you have to wait two hours before you kill that same one or you won’t get a reward for the kill. Aditionally, I’ve found it helpful the /chat join anniversary. This channel is used much more heavily than General for locating Gatekeepers and Guardians.

TIP: Don’t use AoE abilities on the Guardians. Sticking to single-target abilities will go a long way toward preserving your frame rate and everyone else’s.