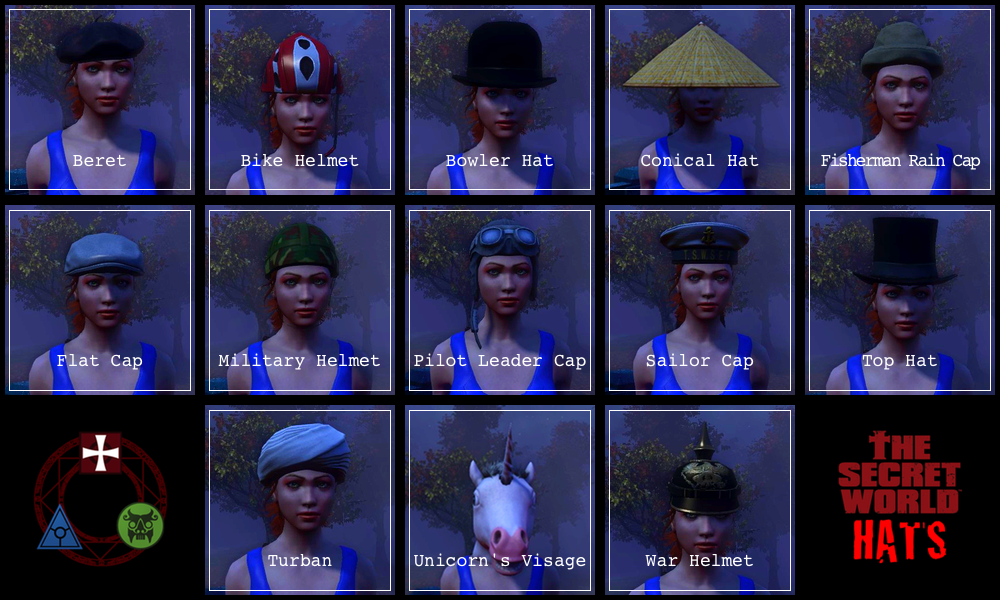 Recently, Funcom announced they had added a boat load of new hats to The Secret World‘s in-game Item Store, a clothing accessory that until then had been sorely missed. Let me tell you, when Funcom fixes something, they do it right.

Pictured above are the thirteen new chapeaux added to the game. I’ve already picked up the beret, the conical hat, and the turban for Chucho. I just know I’ll see Dortmunder sporting a bowler hat next Secret Monday.