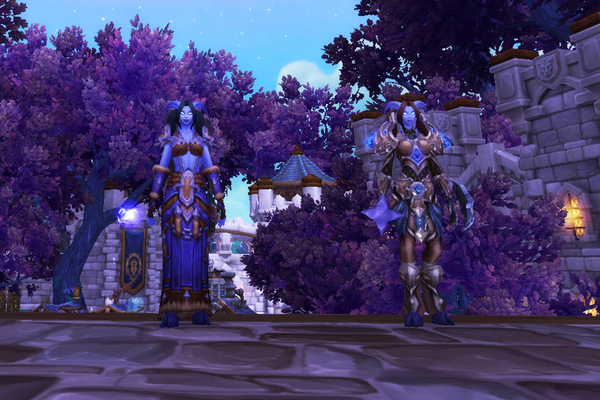 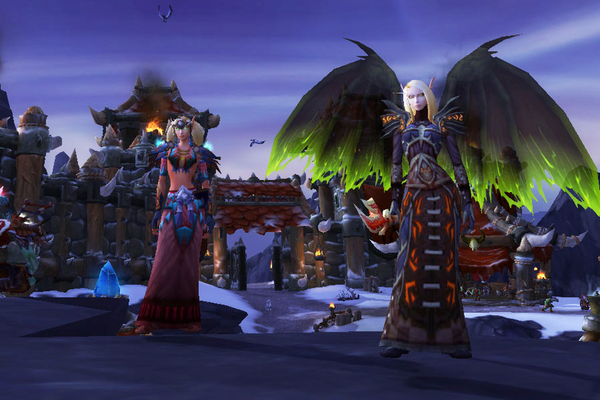 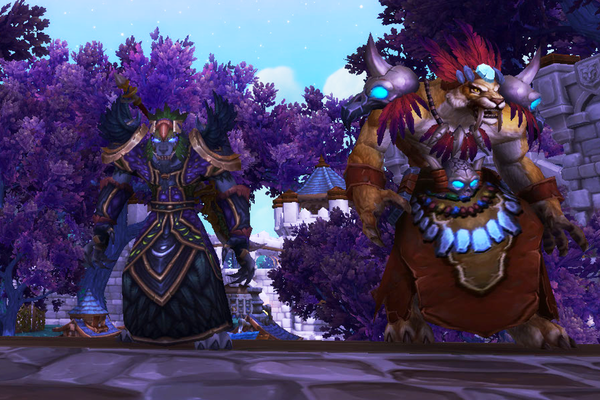 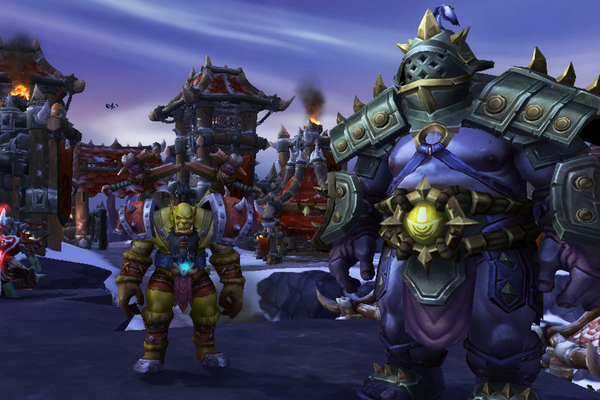 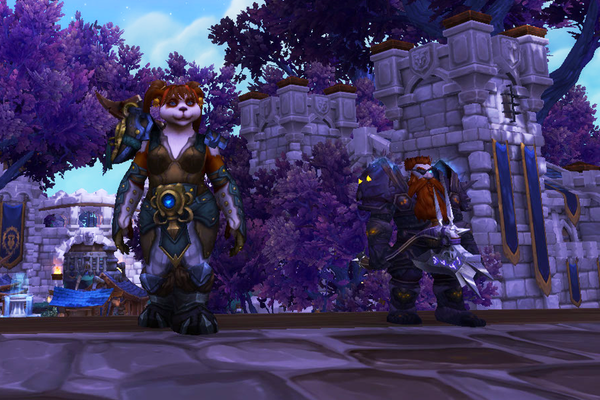 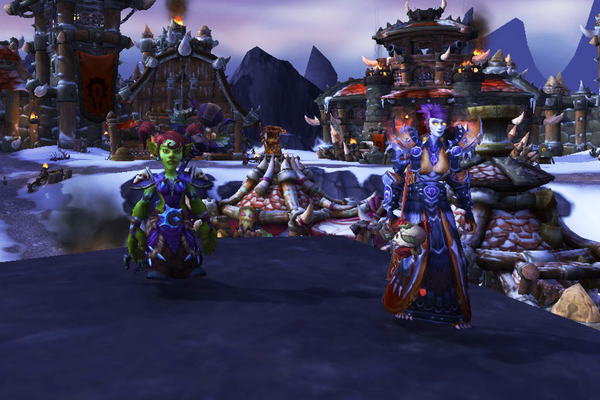 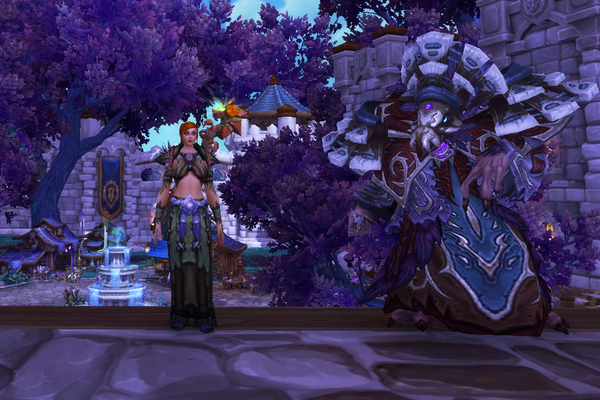 A lot of unpleasant news and general rage concerning World of Warcraft, and it’s latest expansion Warlords of Draenor, has been swirling around the blogosphere lately, but I’ve honestly been too busy having fun to pay it much attention. Oh, I keep abreast enough to know that people are, and I think rightly so, upset about Blizzard’s announcement concerning the future of flight in WoW. I also know that, with the announcement of three million subscribers up and running off, there’s a lot of general grumbling about how WoW is dying and there’s just nothing to do in game anymore. I actually think, especially after reading this article over at In An Age, that the two are kind of related. More on that later. 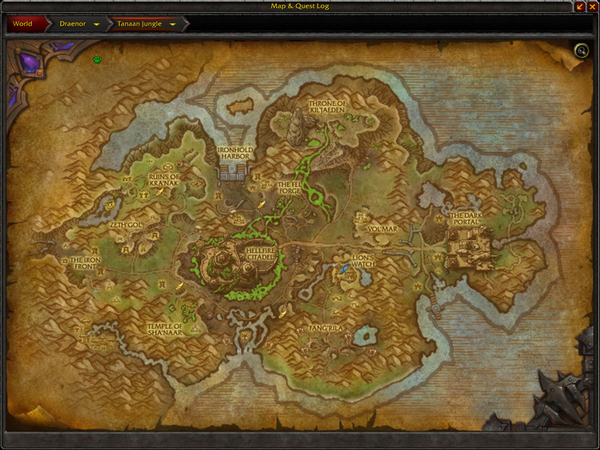 As I said, I’ve been way too busy to worry too much about any of this. Until the end of last week, I honestly wasn’t sure I was going to have enough time to get everything I wanted to do done before Patch 6.2 launches.

I have seven alts, four Alliance and three Horde, and I wanted them all to be Tanaan Jungle ready when the patch hits the live servers. I’m also one of those filthy casuals, in that I don’t have a ton of time to play MMOs and also flit from game to game as they hold and lose my interest. For this reason I decided, at the end of Mists of Pandaria, that I was going to call LFR “end game” in WoW. I don’t have the time, or honestly the inclination, to devote to a Guild for Heroic raid progression. Honestly, what am I really missing: repair bills, frustration, long nights. This way I get to see the content. I get the challenge of getting 25 yahoos who don’t give two bits about each other to work together to finish a raid. It’s all fun and it’s fairly low key and low on the demand scale for my time.

I’ve spent most of my time on the solo portions of the game for each of my alts. They all have level 3 Garrisons, they’ve all completed the Garrison Quest Chain, they’ve all, as of last Thursday, finished Chapter III of the Legendary Ring Quest Chain, and they are all (thanks to Disco Priest’s excellent blog post) ballin’. I’ve even stockpiled enough Garrison resources so that I can hit the ground running when it comes time to build their Shipyards.

I have had a great deal of fun doing all of this. I also do Pet Battles, work on my Professions, and have even started doing the Heirloom Quest Chain by running daily Heroic Dungeons for Misprinted Coins. Point being that I have never felt like there wasn’t anything fun for me to do in WoW since the launch of Warlords of Draenor. Mists of Pandaria didn’t grab me. After I hit max level on my toons, I unsubbed. A couple of months before WoD launch I resubbed to get ready for the expansion and I’ve been subbed and having a blast since.

I realize that not everyone is like me, and clearly three million people felt that the game wasn’t worth the subscription, but I think that it really boils down to, like everything, what you make of it. WoW is not the game it was and I’m here to tell you it’s never going to be. I like what it has become. I like that, despite my schedule, I can still enjoy a game who’s lore and story has had me fascinated since day one. There are, unlike the heyday of Vanilla WoW, tons of options out there for the MMO enthusiast. If WoW isn’t doing it for you anymore, maybe it’s time to shop around. You can, though, shop around without having a hissy fit. The game isn’t dead, isn’t dying, and won’t die anytime soon. It’s simply changed. 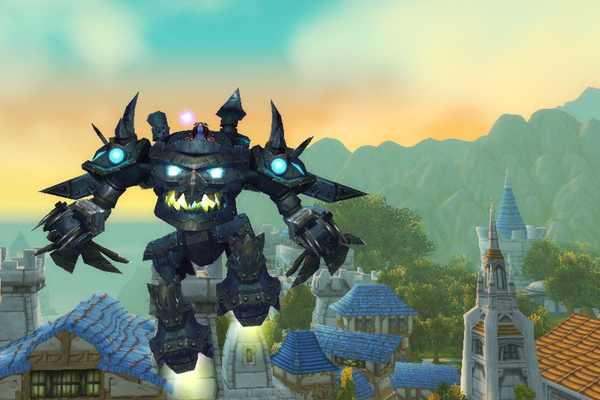 That said, I do have something to say about WoW becoming a No-Fly Zone, and like Azuriel over at In An Age, I think it’s related to the vocal minority screaming about lack of content. As a software developer by trade I can tell you that pretty much anything can be done, given enough time and resources. This idea that flying mounts are somehow game breaking is ridiculous. If you design for flying mounts, there’s nothing to break. You can design all quests around someone attempting to do them while flying. And before you say, “well, not everyone has flying mounts,” (really?) then you give everyone – EVERYONE – a slow ass flying mount. The claims being made by the devs are just lazy design in my opinion, or they are masking the real driving force. Flying mounts require a fully rendered 3D world; no shortcuts in map creation, no 2D sprites or sky boxes. This takes time. Blizzard, bless their hearts, hasn’t been able to turn out content faster by any measurable metric. I do think, like Azuriel, they’re looking for ways to streamline … to cut time and resources needed to produce new content.

It boils down to this. Do you want them to cut corners to get you your content faster?