I debated writing this up at all, but I had so many great screenshots that I just couldn’t not do it. That said, there will be spoilers galore after the jump. If you have not completed the Story Missions for Issues #10 and #11, stop reading now! You have been warned. 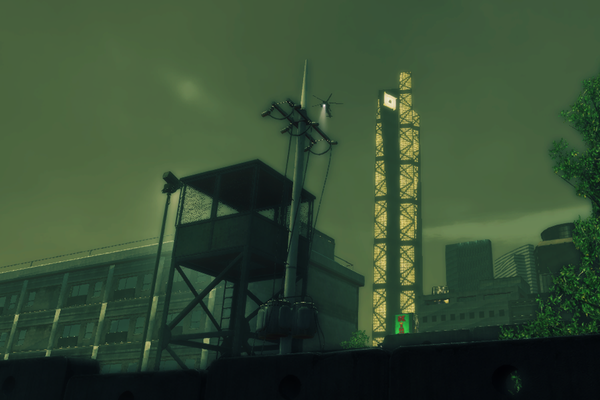 I have been waiting for the end of this story since my character first swallowed a glowing honey bee almost three years ago. To their credit, Funcom has done an excellent job keeping things interesting in The Secret World and ladling out details as the issues have progressed, despite the many obstacles they’ve had to overcome. I didn’t, however, jump right in when Issue #10 launched. As it happened, I wasn’t ready to jump back in (I was quite busy in World of Warcraft) until Issue #11 launched which meant I had a huge chunk of story left to finish. 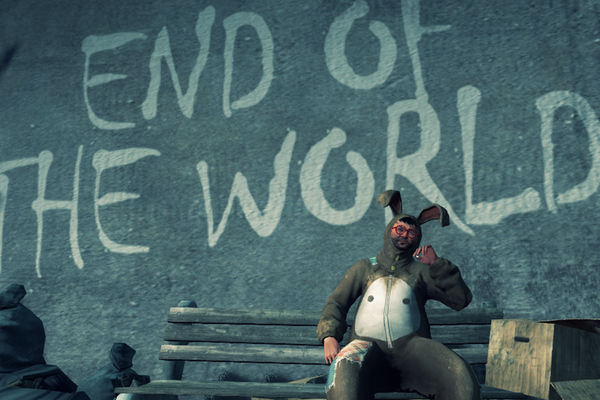 I didn’t lallygag. I jumped right in and followed the White Rabbit to Jake Hama, a Love Hotel Detective dressed in a furry bunny suit. A furry bunny suit with nipples. Seriously. Funcom rocks. Jake spent a lot of time gabbing, smoking cigarettes, and drinking, but he put me on the right path and off I went. 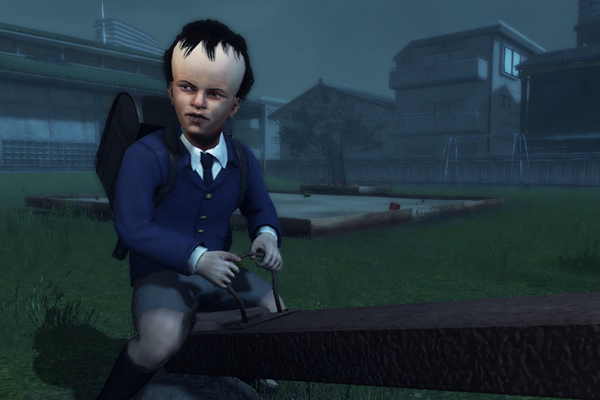 I meandered around the new zone, picking up and completing side quests (thanks to the new map icons added with the Enhanced Player Experience), until I came across Jung. This kid seriously freaked me out. He was like Gollum in hot pants or something. Still, his direction lead me on further, finding and completing more side quests, until I found the rabbit’s hole. 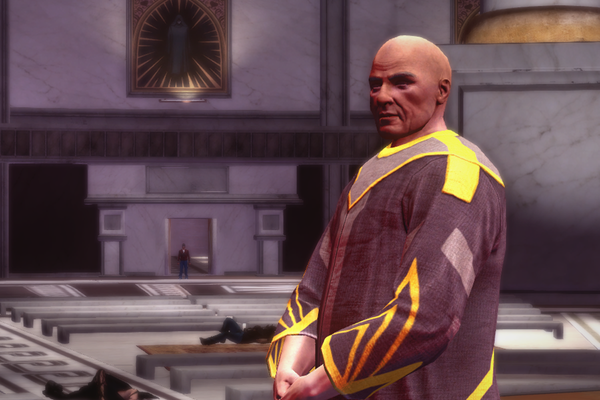 This guy apparently didn’t have a name. He definitely wasn’t the rabbit, but he was a Priest of the Blinding Light. I took to calling him the Morninglight Pope, but he was definitely no pacifist. The fight against him was epic, and a fantastic capstone on a part of the story that is full of lore with a thick icing of creepy tragedy. It was honestly one of my favorite parts of the story, but alas there was still much to do. 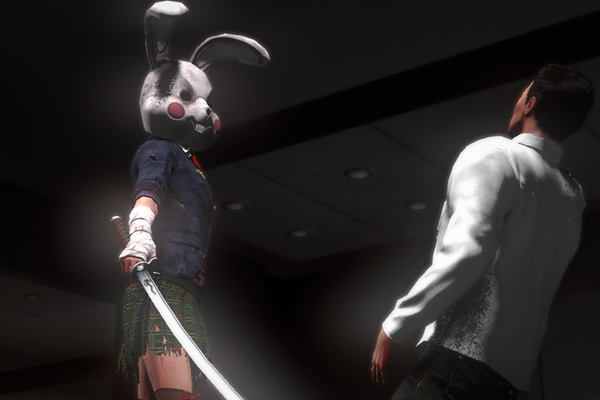 It was clear, after yet another epic battle with a Crawling Prayer (so not kidding) and some more sleuthing, that The Bunny Killer was on the loose and needed to be tracked down. 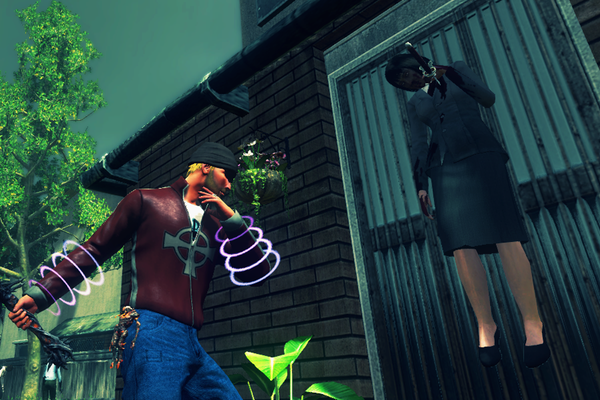 The first breadcrumb she left me was clearly a sign of things to come. Following a trail of bodies, which included another booby-trapped apartment building and some more side quests, I eventually tracked her down to yet another apartment building. 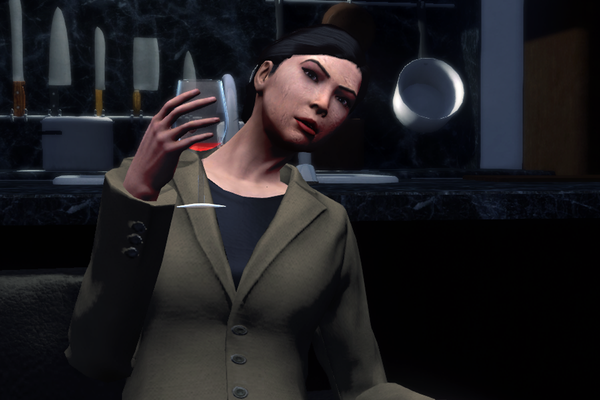 For once it seamed that I’d beat The Bunny Killer to her mark, Naonomi. This poor woman, though; she blathered on and on about her role in the subway bombing, her involvement with the Fear Nothing Foundation, The Morninglight, and Orochi. She talked about Che Garcia Hansson. She talked about John. 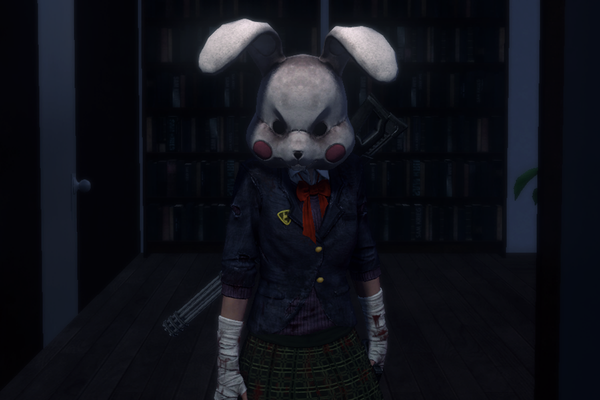 My presence in Naonomi’s apartment didn’t seem to be a deterrent for The Bunny Killer. As I headed out to the Dream Palace, to find Che and John, she dropped in to finish her work. I think poor Naonomi was too far gone for any other remedy. 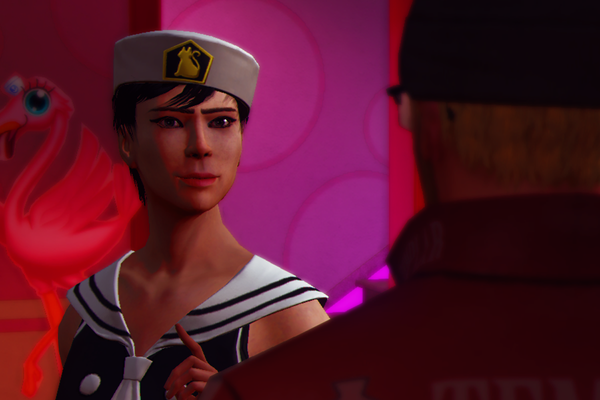 Kaoru, the lovely hostess at the Dream Palace, let me know that Che and John were no longer guests of the love hotel. She did direct me to John’s room, though. After spending some time exploring the hotel, I went to the room she indicated. That’s when all hell broke loose. 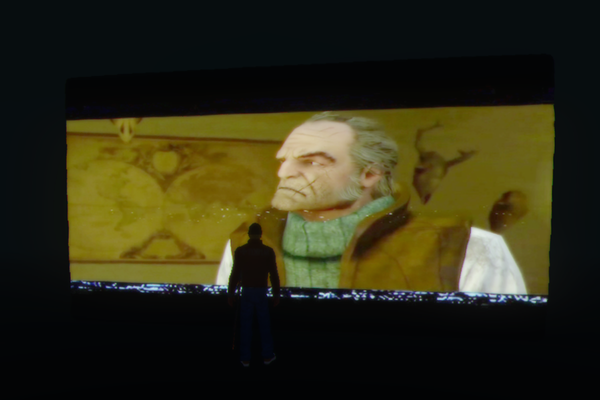 Che was nowhere to be found, but John hadn’t exactly checked out. John, it turned out, was everywhere. He was in the walls, in the city, and in my mind. He spent a great deal of time riffling through all my experiences since swallowing that honey bee. He forced me to relive some of them. Along the way he showed me his own experience with The Dreaming Ones … the Filth. 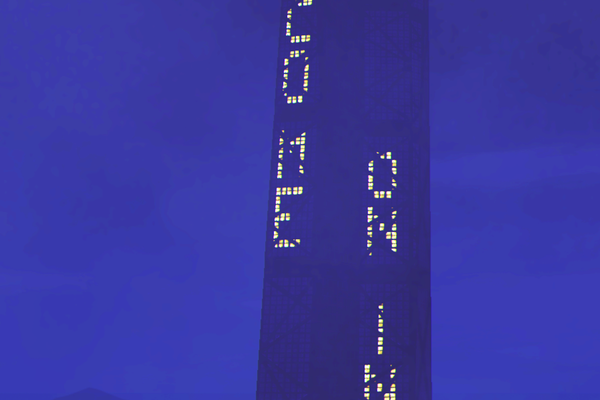 When John was finished with me, I woke up still in his old room in the love hotel. He’d told me Lilith was in the Orochi tower. In case I wasn’t sure where that was, outside in the Tokyo skyline was an engraved invitation.

Jump to The Secret World: Left My Heart in Tokyo – Part II.