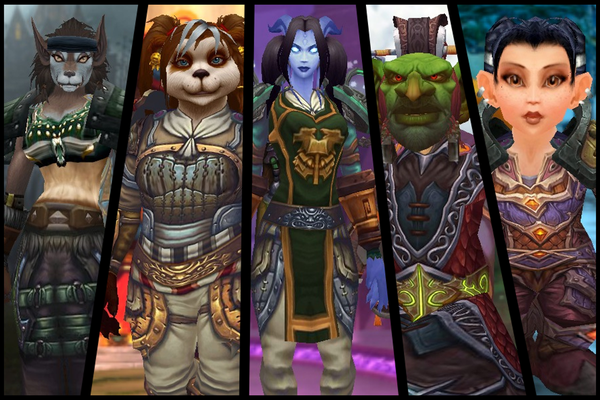 Almost three months ago I posted about stepping back into World of Warcraft: Mists of Pandaria on a 7 day trial. At the time I expressed some reticence concerning WoW, though I also talked about how it was and always would be my first MMO love and how much fun I had over those 7 days. A few weeks after that post I renewed my subscription, a little earlier than I’d said I would, and started my prep for World of Warcraft: Warlords of Draenor. I’ve been having a noodle cart full of fun since. 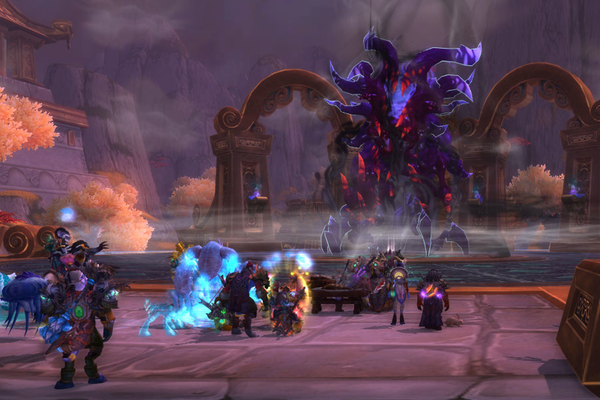 First and foremost, The Timeless Isle has to be one of the greatest reward vs. work daily hubs ever put into an MMO. It is ridiculously fun and easy to get a character LRF (Looking for Raid) ready in less than an hour by running around the island, killing mobs and opening chests. Add-On’s like TomTom and RareCoordinator make the experience even better. I’ve managed to get all five of my characters to iLvl 490+ in a very short time, with some pretty sweet rewards along the way. 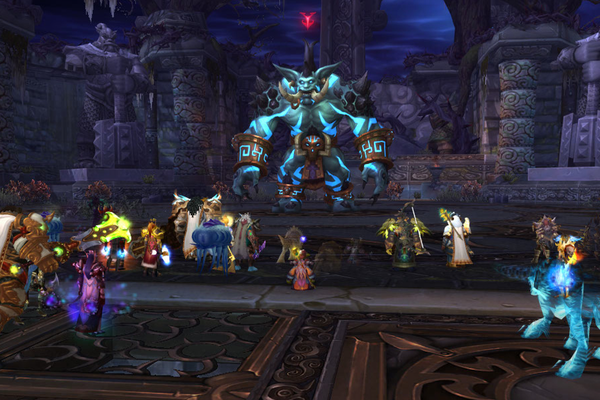 LRF itself is nothing like I expected and everything you’d want it to be, especially if you queue as a Healer as I do. I’ll start off by saying that LRF is nothing like the PUG Raids of old; the only thing you have to do is make sure you have the appropriate iLvl for the Raid you wish to queue for, and then wait out the queue. If, like I do, you go into the raid, do your job, and keep your mouth shut it is an incredibly pleasing and rewarding experience. Having the Deadly Boss Mods add-on will go a long way toward helping you survive the mechanics of fights you might not be familiar with.

Admittedly, as a Healer, I might have an easier time of it. But I’ve also run LRF as DPS and, apart from the considerably longer queue wait times, it’s just as pleasant. Oh, there have been occasional moments of drama, but they are short lived and the offenders are summarily vote-kicked. Most people who use LRF seem to want to just get through the content with no fuss, as it should be. 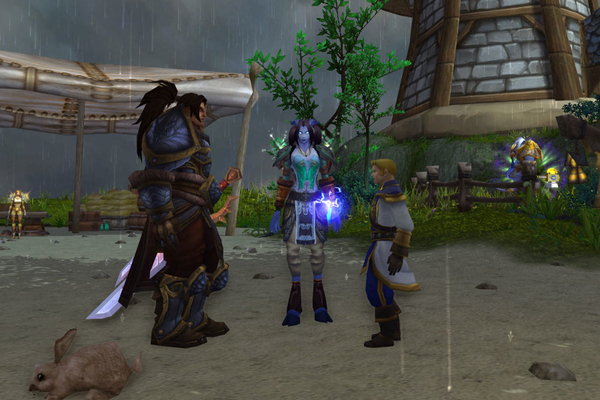 That said, here’s where I step up on my soapbox for a bit. I have played a lot of MMOs in the more than twenty years I’ve been at this hobby. From the classics like Ultima Online, through the latest purported WoW killers like Star Wars: The Old Republic and Wildstar. I have seen a lot of fantastic ideas, both fantastically and horrendously implemented, over the years, but there is a reason why Blizzard remains the top dog (by a mile) in the MMORPG market space. Understand, that I don’t meant to imply that just because a game has the most subscribers means that it is the best game, but it definitely means it is the most successful. And, we’re not talking flash-in-the-pan success. World of Warcraft has dominated its market since launch day for one very simple reason: Blizzard strives to provide an enjoyable experience for as many types of players as it possibly can. This is is why, despite losing half of the subscribers it had back during the height of the World of Warcraft: Wrath of the Lich King days, it still remains at the pinnacle of the heap of MMOs that have cropped up over the years.

For casual players like me, there are things like LRF and The Timeless Isle. If you’re still one of those hardcore raiders, you can form groups and walk into Raids just like the old days for better, or even greater (Heroic) loot rewards than LRF. You can play Pokemon with the Pet Battles system. You can play Farmville with your very own plot of land in Pandaria. You can become a fashion diva by customizing your gear appearance. You can collect mounts, pets, achievements. You can run Scenarios … the list is seemingly endless and there is almost always something to do for every style of player out there.

Are there ‘better’ games out there? Certainly! Everyone is different. But, in my opinion most of the other MMOs are very narrowly focused towards one minority player type or another and it shows in their active subscriber numbers.

Is this wrong? Absolutely not. But, if you’re looking to get into an MMO that will have something you like to do, you honestly can’t miss with WoW. Maybe it will help you find your niche and then you can go looking for an MMO that focuses on that, but in my opinion your money will never be wasted with WoW.