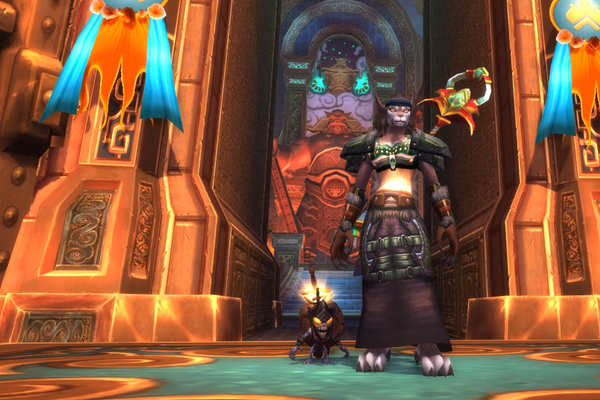 Late last week I received an invitation in my email box to come back to World of Warcraft: Mists of Pandaria for free, for seven days. I get these every few months and I usually take them up on it just to keep my Armory access refreshed and poke around to see what’s new. Often, there’s so much new going on (and I’ve grown so used to limited action sets in games like Guild Wars 2, The Secret World, Neverwinter, and Wildstar) that I immediately feel overwhelmed and just log off.

WoW is, and always will be, my first MMO love. Before jumping into it, way back in the day at launch (plain vanilla WoW launch), my only experience with MMOs had been Ultima Online. I played WoW exclusively for almost seven years, and have since returned for each new expansion and played again until I reached level cap on at least a couple of toons. Usually I grew tired of one Reputation grind or another, or because I didn’t have enough friends playing raiding was out, and I left. 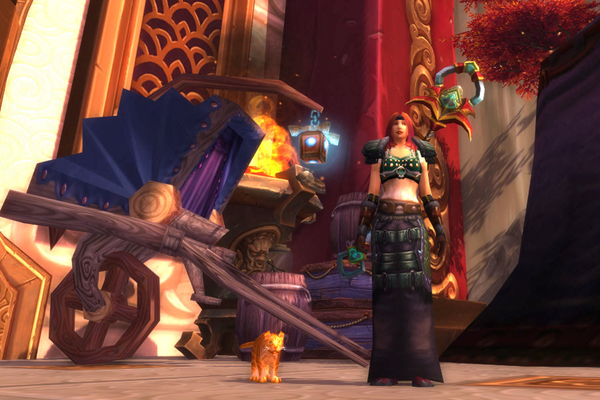 Looking for Raid was implemented after the last time I cancelled my subscription, and since then I’ve had so much going on in other games that I haven’t returned. World of Warcraft: Warlords of Draenor looks pretty exciting, though (and I know I’ll be returning for it), so this time around I decided to use my seven free days to clean house and get back into the feel of things before I subscribe again sometime in September. 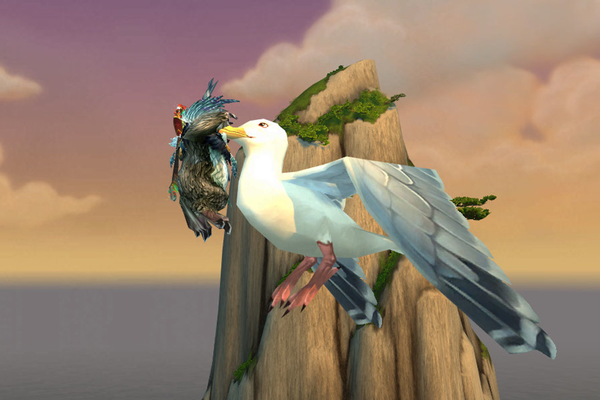 I went through and, without remorse, deleted a bunch of low level alts scattered across several servers. I consolidated gold and transferred one toon (Rauf, my Dwarf Shaman) to Silvermoon where my other three max level toons are. I went from about fourteen alts down to four and ended up with about 25,000 gold all told. Four toons will be much easier to manage during the new expansion than the army of alts I had before. 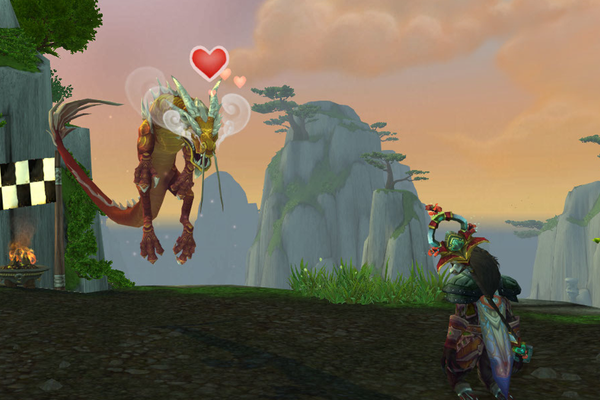 I then went and played around with some of the dailies I used to run, to get back into the feel of the game. I have to say I really started to enjoy myself. I actually took a break from Wildstar and The Secret World this week because I was having so much fun. Mogsy and Rich were kind enough to introduce me to The Timeless Isle, or as they call it, Epic Isle. Man, that’s a lot of fun. I went from an iLevel of 424 to 472 in about 20 minutes. No joke. 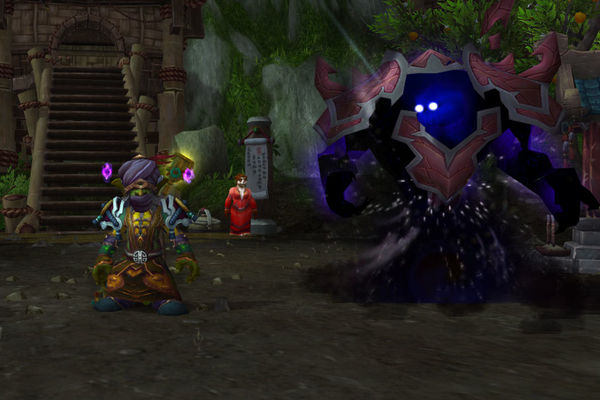 I spent most of the seven days on Fillina, my Worgen Druid. But, I also logged into Gosur, my Goblin Warlock, to clean his inventory and get him prepped. 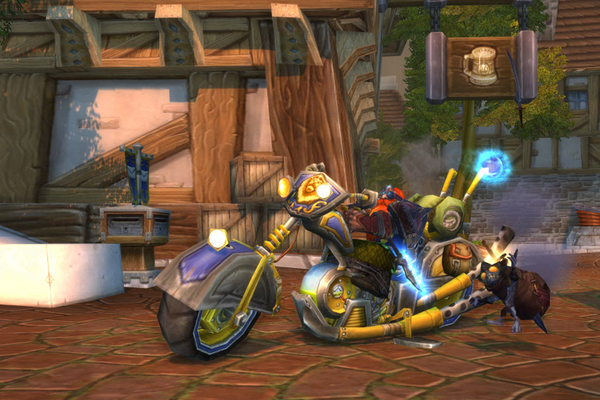 Rauf, my Dwarf Shaman, also got a seeing to, as well as Xue, my Pandaren Hunter. Xue is actually my oldest toon. She started life way back in plain vanilla WoW days as a Male Dwarf Hunter named Gimble. When Race Change was introduced she got her sex change and became a Draenei. She’s been female ever since, and during Mists of Pandaria I changed her to a Pandaren and renamed her. 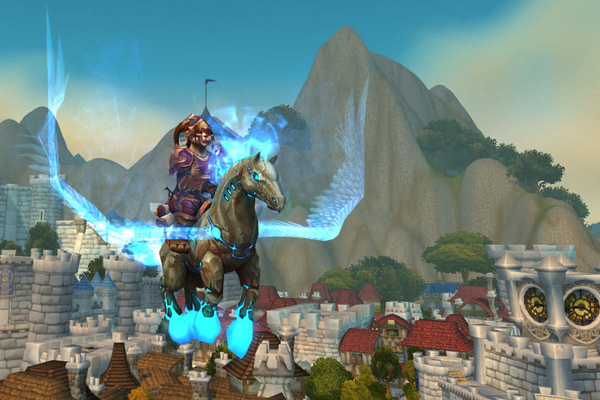 I’ll probably be using my free boost to 90 to level up Rauf, and then I’ll spend those first couple of months between September and launch (Blizzard historically launches the expansions around November, so I’m hoping they’ll stick to the pattern), leveling Xue to 90 so I start Warlords of Draenor with four endgame toons.

My seven free days are nearly over, but I’m really looking forward to September. Right now it feels like any progression I make is a waste of time, so I’ll bide my time and jump back in when there’s a fresh new world to explore.