This Secret Monday report will wrap up my four part walkthrough series for Sidestories: Further Analysis. Last night the Knights of Mercy tackled the Trials of the Dragon. We had actually tried to do this one last week, but ended up doing The Abandoned instead because part of the quest bugged on us, we believe, because we were in a group. While all of the other quests seemed to work fine as a group, Trials of the Dragon is best tackled solo as there were other group bugs as well. That said, this last Investigation Mission is a brain twister with yet more translation (luckily all of it in one language) and brain teasing clues. As before, if you’re not here looking for help with the quest, read no further; spoilers after the bump. In the immortal words of Leeroy Jenkins, “Let’s do dis!” 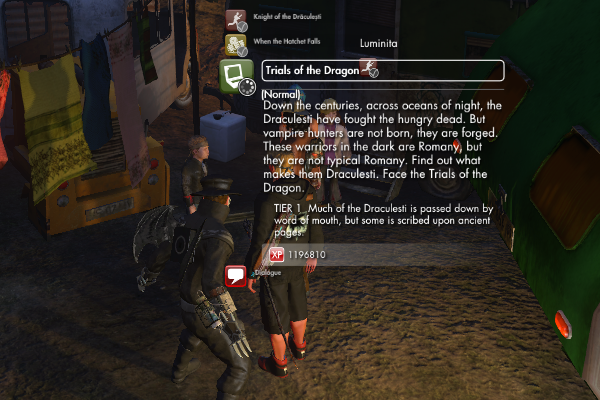 Trials of the Dragon begins with Tibor in the Romani camp in Shadowy Forest. Once you accept the quest, a cut scene will begin in which Tibor and Luminita (the creepiest looking kids in any video game ever) discuss the trials. I don’t think there were many hints in the cut scene, but it is entertaining to watch. 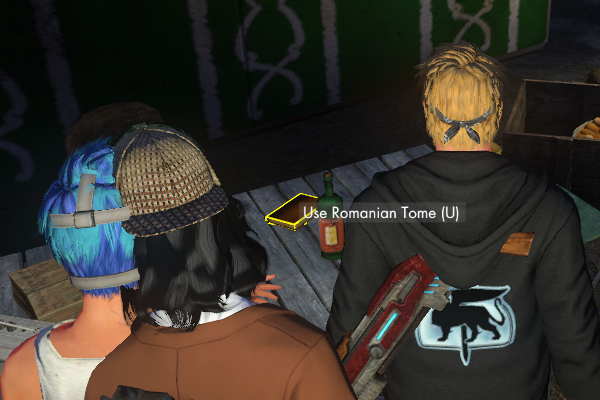 Once the cut scene is over, head to a nearby table where there is a book describing the trials in a bit more detail, though not much. 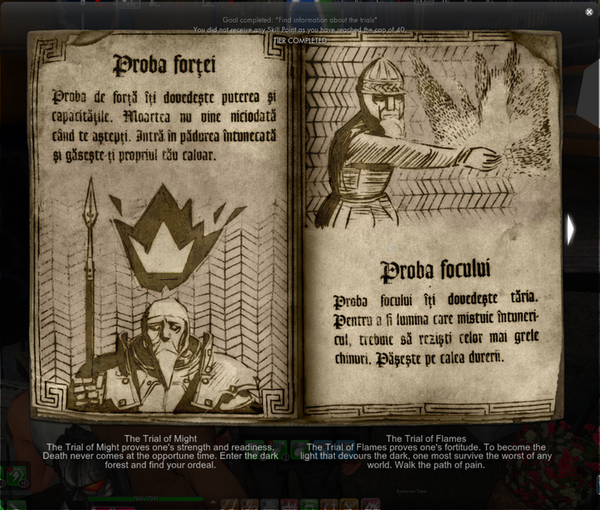 Luckily this text is translated for you, so the first clue is at least easy to read. The Trial of Might says to “Enter the dark forest and find your ordeal.” The actual tier text is a bit more specific, mentioning challenging a Roamni man to a fight in the forest. 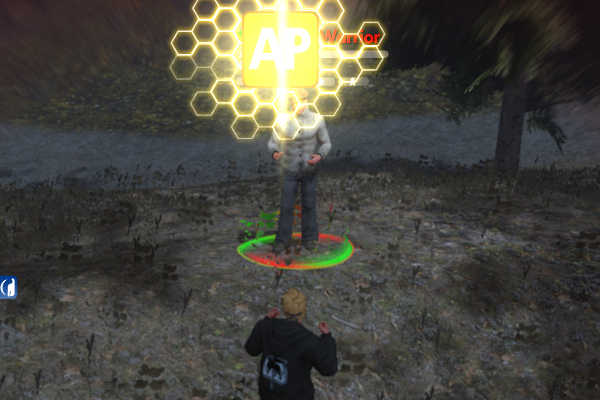 You’ll want to head north of the Romani camp, to map coordinates 838, 937. Here you will find several Romani Warriors standing around. Pick one and challenge him to a fist fight. This fist fight is a little tougher than the ones in The Last Train To Cairo, so be prepared. I stacked as much health as I could (which also helps in the next tier), and slugged it out. 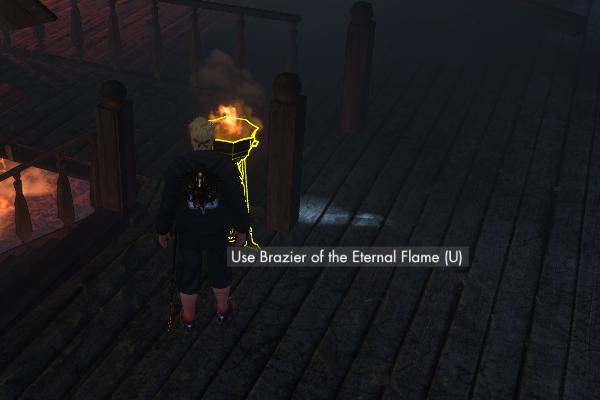 Once you’re done slugging it out with the gypsy kings, head over to the Abandoned Taverna in Hell’s Row. It’s located at map coordinates 449, 441. Inside is a brazier you’ll want to click on to begin the Trial of the Flames. 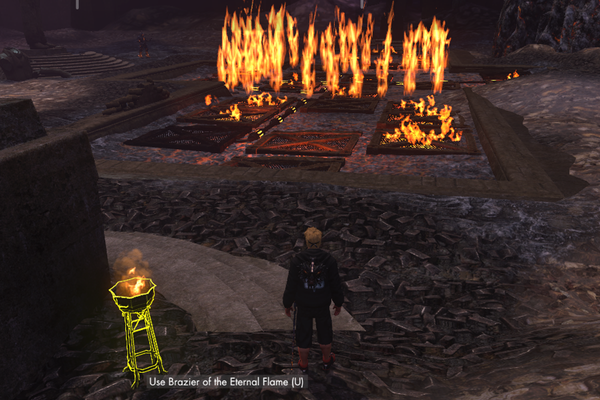 This was the sectioned that bugged on us when we were in a group. Clicking on the brazier actually takes you inside the Hell Eternal instance, to a sort of walled off garden of flames. Only one person can run the trial at a time, and there are no mobs to fight, so doing this solo shouldn’t be an issue. The trial involves walking across hot coals to metal platforms in such a way that clears a path to the end. If you leave the course at any time, you have to start over. If you die, you have to start over. Also, you’ll be taking damage the entire time, and dodge and all healing abilities are disable during the trial. Fun, huh!?

There are two important things to note for this trial that, once I figured them out, made it a lot easier. One, stepping on a tile flips all the tiles around it. This means that you have to move strategically in order to turn off tiles around you.  As an example of what I mean, when you start the trial, by stepping into the flaming circle that appears, the first tile in front of you will be cold. There is a row of three tiles after it with the left and right ones being cold and the middle one being hot. Stepping onto the first tile will flip the middle one in that next row to cold and the left and right ones to hot. Now you can step onto the middle one in the next row and, when you do, the ones to the left and right of you will flip back to cold. Easy peasey.

The next important thing to note are the pipes connecting some tiles to the walls of flame. In order to turn off a wall of flame, you need to stand on the tile at the end of the pipe it’s connected to.  In the previous example, the first wall of flame is connected, via a lit pipe, to a tile in the second row from the start. If you move from the middle tile, in the second row, to the left hand tile and stand there a bit you’ll see the lights in the pipe flip off one by one until the wall of flame goes down. This process of moving to strategically turn off tiles and walls is then repeated until you reach the end. Remember you’ll be taking damage anytime you’re not standing on a cold tile. Hot tiles will kill you instantly regardless of how much health you stacked.

I stacked every piece of tanking gear I had and muscled my way through this. Sadly, I didn’t take specific account of the exact route I took, but if you follow the two important notes I outlined above, you should be able to get to the other end without too many problems. Once you get to the other side, click on the brazier there to complete the trial and exit the instance. 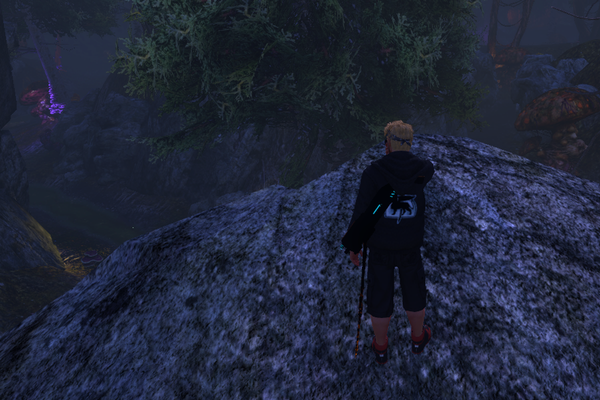 The next trial, the Trial of the Shadow, directs you to the Mirewood. More specifically you need to head to The Spoiled Garden (the Lair in the Shadowy Forest). Around map coordinates 998, 516 you should see a pillar of golden light. You may also see a couple more off in the distance. I believe these are just different starting points because once you step into the light, you are given a buff and the others, save one, disappear. The one that’s left is in about the middle of the Lair at map coordinates 1085, 388. You need to get from the starting point to the pillar in the middle without being spotted by any of the mobs in the lair. If you are spotted, the buff is removed. You must exit the lair and start again. Again, I didn’t take specific note of the route I took, but it was pretty straight forward. Take your time, watch the routes patrolling mobs take, and move behind mobs (they don’t seem to have eyes in the backs of their heads). Once you reach your goal, there will be a sword to click on. Doing so advances the quest and you can just haul ass out of the Lair. Beings spotted at this point won’t matter. 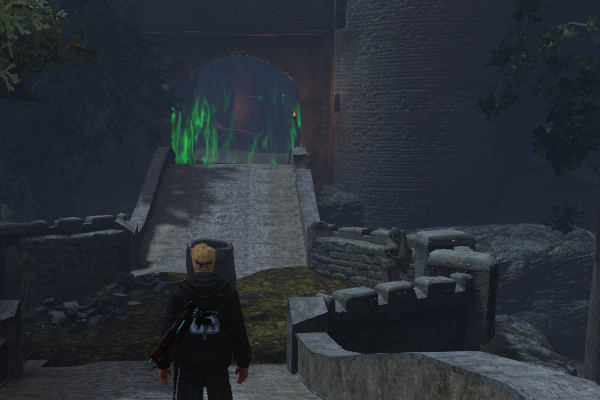 The Trial of Intelligence directs you to an old Romani city. This would be the Ruins of Iazm Ciune, located at map coordinates 501, 890. Once you pass through the shimmering green door the next phase will start. This tier involves finding and translating several bits of Romanian graffiti scattered throughout the ruins. For this portion of the quest I switched my smartphone’s keyboard to Romanian, fired up the Google Translate app, and typed in each one to get the clue to find the next one. The first one is just past the shimmering green arch, on the left. I’ve included images of each bit of graffiti, with their map coordinates and translation, below. 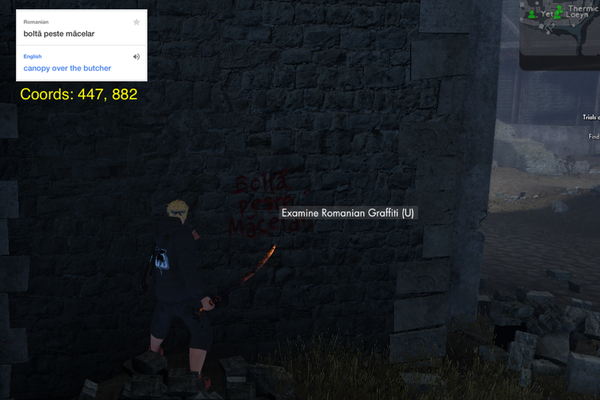 Head to the butcher. You’ll have to kill him to get on the table to his left and jump up onto the awning. 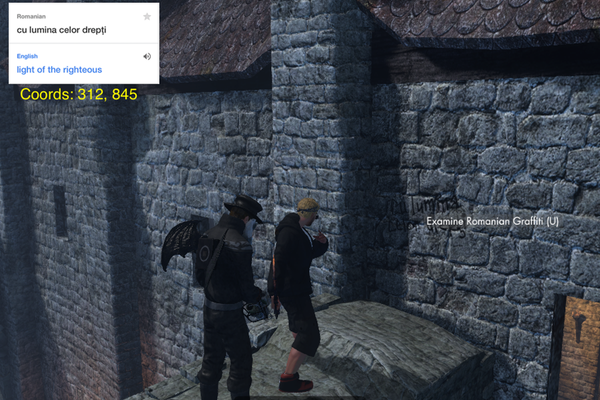 Head to the church. Again, you’ll have to kill the mob standing in front of the doorway in order to get to the graffiti. 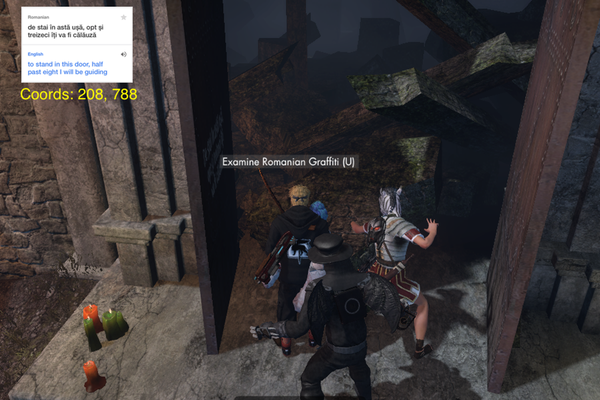 Half past eight? We figured a clock tower and then just the highest point in the city. There’s some scaffolding in the south west corner of the ruins. Head there. 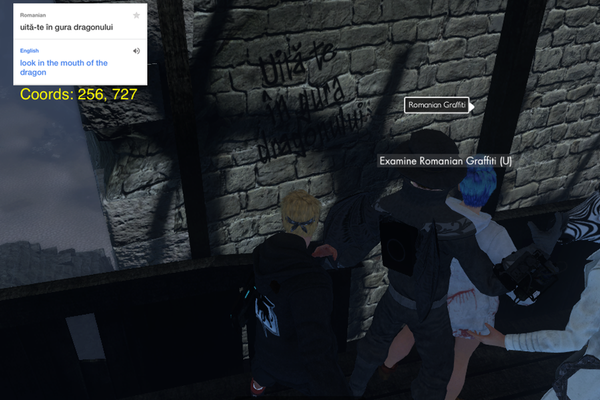 Easy enough. There’s a headless statue in the courtyard outside the church. A serpent coils around its base. That’s our next clue. 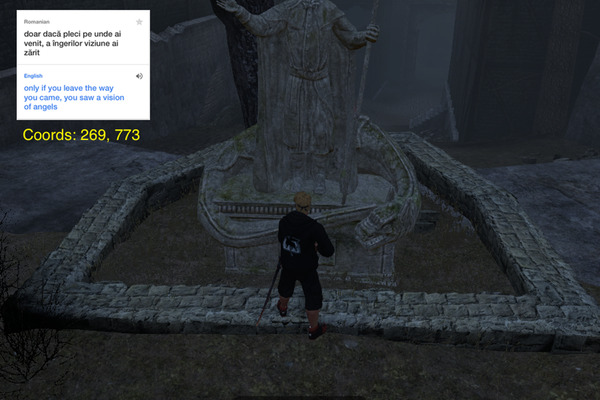 Seriously? Back to the start. Come on, Funcom! Oh, alright. 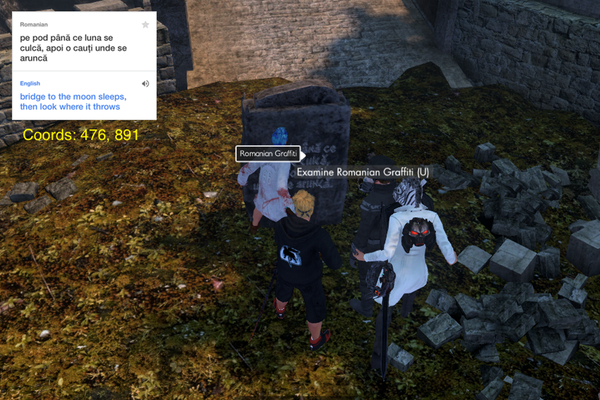 Well, lookie here. You do miss it coming the other way. But, bridge to the moon? WTF!? This one took a lot of running around because honestly the clue sucks. But eventually we ended up in a house in the north western corner of the ruins.

Clicking on the block highlighted above will open an archway outside and to the left. 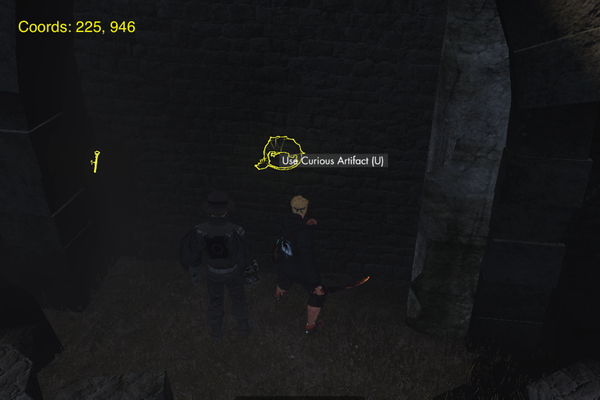 Click on the highlighted object, beyond the doorway, to complete the quest. If the archway closes on you, use the torch on the left side to reopen it. 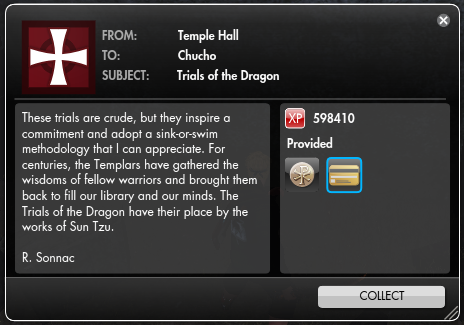 If you’ve been following along with the Knights of Mercy, this should also complete Sidestories: Further Analysis, netting you a neat little gadget and a mystery box. The gadget, in my opinion, is worth all the eye straining translation in this series of Investigation Missions. I had an awesome time doing them with my friends! Tokyo is just on the horizon now. Historically, with the release of the issue cover, there should only be a couple more weeks to wait. The fact that the Whispering Tide seems to have an end date of the 21st of May would support that hypothesis. I hope you enjoyed these walkthroughs and found them helpful. See you in Tokyo!