This week I continue with part 3 of the 4 part series of walkthroughs for the Sidestories: Further Analysis Investigation Mission pack. Like last week, if you aren’t looking for a spoilerific walkthrough of The Abandoned, then I suggest you stop reading here. There be dragons beyond the bump. 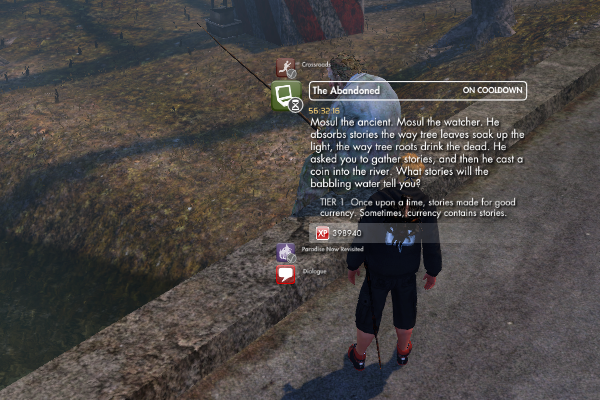 The Abandoned starts with Mosul, the friendly Bridge Troll in the southernmost part of Shadowy Forest, on the road to Carpathian Fangs. During the cut scene that starts when you pick up the mission, Mosul tosses a coin over the side of the bridge. 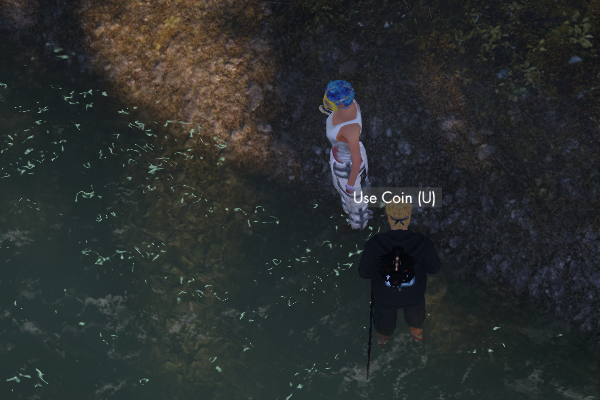 This coin lands on the western side of the bridge and is the next step in the mission. Once the cut scene ends, hop down and use the coin. 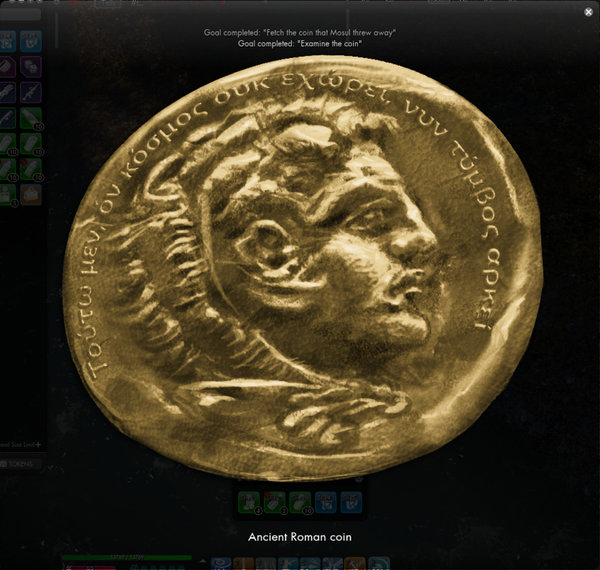 This is where all the translation fun begins. The Knights of Mercy are a diverse group. Syp is by and large our dead language expert; he is so choice. If you have the means, I highly recommend picking one up (there, that’s my Ferris Bueller reference for the day). In all seriousness, he saved us a lot of time. I’d have figured, “Ancient Roman Coin? Must be Latin.” I’d have been wrong. It’s Greek. That said, the translation still took us a while, but Mogsy‘s google-fu won out and eventually the word “grave” was teased out of the Greek and we ran off to the Graveyard. 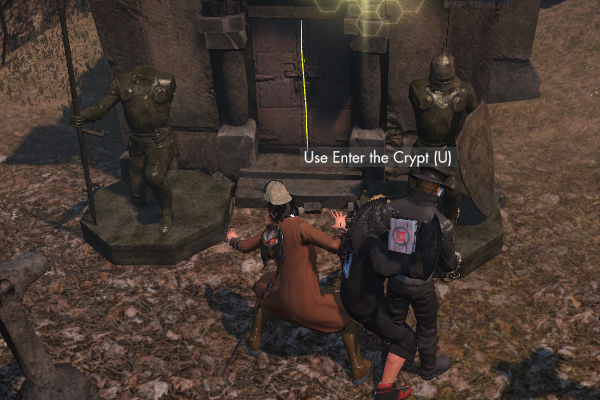 The crypt in question was found at map coordinates 753, 572. Clicking on the right-hand statue’s head reveals the entrances. Clicking on the entrance gets you in. Here you’re directed to search the crypt. The first obvious thing is a pedestal with an inscription. Hooray! More translation. 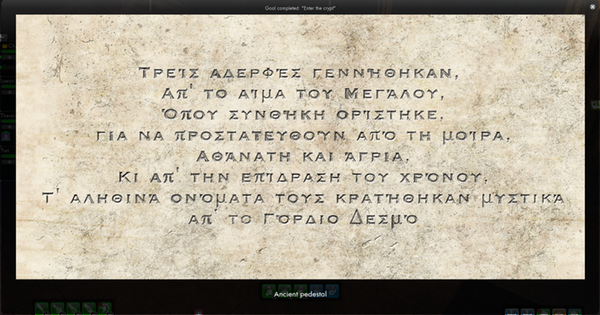 Admittedly, we didn’t spend much time translating this. In the crypt there is also a book, at the far end of the room, tied to a table. Syp said he just used his shotgun on the ropes. Whatever he did, all I had to do was run up and pick up the book. [Update] Thanks to commenter Jon C., here’s a translation: “Three brothers born/From the blood of large/ where condition defined/ to protect themselves from the fate/immortal and wild/[KI] from the effects of time/ [‘T] real name their kept secret / from the knot.” 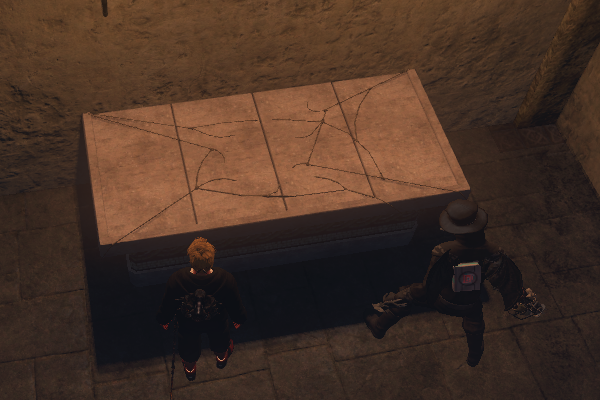 The book mentions Iele, as did Mosul. We’re all well familiar with that sly little faerie, so we immediately headed out in her direction. 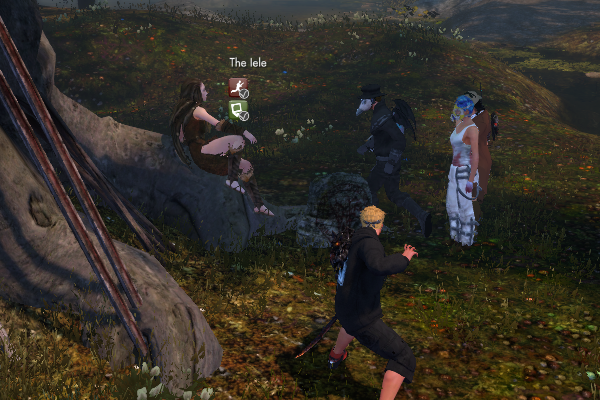 Clicking on Iele gets you a Children’s Book. Clicking on that reveals some of the sweet, storybook art that I have grown to love in The Secret World. It is one of the things that makes Transyvania as a whole, and Shadowy Forest in particular, my favorite zone in the game. 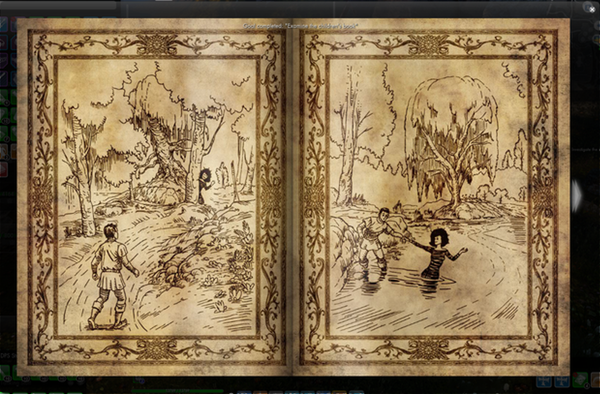 There are more pages to the book than the above, but in the interest of brevity I’ll let you look at the others on your own. The crux of the story is the tale of a Romany man lured to his death by a mysterious woman. Looking for the start of the story, in the Shadowy Forest, will allow you to experience the story first hand. You’ll want to look for a Romany man at map coordinates 1004,752. Hang out there and wait for the mysterious woman to appear. 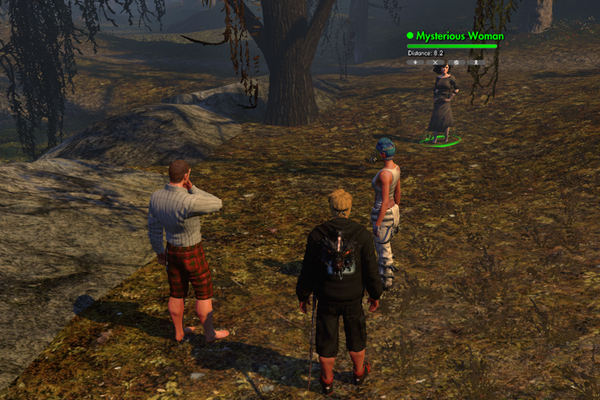 Once she does, you’ll need to follow her. It’s not hard. She moves pretty slowly and does some really creepy things along the way. 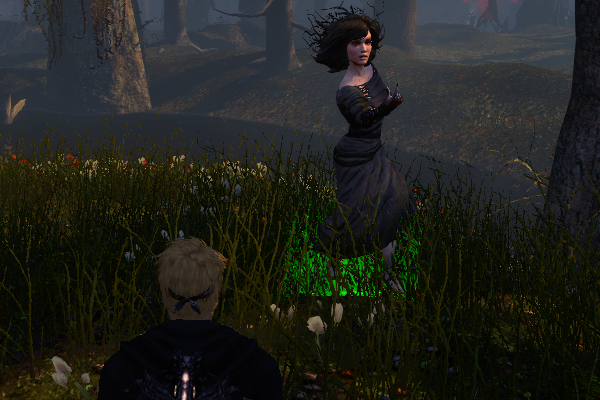 She very quickly became one of my favorite NPCs in the game, and all through some very subtle but well executed animations. 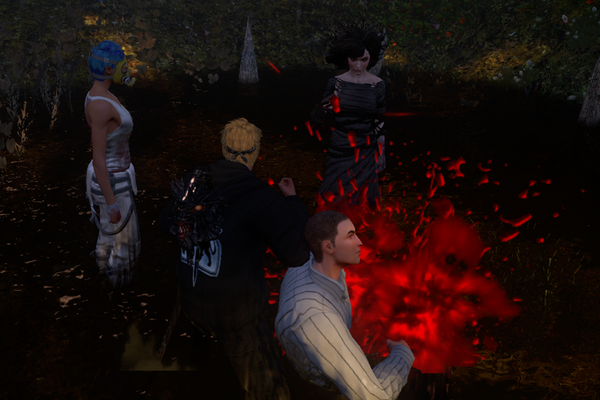 That is until I remembered how the story ends. But, hey, all good things must end, and once all is said and done you’ll need to inspect the corpse of the poor, dead Romany man. On it you’ll find some egg shells and one last note to translate. 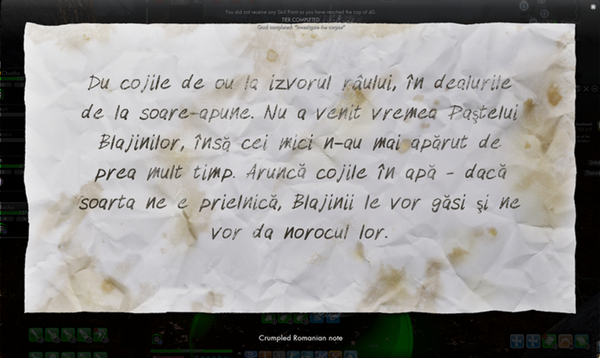 This note is in Romanian. Rich saved the day here, as well as Mogsy‘s google-fu, and it eventually led us to the source of a stream, in the far western corner of the Shadowy Forest, at map coordinates 315, 545.  The text talks about a Romanian Easter custom of dropping eggshells into a stream. At those coordinates you’ll want to click on your eggshells and then follow them down stream. 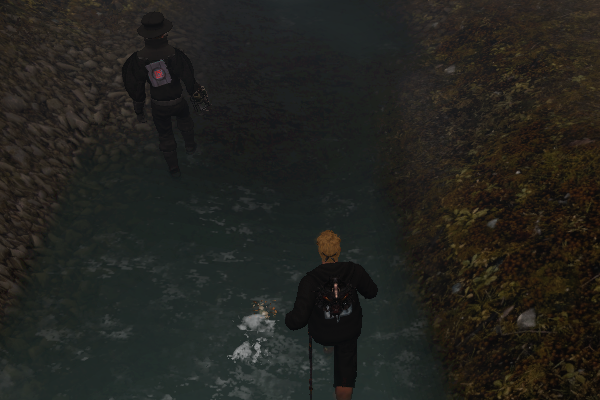 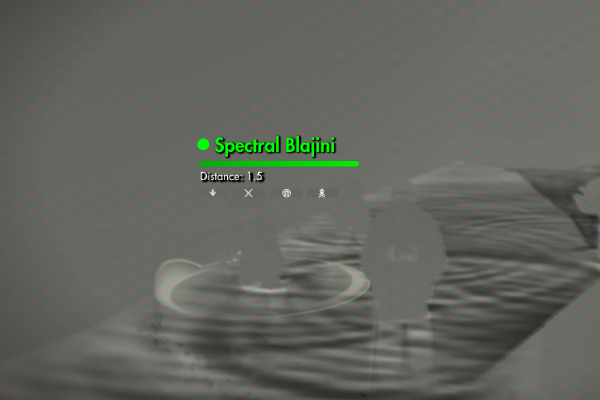 Beyond the bars there are some Spectral Blajini. Clicking on one will get you a reassembled Easter Egg. It’s time to head back to Mosul. 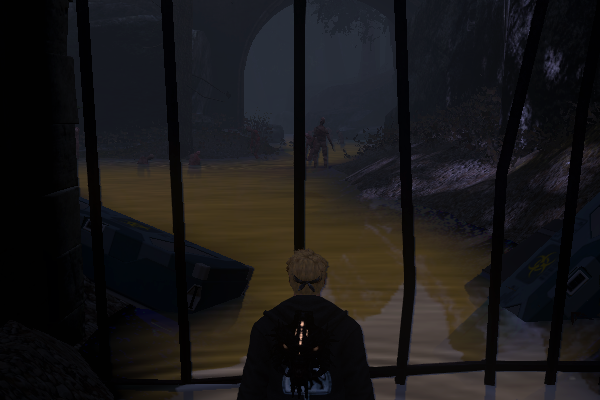 Don’t forget to step beyond the bars before you resurrect, though. Otherwise you’ll just have to die all over again. In any case, head back to Mosul and click on him. Then you’ll need to give your egg to another player. Simply targeting them and right-clicking on the egg in your inventory accomplishes this task and you’ve won! 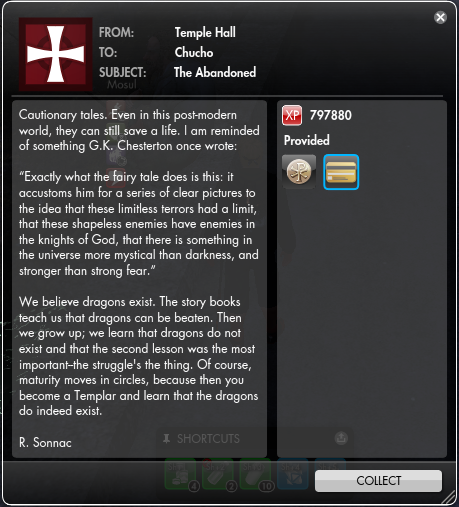 Doing these quests with a group of friends in TeamSpeak has been invaluable to me. I honestly don’t think I would have gotten through any of them, and this one in particular, without Syp, Mogsy, and Rich. I did play around with switching my keyboard on my iPhone to both Greek and Romanian, and then entering the text from each note or clue into Google Translate. I suppose in time I would have gotten what I needed, but the group mind is way faster and more accurate.

Tune in next week when I will wrap this series up with a walkthrough for Trials of the Dragon.