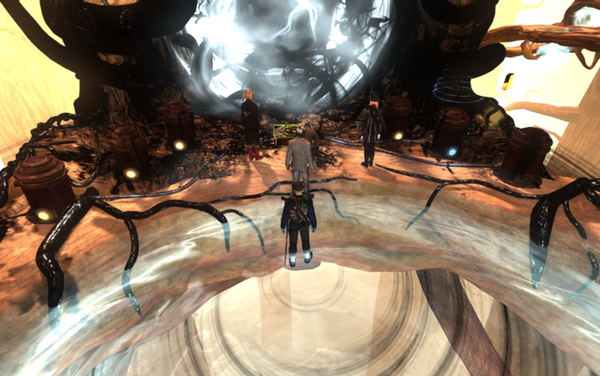 The final phase of The Secret World‘s Whispering Tide meta event has begun and everyone is pouring all their water and junk runes into the cleansing protocol canisters as fast as they can. I, personally, have been anticipating this portion of the event for a long time because I’ve had mountains of Pure Water in my bank, being mostly a damage dealer and off tank.

After my initial dump into the canisters, which wasn’t until Saturday morning (when four of the six canisters were already full), I netted well over 2000 Extant Third Age Slivers. I also broke down well over 100 HoT potions I had, earning me a further 1000 Slivers. Given some of the new items added to the vendor golems, this won’t even make a dent (which leads me to wonder if some way of earning Slivers is planned to persist after the cleansing portion of this phase is complete), but it will allow me to purchase the final pieces of the Carapace of the Immaculate Machine and upgrade some blue Glyphs to QL10 purple. These are the things I really want out of the event anyway (I’ve given up hope of getting the pet or any of the new bits that were added at a cost of 10,000 Slivers).

I have one more piece of the Carapace to get, and for that I’ll need more Extant Third Age Fragments which I assume will drop from Flappy once the portal is cleansed and opened. In the mean time I’ve been running Scenarios to earn more Pure Water and work my way towards the last few pieces of the Venetian Tactical Armor I need. Again, I don’t really need any of the gear upgrades sold by the Venetian vendors, so MOAR CLOTHS!

I’m actually really looking forward to the Whispering Tide event being over. I want to get to Tokyo, dammit!