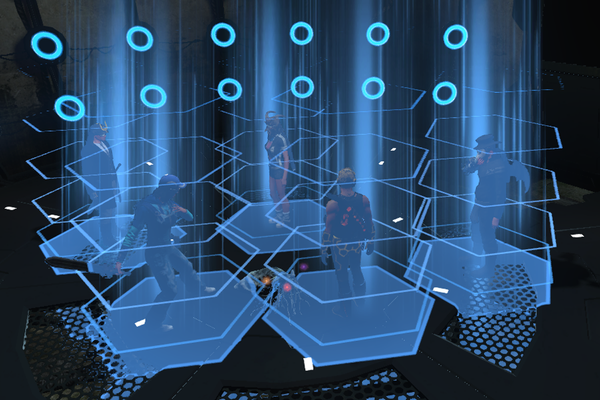 I have to say that if there’s one thing The Secret World does better than any other MMO I’ve ever played, it’s that manic “oh my god, we are going to get mowed down by this entire army of mobs,” thing. And mind you, I’m not complaining. It’s especially gratifying to come out victorious on the other end of something like that and I love The Secret World for it.

This Secret Monday we decided to take a break from Nightmare dungeons (we’d run two the previous week); I think there was a general consensus that we needed a light-hearted team building sort of thing instead of the work (and lets face it, as fun as they are, Nightmare dungeons are work) we normally tackle. Thus it was that we decided to try our hand, once more, at Normal level Group Scenarios.

A little history here: when Issue #8 first launched we immediately dove right in and tried a Normal level Group Scenario. I believe it was The Hotel. Our butts were promptly handed to us. I don’t think we even got past the first wave before all the survivors were, ironically, no longer surviving. We decided then to forgo Group level difficulty and, on those nights when we did Scenarios as a Group, we did them on the Duo setting. 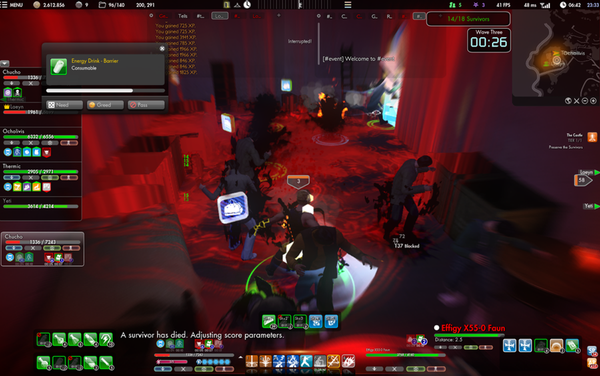 Since that time most of us in The Knights of Mercy have been running Scenarios in Solo mode when not actively running together. This has given us a lot of time to learn the mechanics of the Scenarios and to also gear up better than we were (considering all those Elite dungeons runs) at the start. With the addition of the Novice difficulty setting, we’d more recently stopped doing Duo mode Normal and instead were doing Group mode Novice. Last night, after roflstomping The Hotel on Group Novice, we decided to try the next two one Normal mode.

The Mansion was frantic, but we came out on top with 12 of 12 survivors still breathing by the end. Flushed with success, we headed into The Castle praying we wouldn’t get the Padurii boss. Our prayers were answered but not before, I swear, every single spawn point lit up at the end of the third wave, all at once. I was alone for most of the wave, defending the group upstairs, while Mogsy, Rich, Ocho and Syp defended the other two. Syp rode in to the rescue, when he freed up, but it was a bloody mess by the end (as you can see above) and we lost two survivors. Still, 16 of 18 is not bad at all on that map and we gave ourselves a hearty congratulations. 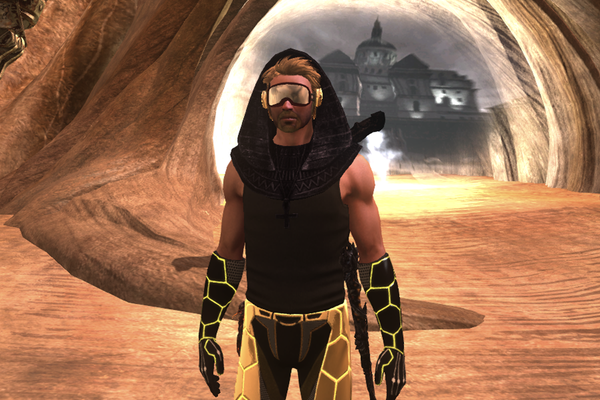 We called it a night after that, having finished all three Scenarios. For most of the night Chucho wore the Carapace of the Immaculate Machine pieces I currently have. I also previewed the new Veteran head piece in the Item Store. I think I’ll be picking it up when my next batch of Veteran points rolls in.