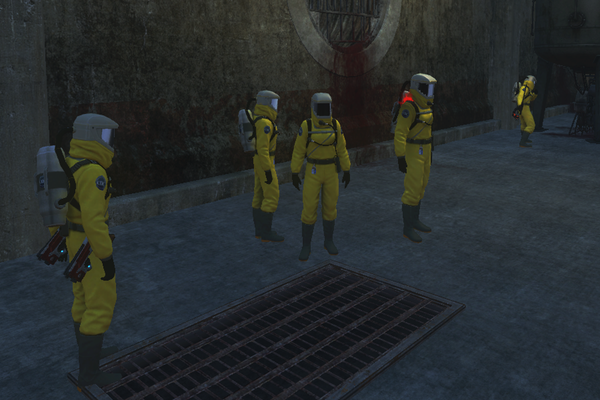 This last Secret Monday saw the Knights of Mercy back in The Slaughterhouse, knocking one more off the Elites list for Syp. Historically we make with The Wipes on NKL-107 (the second boss in The Slaughterhouse), and this Monday was no exception. But, I think I figured out our two biggest roadblocks … threat management and DPS.

When we first stepped in I was in the role of meat-shield, with Rowan bringing the heals, and Ocho, Syp, & Sctrz bringing the pain. We had a real difficult time getting passed the first time NKL runs away; when he’d come back, no matter where we fought him or which bots he activated the first time, he would comeback with at least five in tow. I wasn’t ever able to grab and hold aggro on the new bots fast enough to save Rowan and it would inevitability result in a wipe. I tried dropping health for DPS and (hit), and it helped some, but not enough.

Round about when our frustration level was hitting critical, Mogsy logged in. Sctrz called it a night, I switched to DPS, and Mogsy came in as the new meath-shield with Rowan still healing. The results were better, because Mogsy is a far better tank than I am, but ultimately the same. The general end was that bots would swarm Rowan and we’d all die. After a few tries, Rich logged in and Rowan stepped out. A few more tries and NKL was down … and I think I noticed the crucial differences then.

Firstly, Rich includes Subtlety in his healing build, which greatly reduces his threat generation, making it easier for Mogsy to grab any bots that might decide to run up to him and painfully say hello. The second thing was that, while I got spanked several times by NKL‘s 10,000 Volts, Mogsy didn’t once. When NKL starts casting it, he gets a shield. If you can DPS that shield down quickly enough, he never casts 10,000 Volts. So, as I said earlier … threat management and DPS.

Rowan, as I understand it, has Subtlety next on his list to pick up which I think will round out his healing kit nicely, as he already rocks my socks as a healer anyway. This should be the last time we have to visit NKL until we come back to him in Nightmare mode. Hopefully, by then, our DPS will also be up to more consistent snuff to keep those nasty Volts from whacking the tank.

All in all it was a fun night, even with the frustrations, and Syp‘s reactions to some of the surprises in The Slaughterhouse were well worth the knocks. 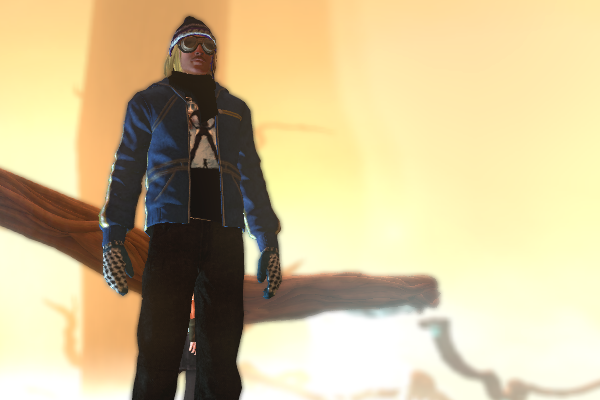 When we weren’t all decked out in our hazmat suits, Chucho sported a wintery getup to keep the chill of his tanky failure at bay. Heheh.