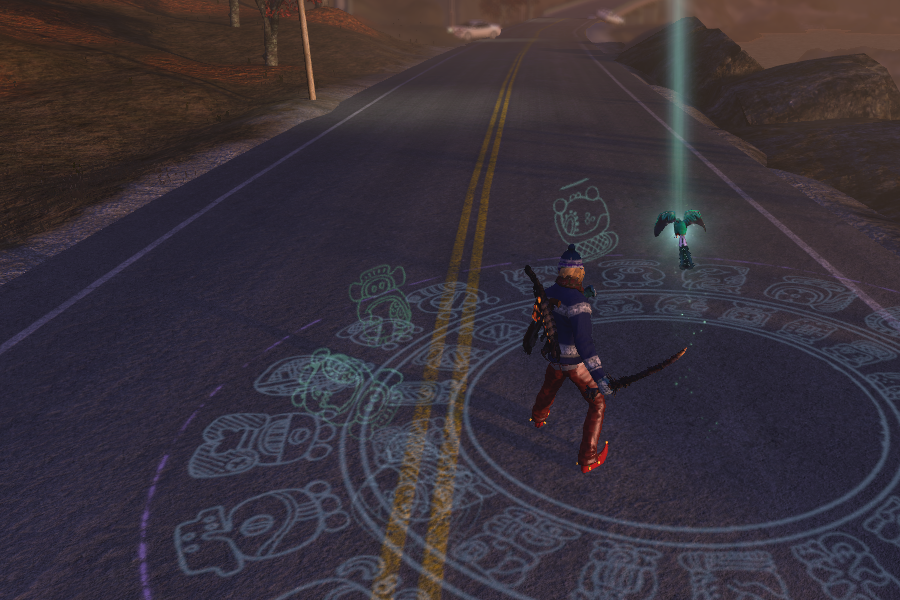 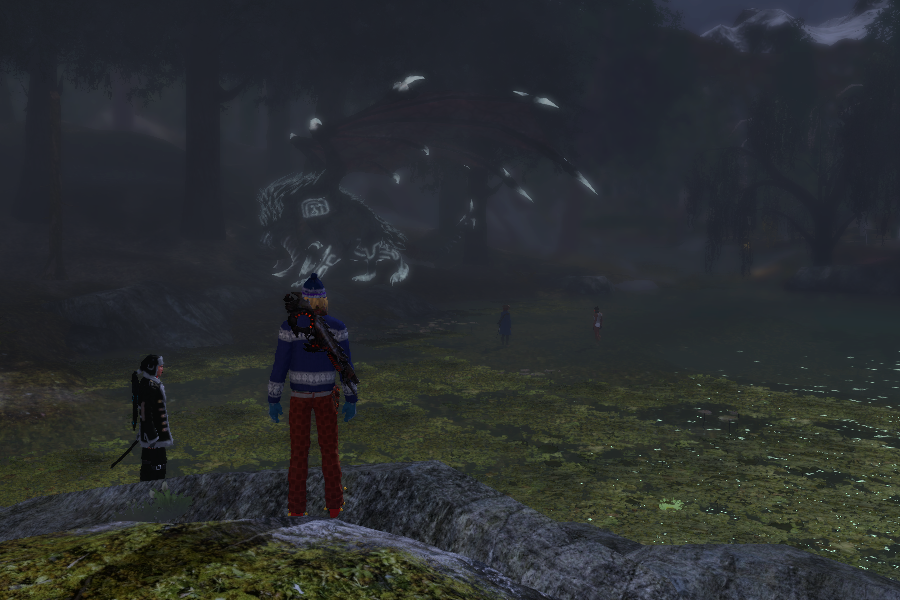 More pets to add to the new Pet Interface. 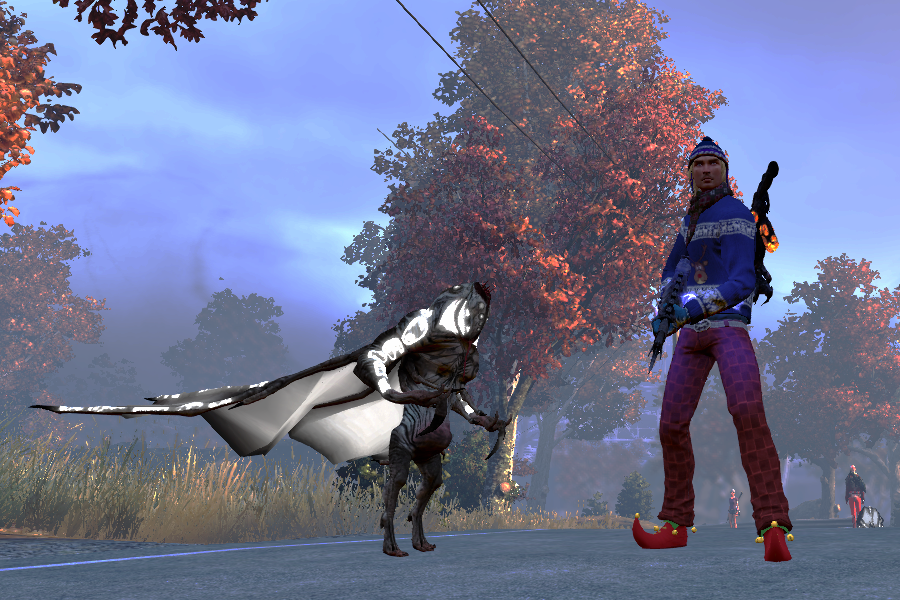 SuperHel is one hell of a gal. 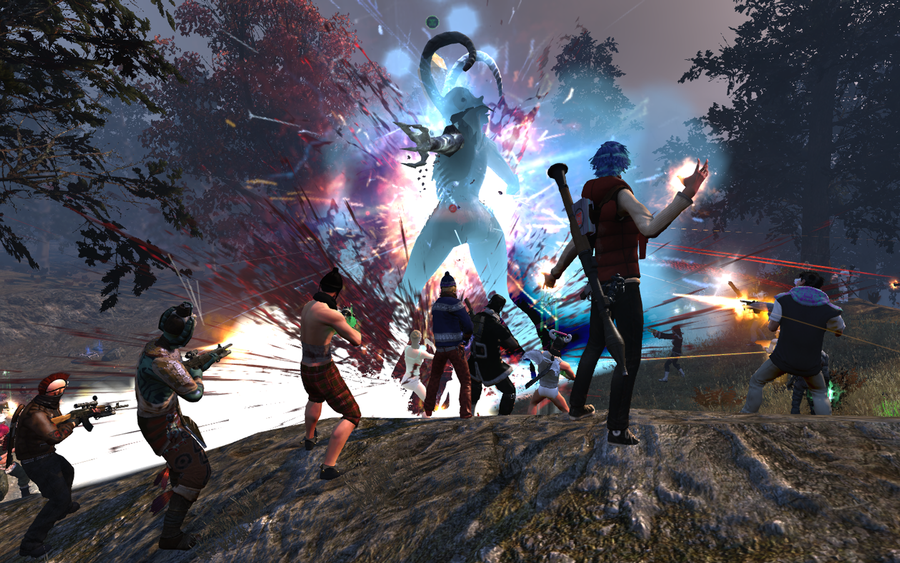 The Running of the Krampi

Mogsy decided to round up all the Krampi in Nilfheim at once. 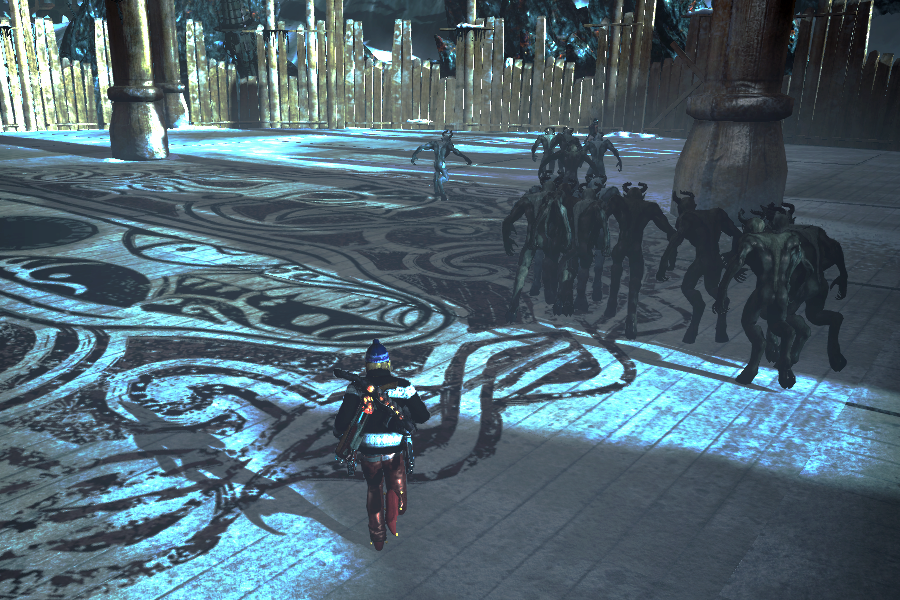 She’s still kind of big even in her little form. 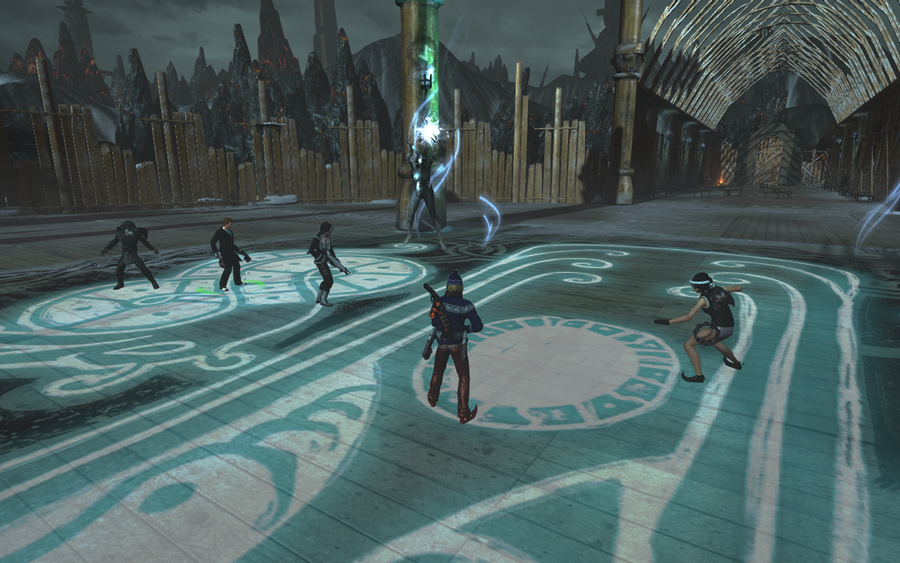 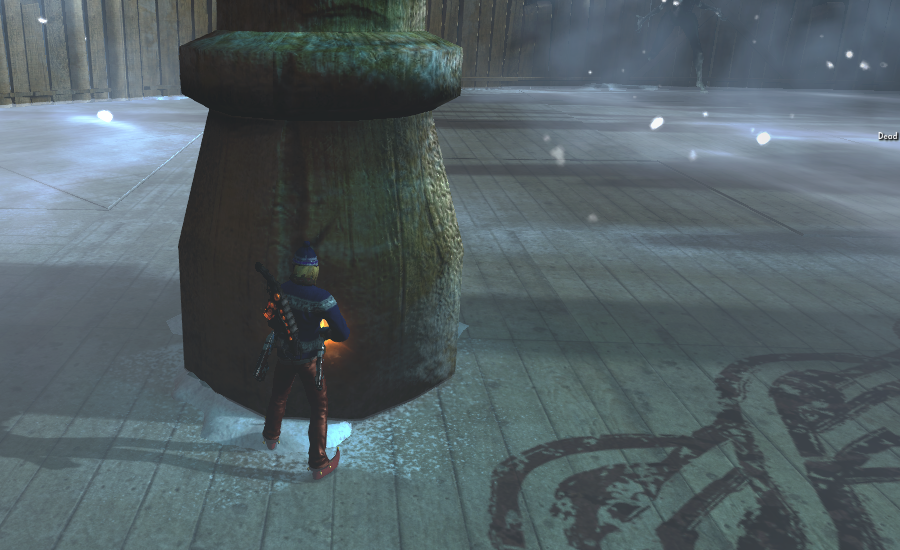 We actually one-shotted this guy. 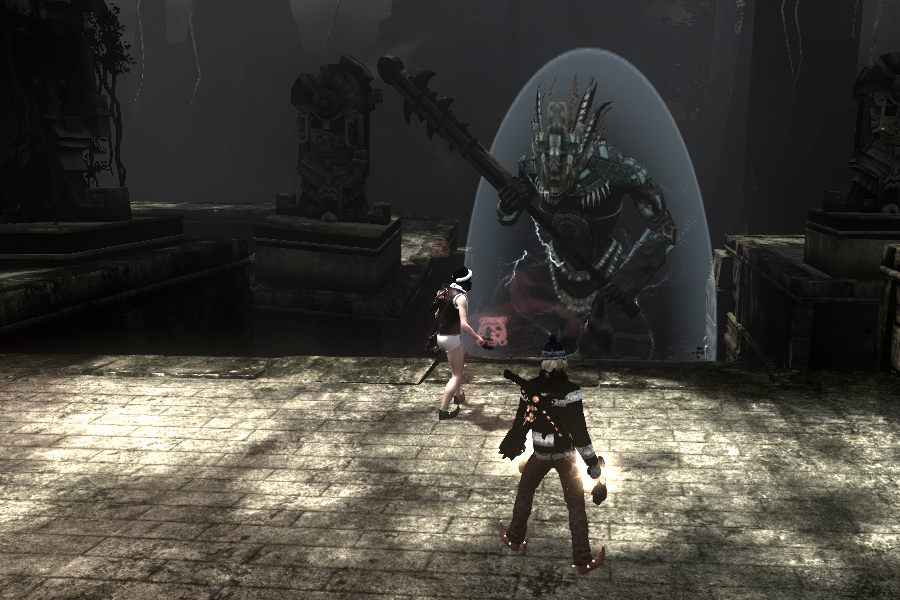 The End of Days KoM Crew

Grace, Mogsy, Me, Rich, and Ocho 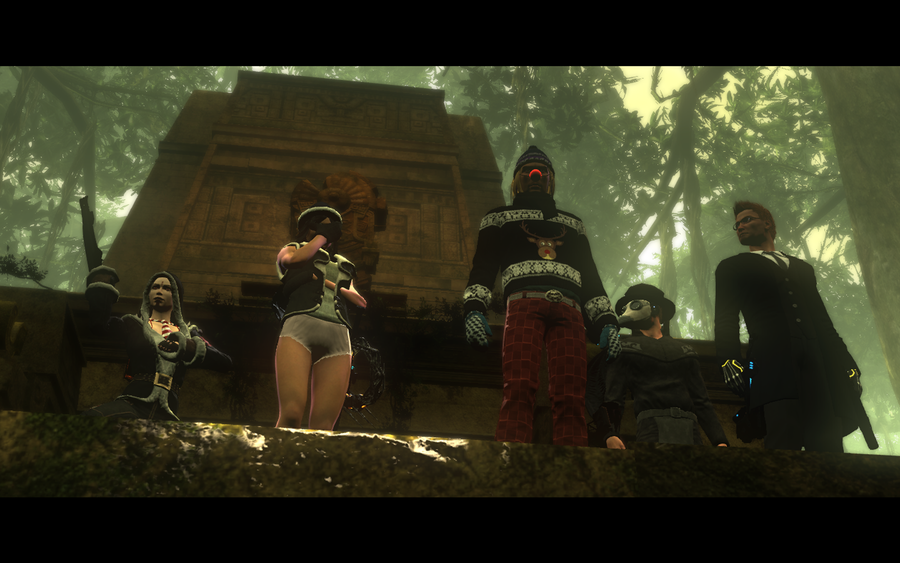 I ran around in this ensemble most of the event. 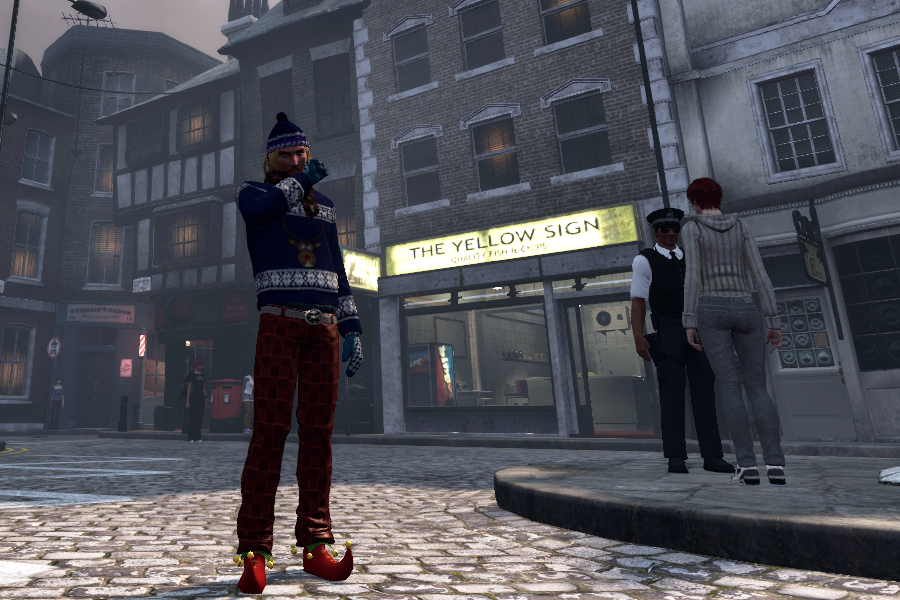 Though I did switch to the Black Scarf and Black Sweater when I got them. 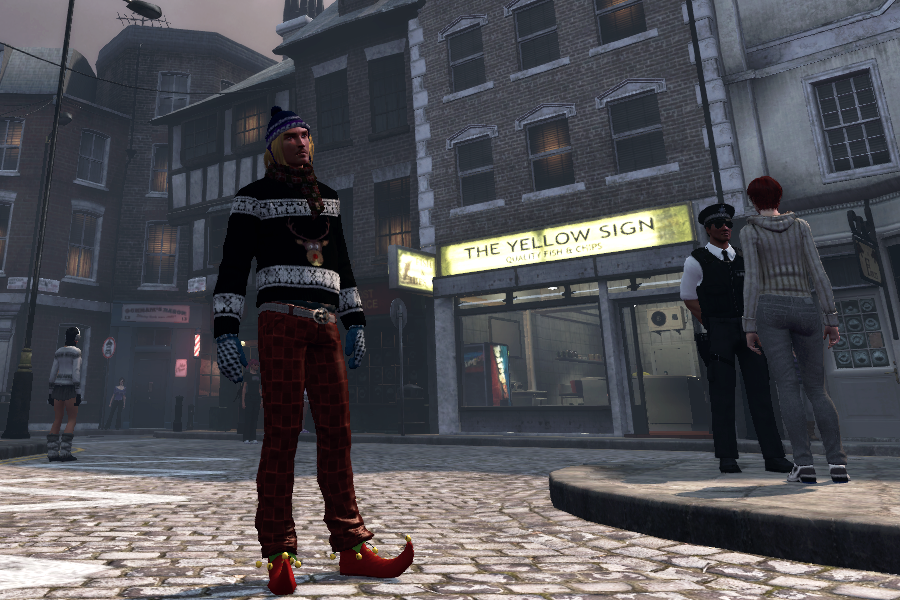 This is what Chucho wears when he’s not out saving the world. 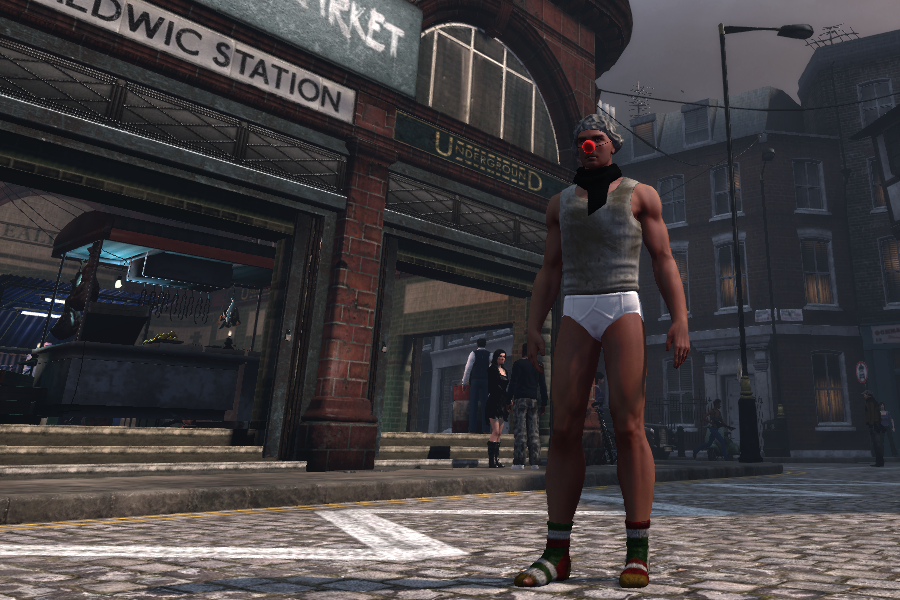 The Secret World‘s Winter Holiday Event 2013 has come to a close. I wasn’t around last year for the first launch of the End of Days event, so I was really happy to get a chance to experience that this year. The new A Mother of a Season event added this year was also a sleigh full of fun.

I took an inordinate amount of screen shots during the event. I sifted through them and picked out what I thought were the best and included them all in the gallery above. I’ll highlight a few throughout this post, but I wanted to include as many of the images as possible without making this post ridiculously long. 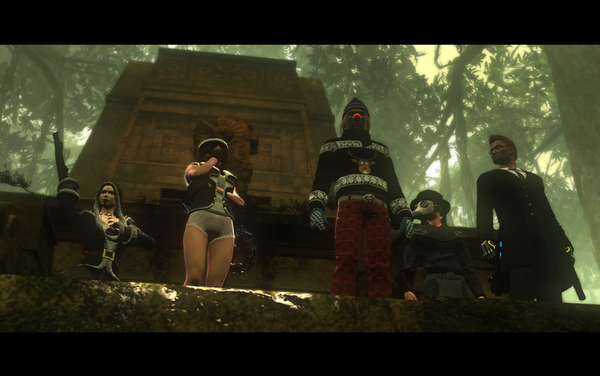 To be honest I didn’t dedicate as much time to this event as I have in past events (as has no doubt been apparent what with the lack of posts). This is not because the event wasn’t enjoyable, though honestly the whole Big Bad Monster Tromping Around the World thing is getting a bit tired. Still, it was a whole slew of factors that kept me out of The Secret World during this event (not the least of which was Assassin’s Creed IV: Black Flag … more on that in a future post). I was able to get some time in for the event, though, including two Secret Mondays with the amazing Knight of Mercy folks. I didn’t get All the Things™ for this event, but I got enough of them to make me happy. 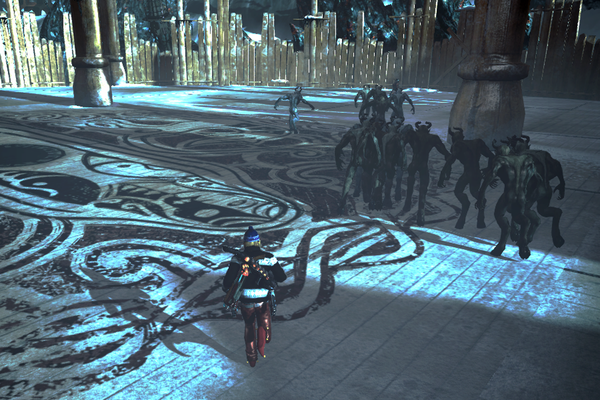 The most fun I had during the event were the nights I was on with KoM. We hit up Niflheim for the Running of the Krampi and a guild run against Hel (the little one). Thanks to Big Mikey Ocho for the direction during that fight. I think it would have taken us many more attempts than it did to learn the mechanics and finally bring her down without his help. After taking down the naked, two-faced goddess of the Underworld we went on to take down Xibalba. I should mention that in both the Hel and Xibalba fights, we managed to complete them with the achievements. 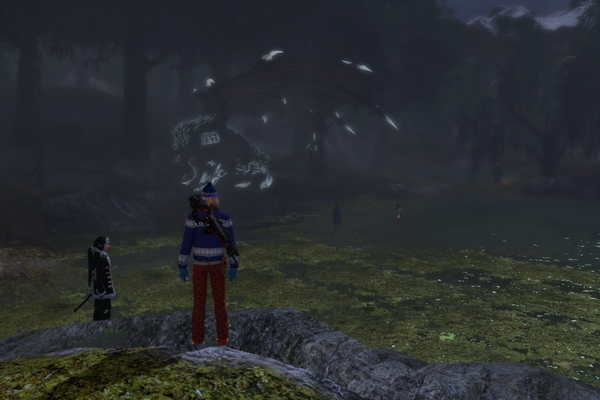 In between the KoM nights I managed to pull myself away from ACIV:BF long enough to chase the stupid bird around Blue Mountain, take on the Vestiges in all three zones, and even bash on SuperHel a few times. I was rewarded with the black knit scarf for my troubles. 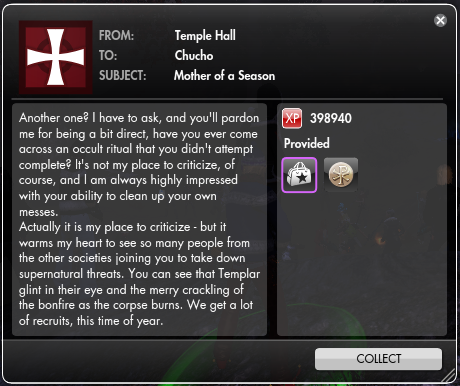 All in all, it was a fun event. But, seriously Funcom, lets think of something new going forward; the Giant World Boss thing can’t go on forever.