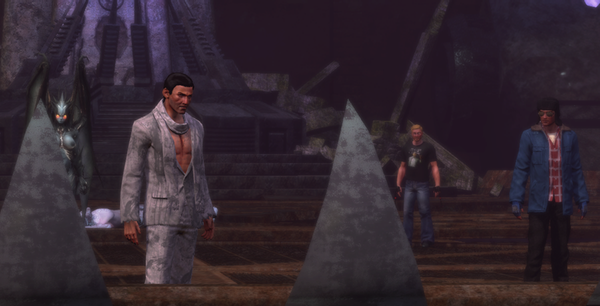 It’s been a few weeks since I’ve posted anything. It’s not that I haven’t been playing games, because I have, it just didn’t feel like I had anything new worth posting about. Plus, with the Holidays in full swing, my brain is otherwise occupied.

The last two Secret Mondays, previous to this past one, have been dedicated to getting the last members of our little cadre through Slaughterhouse. NKL-107 still makes this a very painful process for us, but I think we’ve now got it down to a mostly predictable fight. Last night we took a break from Slaughterhouse, though. Fire Team Alpha ran Ocho and Syp through Ankh, and Chucho’s Roughriders (yeah, I’m taking ownership) then ran Ocho through Hell Eternal.

From what I heard over Team Speak, Fire Team Alpha had pretty much a cake walk through Ankh, and Chucho’s Roughriders one-shotted every boss in Hell Eternal (including that bastard of an angel at the end). It was, by all accounts, the smoothest Hell Eternal run any one of us had ever seen and I was proud to be a part of it. We all worked like a well oiled machine: Rowan rocked the heals, Grace, Mark, and Ocho brought waves of pain to the damned, and I managed not to get anyone killed … mostly. All in all, loads of demon smashing fun. 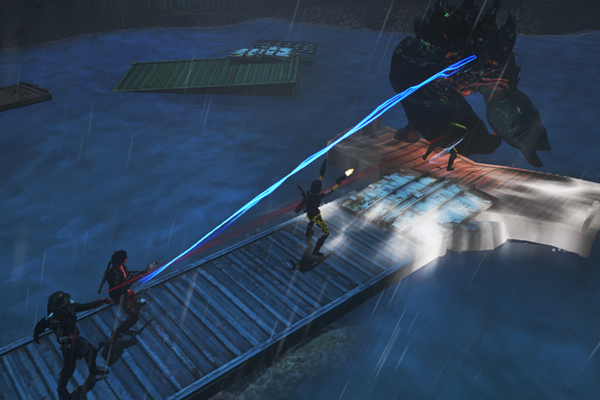 To round out the night Mogsy, Mark, Grace, Rich, and I decided to head into Nightmare Polaris (while Ocho went and gave the Gatekeeper what’fer). I’m not sure whose idea this was exactly (RICH!), but lordy, lordy that place it trying. In our defense it had been several weeks since last we’d visited the Nightmare realms. I think once we get the last of our little group Nightmare ready, so we’re doing these dungeons on a regular basis, we’ll have much less trouble.

POL1 caused a lot of face-meets-keyboard moments until we got back into the swing of things. We then ROFLSTOMPED POL2. POL3 gave us more headaches, mostly in getting Mjolnir’s Echo impaired so we had enough DPS to get through phase 2 fast enough to spare Rich the healing pains. Eventually we brought him down, though. POL4 was a cake walk, and then we tried POL5. Good God, the adds. We called it a night after a handful of attempts. 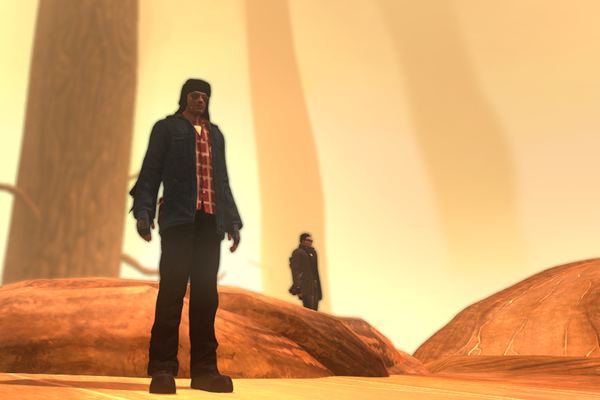 It was loads of fun, both the Elite runs and the attempt on Nightmare Polaris, and a welcome break from Slaughterhouse. For most of the night I sported my Hillbilly Agent outfit with the new hunter’s cap available in the Item Store. I believe next week we’re back in Slaughterhouse to get that finished up for Syp.