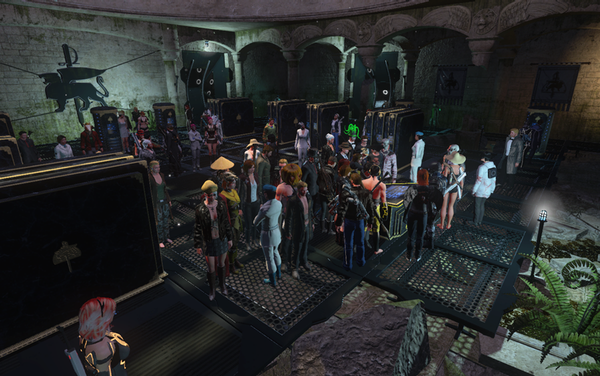 With today’s launch of The Secret World‘s Issue #8: The Venetian Agenda, things are getting quite crowded in the damp, musty underbelly of the Queen of the Adriatic Sea. I jumped in right after the maintenance period ended today to have a look around, and what follows are my first impressions of the new Scenario and Augment systems and a few tips I picked up. Spoilers likely abound. 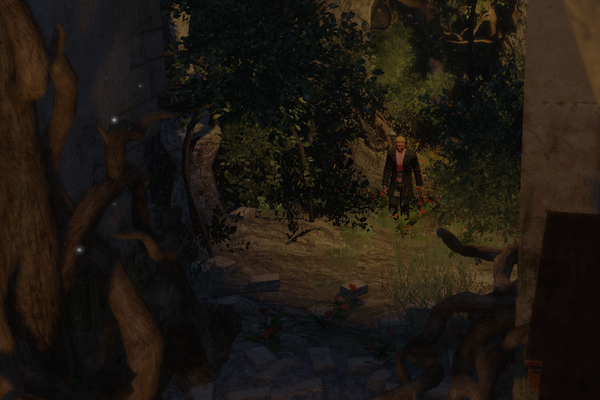 As a subscriber, the first thing I did upon logging in was to pick up the DLC from the in-game Item Store. A modest fee of 1080 Funcom Points allowed me to unlock all three of the Scenarios made available in Issue #8. After double-clicking the Issue #8 token that appeared in my inventory, and entering Agartha, I received a phone call inviting me to Venice. The Venice Portal can be found directly below the Seoul Portal; just run straight out from the Seoul Portal and drop down to the branch below. Above the Venice Portal you’ll find the first piece of new lore. Getting to it takes some tricky jumping. 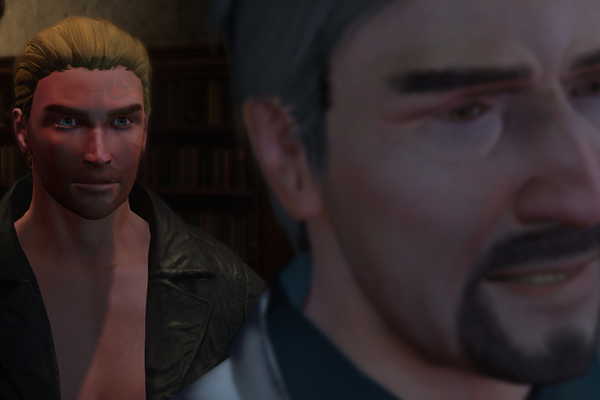 Once you enter the Portal you’ll find yourself in a long, overgrown hallway. As you run down it you’ll come across the second piece of new lore, and a cut scene that introduces you to Arturo Castiglione will trigger. Good stuff in here and I won’t spoil any of it for you. The shocked look on Chucho’s face above should be enough. 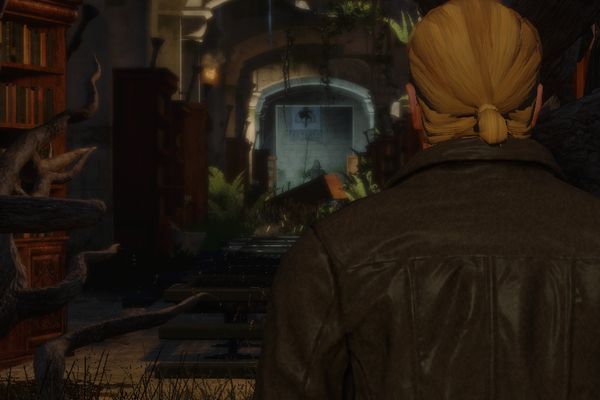 After the cut scene you can proceed down the hallway toward the start of your life running Scenarios. Given that there are three new vendors with hoards of clothes, QL10 Purple gear, new QL10.1 Purple Waist Talismans and accompanying signets, not to mention all those Augments you are going to want to unlock (and they ain’t cheap), I venture to say all your time between now and Tokyo will be spent down here.

The new vendors do not take the Credits of Ca’ d’Oro. Instead a new currency, Aureus of Initiation, has been introduced for everything they have on offer (along with some PAX in some cases). One vendor, a vending machine actually, offers turrets and heals to be used in Scenarios, along with some Rogue Code Snippets whose purpose I’m not quite sure of yet. In addition to this vending machine are two Ministers of Ca’ d’Oro. The one to the right of the Console sells the now typical new Issue goodies: a QL10.1 Purple Waist Talisman for tank, heals, and DPS, along with a matching signet, Augment Amplifier Kits, for upgrading Augments to their varying levels, Venetian Tactical Armor pieces, a new Title, and The Council’s Seal (which you will need to enter Tokyo, I believe). The other Minister, to the left of the Console, sells QL10 Purple Talismans and Weapons for tank, heals, and DPS. Seems like this just might be a hint of what things will be like in Tokyo. 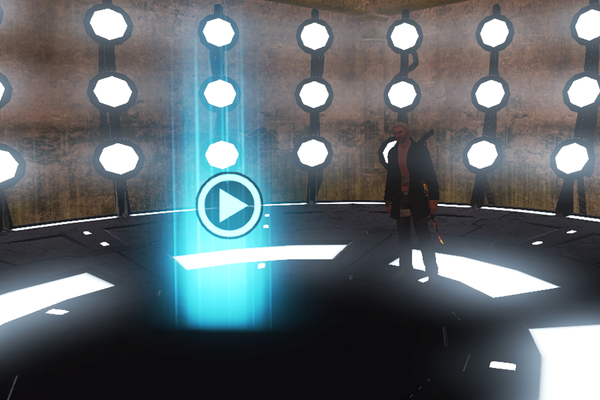 The first thing you’ll want to do is pick up the quest above the Console, indicated by a new orange Scenario icon (which will take up your one allotted Dungeon Quest slot). This quest will walk you through initializing and entering your first Scenario. The quest is complete once you’ve access the Console, selected the parameters for the Scenario you wish to run, and entered one of the simulation chambers. 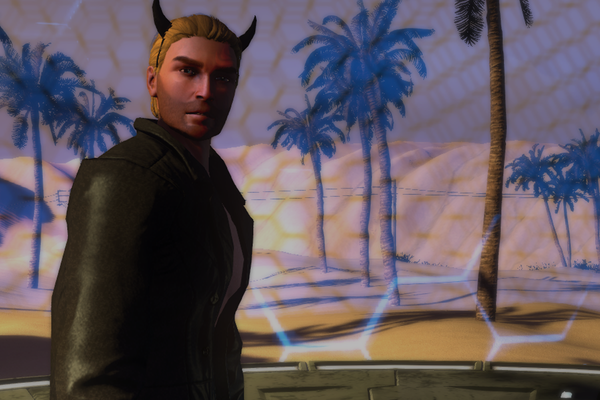 I chose Seek and Preserve (currently the only Objective available), The Hotel, Normal, and Solo, synched up my belt, said a quick prayer to the Flying Spaghetti Monster, and dove right in. I will not say the encounter is easy, but I was pleasantly surprised to have at least completed it, with a Bronze certification, while only dying once. All this, mind you, not knowing what the hell I was doing and running around like a Draugr with his head cut off. 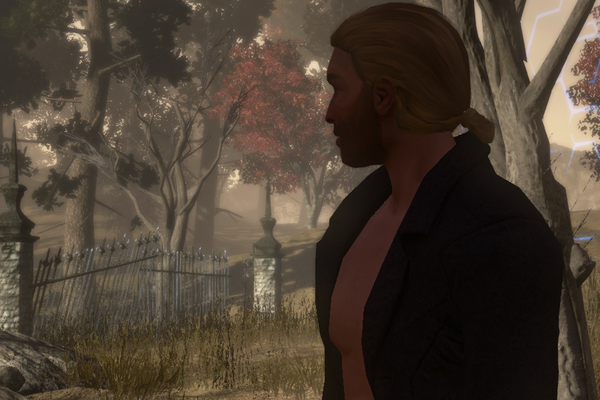 Flushed with victory, however dependent upon the epidermal layer of my upper incisors it may have been, I jumped right into The Mansion, also on Normal and Solo difficulty. I did manage to learn a little from the previous Scenario (and there are also less survivors to contend with here than there), so this one felt a little easier though I still died once before the end. I did, however, complete it with a Silver certification. 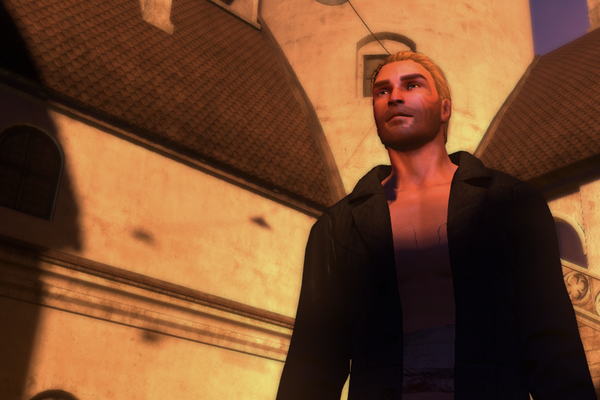 I didn’t have time on my lunch hour to complete The Castle, but I did load it up and enter it (with the same difficulty settings as the previous two), so that I could at least have a screenshot for this post. I did learn a great deal form the previous two Scenarios, so I’ll highlight the main points that seemed universal to all Scenarios here:

My tactic of rapidly ambulating headless Draugr seemed to mostly work, but I can bet that over the coming days and weeks we’ll see all manner of strategies and tactics arise as more and more folks dive into Scenarios. Any I discover I will surely post, and I’m looking forward to seeing what everyone else comes up with.