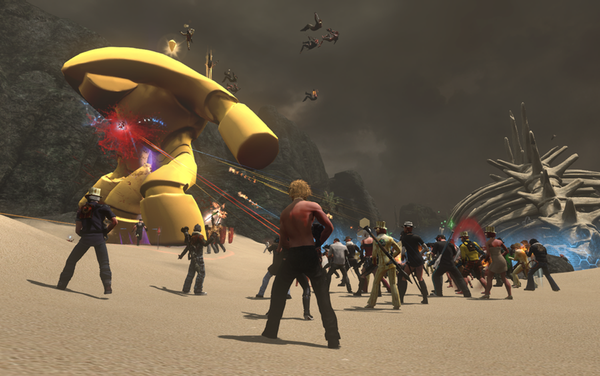 Over the weekend, Funcom launched the Gilded Rage event (coupled with a Golden Weekend). This event is very similar to the Anniversary Event, but only one Golem spawns in every zone in the game. I’ve heard him called many things (his real name is Samsu Nasiru), but Goldzilla and Blingzilla seem to be the most popular (I secretly call him Goldie Brawn, but I’m not sure that one would be as popular).

The nature of Goldie’s drops means (the details of which can be found at Sephora’s Closet), if you’re like me and must have all the shiny things, you’re going to want to kill him many, many times. So, despite the fact that many of us  in the Knights of Mercy had killed him over the weekend, we were all eager to group up and spend Secret Monday killing him over and over. 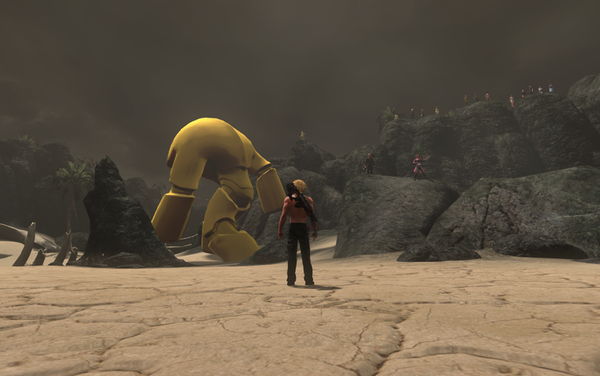 Monday night, after 9:30PM EDT, doesn’t seem to be the ideal time to go after him, though. While our first engagement lasted the average 10-15 minutes, succeeding ones took longer and longer as less people showed up until the last one we did took over an hour. Still, Mogsy, Mr. Mogsy, Pid, PaganRites, Rowan, Ocho, Syp, WickedTryx, and I managed to get a few fun drops and a bit closer the the Shem of Solar Metal. Good times! 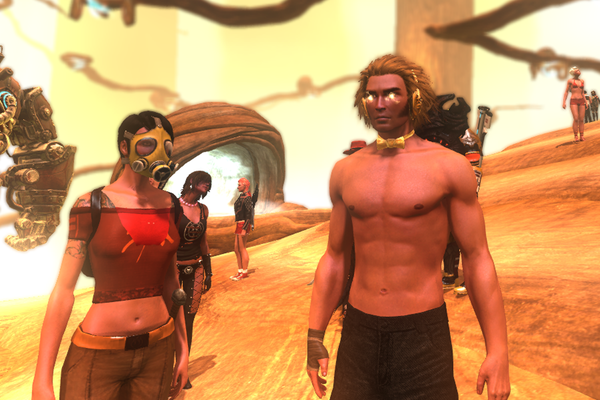 In light of some of the event rewards that I’d picked up over the weekend, I decided to go full-on Chip & Dale’s for What Chucho Wore: Gold Bow Tie, Gold Glowing Eyes, Gold Skull Headphones, Wrist Wrap, Black Distressed Jeans, and Heavy Black Boots. Ok, so it’s full-on, freaky Chip & Dale’s. You shoosh.