This last TORsday, the Imperial Mercenary Corps tackled the Eternity Vault (Hardmode). Speaking for myself, I had never done an Operation in Star Wars: The Old Republic, so I was really looking forward to finally experiencing the Operation I’d seen in all those trailers lo these many years ago when SWtOR launched. I was not disappointed. 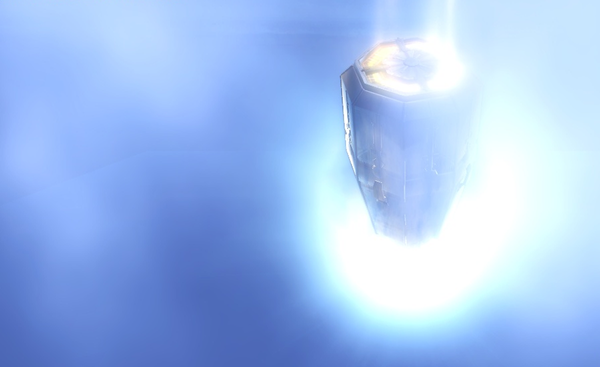 The whole re-entry sequence into the prison was pretty awesome. The screenshot doesn’t do it justice; it’s super cool. We did all managed to get into position to kill the first boss without making any tauntauns mad. I should probably point out that I think most, if not all of us, were at the new level cap of 55, so we were expecting things to be – maybe not easy, but less hard. We ROFLstomped the first boss, and then realize we were in Story Mode. So out we went, reset to Hardmode, and back in to experience the awesome re-entry all over again. Things weren’t that much more difficult (then again, I’m just DPS – I run around and smack things and try not to stand in evil circles), but I could definitely feel the burn as it were. 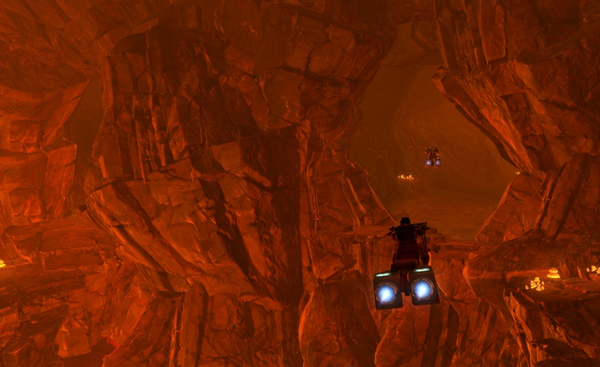 We did have one tiny wipe, at the column puzzle, so I got to experience the speeder ride back. That’s Pid up ahead of me, who was kind enough to lead me back. The place is huge, and really pretty inside. After the initial confusion of the puzzle, we solved it like pros and moved on, smacking the galaxy’s worst prisoners, left and right, until we reached Soa. 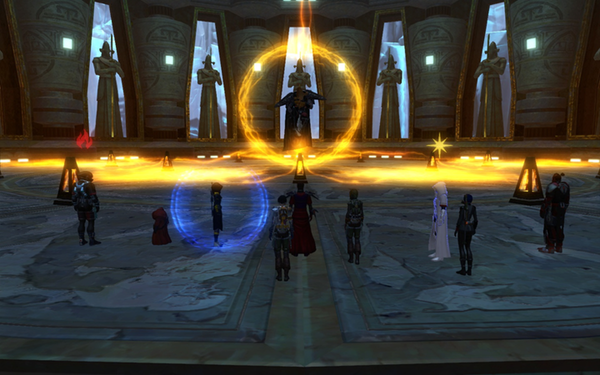 I have to say, upon arrival and while listening to the convoluted explanation of the fight, I felt pretty intimidated. While I have a lot of experience in raid type situations, I am super rusty; the last raid I was regularly a part of was Ice Crown Citadel, in World of Warcraft. So, when I tell you that we took down this Rakata jerkface on our first attempt, even with being over leveled for the Operation, you can understand how it might feel disproportionately awesome.  No one died, everyone did all the things at the right times. Even PaganRites made all the jumps without dying (though crossing some bridges early on gave him trouble – I kid!). 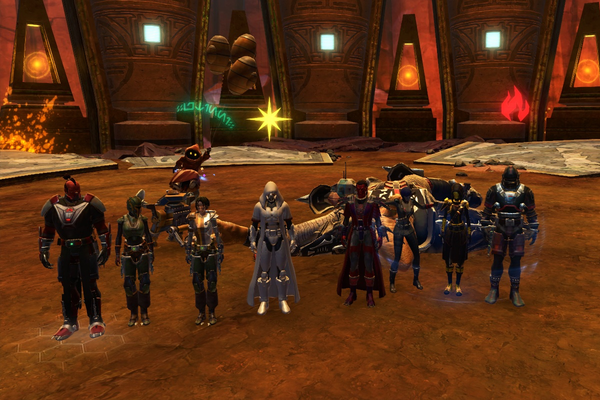 All in all it was a great way to get everyone used to working together and back in fighting form. Plus, as I said, I got to see some content that I’d been dying to see. I think we’re in a good spot to start hitting the level appropriate Operations, which I think we’ll be doing next week. Once again, I can’t say enough how awesome this group of people are. There was even time to kill the stupid Archon on Makeb (something I had been struggling with all week), and a couple of guildies were kind enough to help me get that knocked out. Thanks a ton, guys!