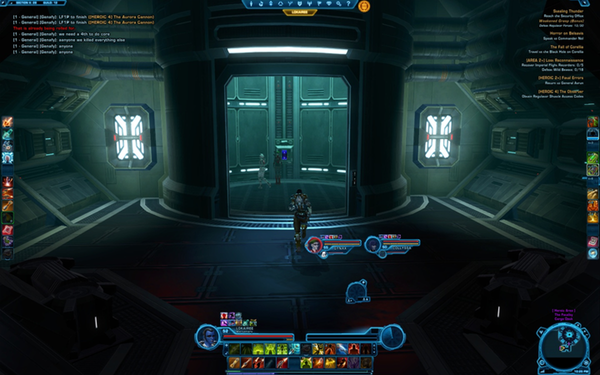 This TORsday the Imperial Mercenary Corps decided to tackle the HK-51 Companion Quest Chain for those in the guild who had never done it (which seemed like most of us). I have to say, without a doubt, this was probably the most fun I’ve ever had playing Star Wars: The Old Republic.

The evening started off in Section X on Belsavis, deep inside some old Czerka Corporation wreck/abandoned facility. This portion, and the derelict Theoretica, were the only portions we weren’t able to complete in a full raid. After Belsavis, and the crazy running, jumping, and clicking of things aboard the Theoretica, we headed to Tatooine to pick up an HK-51 component from some swindling little Jawa out in Outlaw’s Den (many thanks to Dom and Pid for providing the cash to pay that filthy Jawa to those of us who were a little short). Luckily, I already had a Burba Seismic Excavator/Scanner, so I didn’t have to pay the Jawa for that too. From there the real fun began (your mileage may vary). 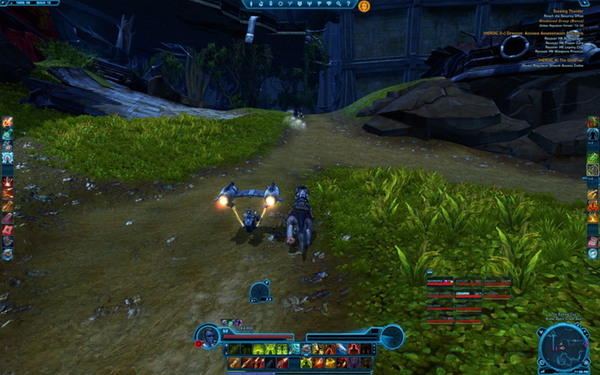 A lot (and I mean a lot) of time was spent trekking all over Taris, Dromund Kaas, Hoth, and Coruscant to first get to the spot where the component in question might be, and then to search for it. All of these spots seemed to be on the other end of the planet from where we landed. Once there, it was Burba Seismic Excavator/Scanner Time (which is a lot like Hammer Time, without all the 80s music). In the end, and after a couple of re-searches, we found all the parts we needed for this portion of the quest chain. 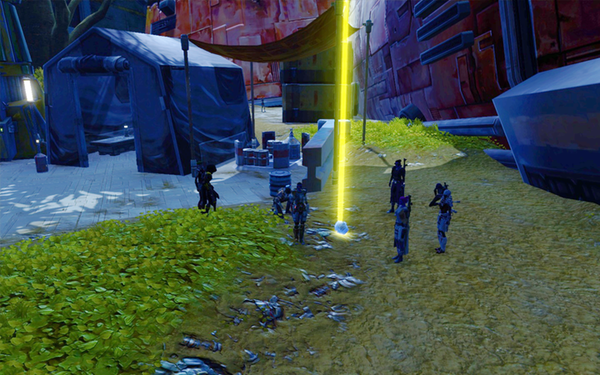 By this time it was close to 1AM for some of us, so we decided to halt things there. All that remains now is for us to delve into False Emperor and the Foundry to get the remaining two components. I’m really looking forward to finishing this off sometime this weekend or next TORsday. The folks in the Imperial Mercenary Corps are a blast to run with. So much fun, in fact, I may have to resub to Star Wars: The Old Republic if this keeps up.