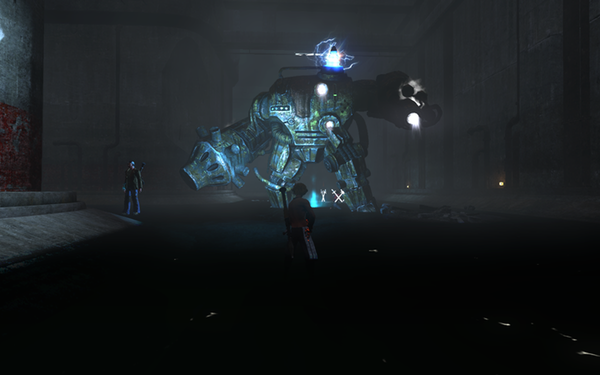 I’m not going to go into a lot of detail on our rousing success in The Facility this passed Secret Monday, as Mogsy already covered it in her usual awesome style, but suffice it to say that we rocked that place and PaganRites made it almost impossible to ever make fun of him again (I say almost because I will still think twice before following him in any dungeon — dude just has a knack for finding trouble). Head on over to Mogsy’s article to get the full scoop on PaganRite‘s awesome one-man show and the Knights of Mercy‘s raucous stomp through The Facility. 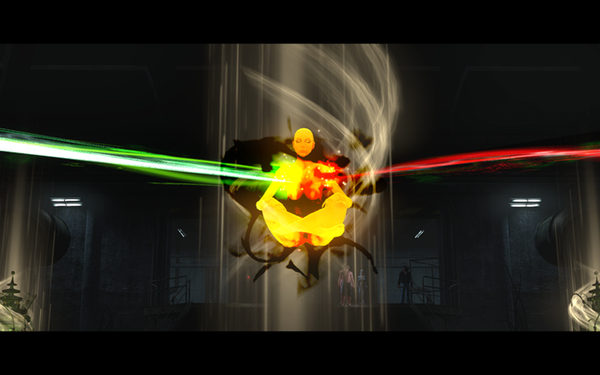 I did want to take a few minutes to mention The Secret World‘s seeming obsession with crotch-shots, though. It’s seen mostly in the low angle shots in cutscenes involving the games ubiquitous mini skirts (seriously, guys, have you never heard of a sun dress, or you know, crossing your legs). While Halina Ilyushin does have her legs crossed in this shot, they aren’t quite crossed the right way to hide her shame. Also, she appears to be in dire need of some antibiotics. Ok, removing my tongue from my cheek, really the visuals in this game are amazing. I’ve recently heard some grumbling about how the game isn’t as pretty as some would like. I’m not really sure what part of the game they are looking at, because I am continually stunned by how amazing it looks. 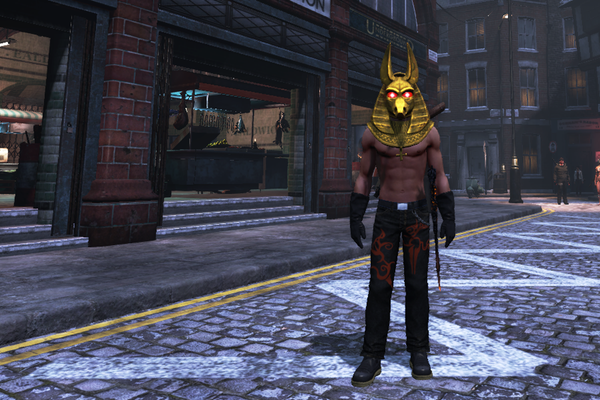 It’s been mentioned that at times the lighting can sometimes make character models look a little weird in some of the cutscenes, but for the most part the visuals are spot on for the mood Funcom is trying to set. Case in point is What Chucho Wore for this week’s Secret Monday: Bare Chest from the Item Store, Boots and Gloves from the Meat is Murder outfit, Anubis Head Dress, and fancy jeans from the clothier in London. I call it Modern God.