This Secret Monday, the Knight’s of Mercy were a little short handed due to puppies, out of town wives, Ultimate games, and Vegas, baby! Never ones to let fallen comrades get us down, those of us who made it soldiered on. 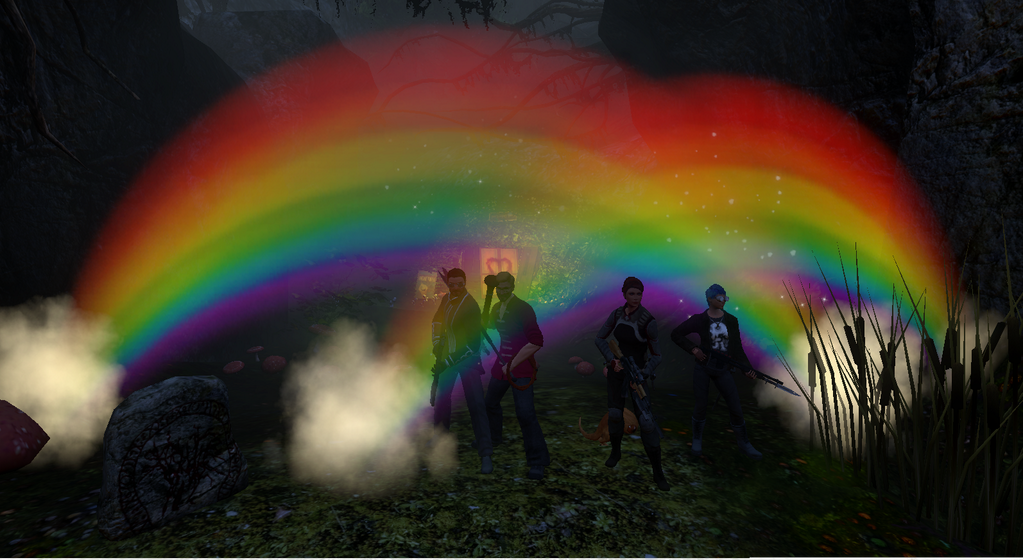 Syp was having some trouble with Knight of The Draculesti, which led us to The Last Dance of Pardurii (a quest I’ve now sworn three times never to do again), which ended in the bizarre screen shot you see above, courtesy of Rowan. We finished off the night at the power plant in Shadowy Forest, knocking out Fungal Fireworks. Fun and laughs were had by all, especially during Pardurii (I even managed to get the Lady Killer achievement). Hopefully next week we’ll be able to get back to getting pummeled in elite dungeons.

Finally, no Secret Monday would be complete without the What did Chucho Wear? shot. Above he is pictured in his fancy Orochi duds, though the shades are his own. One of these days he’ll figure out what the hell that company is actually up to!