This will, if all goes to plan, be a weekly feature. The guild I’m a member of, Mercy Gaming, is a multi-game guild and we tend to schedule play in certain games for specific nights. Monday nights are spent in The Secret World. We affectionately call these nights Secret Mondays. 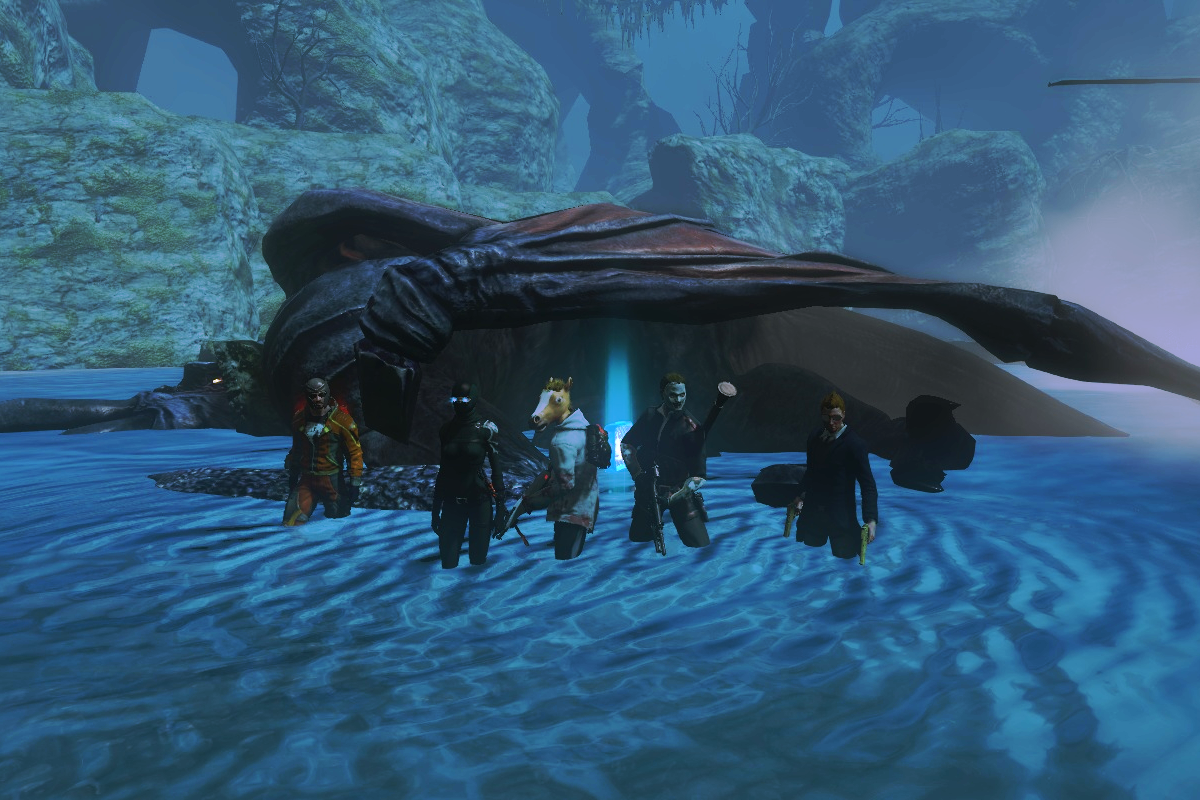 A little background. Adoption of The Secret World by Mercy Gaming seems to have happened in fits and starts. There was a lot of interest early in and throughout the beta period, but only a handful of folks pre-ordered and were in game on launch day. For me personally, I don’t know if it was a lack of polish in beta, or that I just wasn’t in the right mind set to accept a whole new style of MMO, but I not only did not pre-order, but pretty much swore off the game.

Fast forward a couple of months, during which I kept hearing how amazing the game was post beta, and The Secret World goes B2P. I decided then that I didn’t really have much to lose (other than $24) to give it a second look, and to my surprise I’ve not looked back since. The guild had already established Secret Mondays, so I spent the next month or so catching up to the few who were still playing, and have been joining them every Monday since. 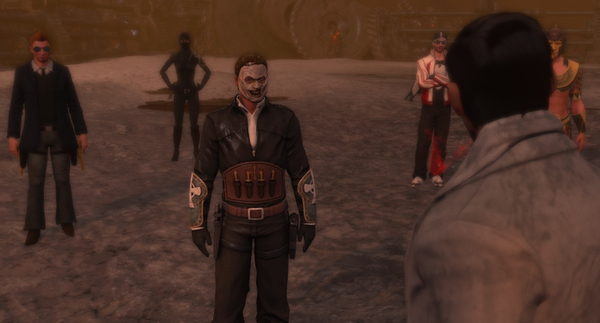 This last Secret Monday we took on Elite Polaris. We had attempted it before, but had always been put in our places by the last boss, the Ur-Draug. After the last failed attempt, we all went back to the drawing board, re-geared and rearranged decks, and we finally brought him down, as you can see way at the top. Pictured there and above are MMO Gamer Chick, Mr. MMO Gamer Chick, Pid, Ocho, and myself. 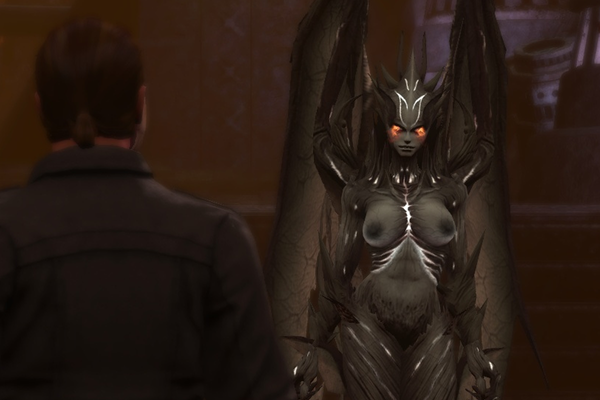 Flushed with the success in Elite Polaris, we decided to try Elite Hell Rising that same night. The two shots above, of the Knights of Mercy in conversation with the Booby Demon and Mr. Look-At-My-Chest, show we managed to clear that as well. It actually felt easier than Elite Polaris. Next on the list is Elite Darkness War. I’m definitely looking forward to that. 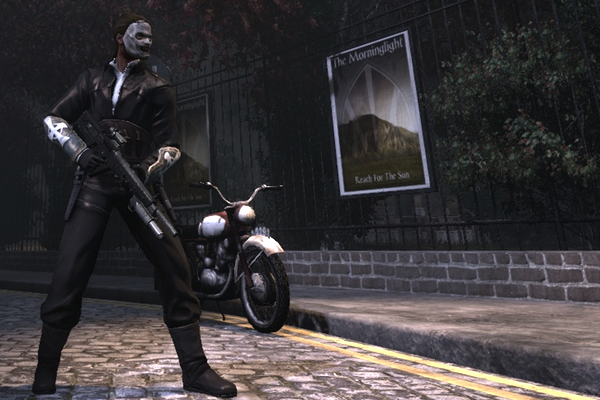 Finally, to close out this first edition of Secret Mondays, I’ll steal a feature from MMO Gamer Chick: What I wore for Secret Monday. I decided to keep it simple with the Executioner‘s multi-slot outfit, and the Leather Face mask. Maybe I’ll get more creative next week.