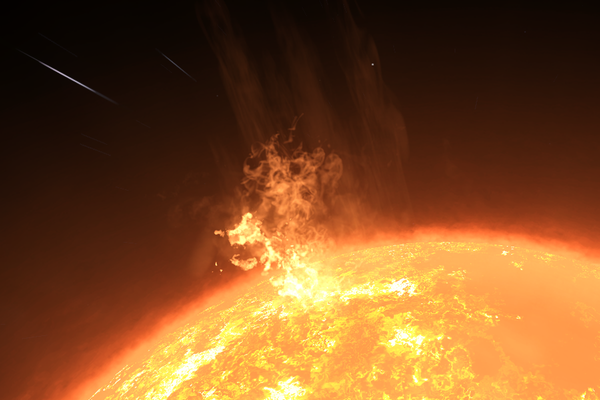 2015 seems to have been the year of the Space Simulator; with Elite: Dangerous and Star Citizen poised to dominate the market and No Man’s Sky not all that far away (not to mention Space Engineers quietly chugging away), it has made the field a bit rocky to navigate. In an ideal world, I’d play them all. But, choices had to be made.

When it came time to make those choices, I leaned heavily on my past experiences (as I always do). I have very fond memories of playing M.U.L.E. on my Commodore 64, and I really wanted a game experience that let me capture some of the long haul trading feel from back in the day. I spent a lot of time reading, looking at feature availability, and watching YouTube, and ultimately settled on Elite: Dangerous. With Elite: Dangerous Horizons launching today I thought I would spend a little time with my sadly neglected blog, offering up my thoughts and experiences with the game, while my update downloads. 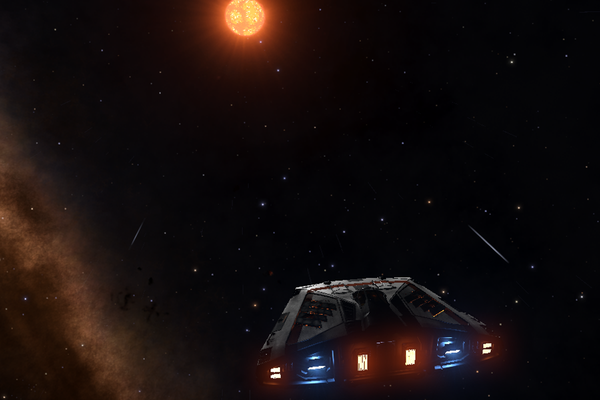 As everyone does, I started out in the stock Sidewinder and was plopped down in an Outpost with next to no idea of what I could do with the game apart from the few tutorials on flying the ship, docking, and basic combat. In any other MMO situation this might have ticked me off, but Elite: Dangerous is a sandbox, and I was happy to just fling myself into the void to see what was out there. 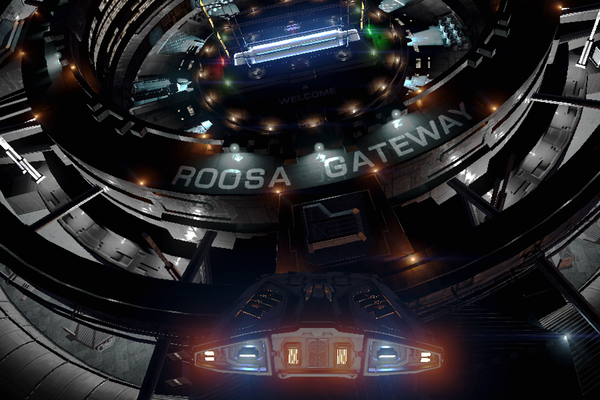 In all honestly, I flubbed a lot; for the first week I played I didn’t know what the hell I was doing and I was really just plugging along with no real sense of where I wanted to go or what I ultimately wanted to do with the game. All that directionless wandering, though, was teaching me a lot about the game’s mechanics. The time spent also started to build this narrative in my head of the lonely Space Trucker, going from port to port, selling their haul. 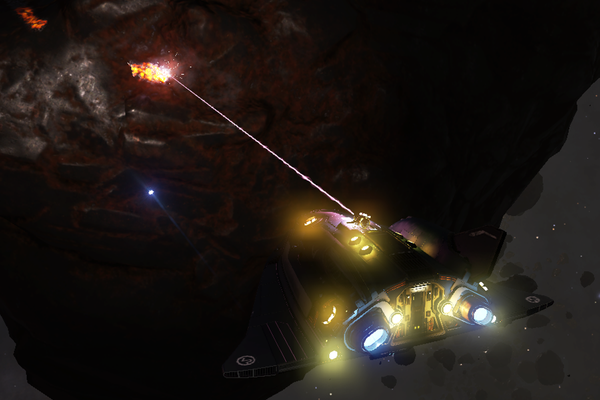 While still feeling the game out, I even tried mining. With the few credits I’d manage to scrounge to this point, I bought and outfitted an Adder with the bare minimum for shooting giant rocks, and went out to find the nearest ringed gas giant. In the end, it wasn’t really for me. I may try it again later when I have the credits to really outfit a nice mining rig, but I finally got off the wanderer treadmill and decided to focus on what I’d originally gotten into the game for in the first place: trading. 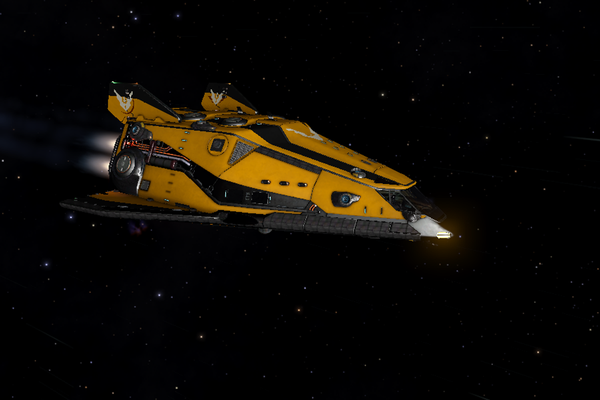 I actually reset my pilot at this point. I felt like I’d wandered around too much, wasted a lot of time, and maybe built up the wrong reputations. So, I went into the Options menu and reset my pilot, starting over with the stock Sidewinder and a fist full of credits. I did this with a clear path in my head of where I wanted to go and what I wanted to do: make loads of credits buying and selling legal and less than legal goods. I should note that I continued to spend a lot of time reading community posts and watching YouTube videos. There’s a wealth of information out there about the game that can help with making that all important decision of what to do. For me it was definitely Trading, and I got out of the Sidewinder fairly quickly and into a Hauler. 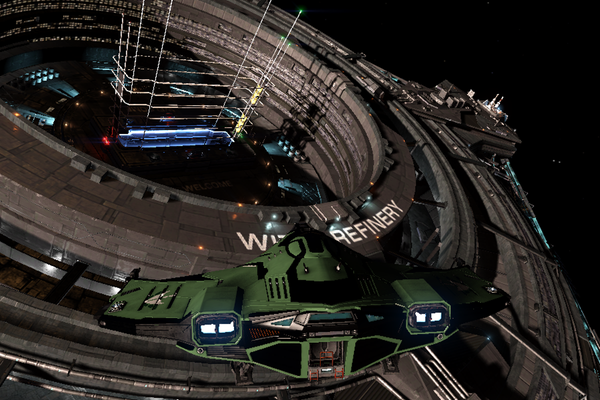 I did, shortly after, also pick up an Eagle for Bounty Hunting. I did this for two reasons: one, blowing up pirates and criminals in space is loads of fun, and two, Combat Missions are the most efficient way to gain reputation and rank with the major factions. For the most part reputation is something you can ignore, but there are ships and systems that are only available to certain ranks within a faction (the rank gives you a permit to buy a certain ship or enter a certain system), and some of those ships and systems are things a Space Trucker would really want. 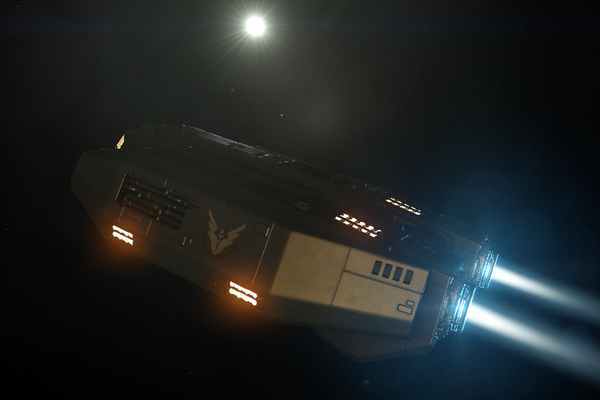 Between active trading, trading missions, smuggling missions, delivery missions, and the occasional pirate bounty hunting mission it wasn’t long before I was in a “real” trading ship, the Lakon Type-6 Transporter. I spent a very short amount of time in a Cobra Mk III, but one run out to Sothis (a rim system 400+ light years from Sol) for some long range smuggling missions, and I sold it off and bought my space truck. 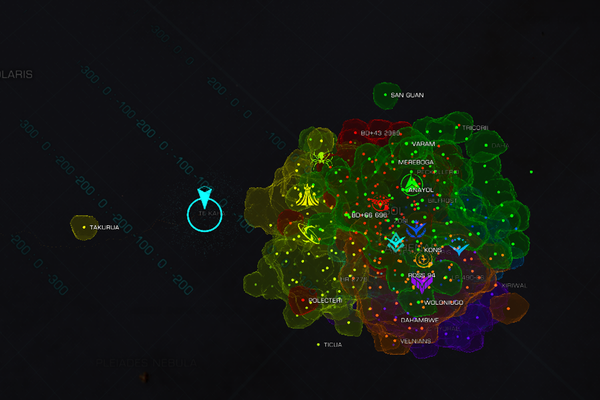 It was around this time that I decided to try Powerplay. Powerplay is basically a galactic game of Risk that is almost entirely community driven. There are subreddits for each of the Powers in the game where players coordinate their moves for each weeklong cycle. I did it for about three weeks (actually reaching Rank 3 in my chosen Power), and I learned a ton from the other players about Powerplay specifically and Elite: Dangerous in general. Powerplay, by it’s nature, makes you hostile to NPCs in systems controlled by opposing Powers, though. It also requires a pretty decent amount of credits (at least for the Power I pledged to) to fast track Merit earning. For a trader, really just starting out in the most basic bulk trading ship, neither of these seemed like a good fit. It was this that ultimately led me to defect from the Power I’d pledged to (causing me to be hunted by NPCs from that Power for the next RL week). I’m now pretty focused on maintaining friendly relations with the three major factions in the game: Empire, Federation, and Alliance. This has the added benefit of keeping me at least neutral (I’m no longer being hunted) with all of the Powers, who are all aligned with one of the three major factions. Powerplay definitely feels like more of an end-game activity, and I will most likely return to it when I have hit my goals, ship and credits wise. 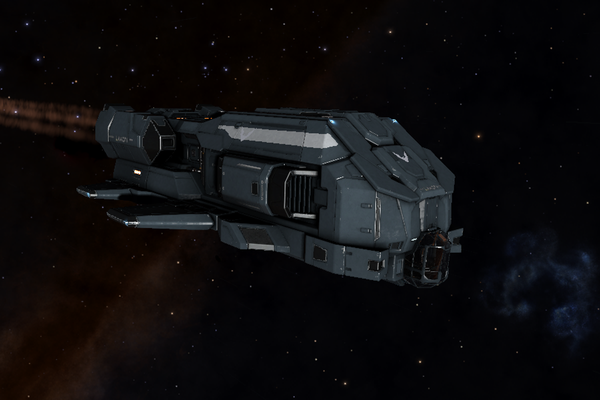 All of that was about a month and a half ago. Since then, through bulk trading, smuggling and trading missions, RES (Resource Extraction Site) bounty hunting, and pirate bounty hunting missions I’ve manage to reach Friendly with the Alliance and the Federation, and Allied with the Empire (I really want an Imperial Clipper, so I’ve been focusing on Empire). I’m also a Knight in the Empire and a Recruit in the Federation.  I’ve gone through an Asp and an Imperial Courier, since my Type-6, and am currently doing bulk trading in a Type-7 Transporter. 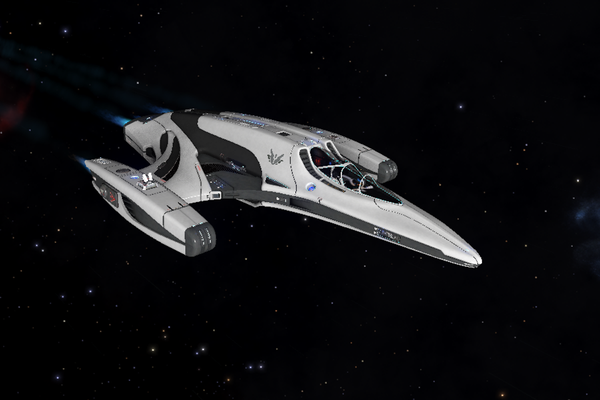 I sold most of the ships as I upgraded, but I did keep my Hauler and outfitted it as a taxi to get between the stations where I have ships stored. I also kept my Imperial Courier which I rigged as a Bounty Hunter. 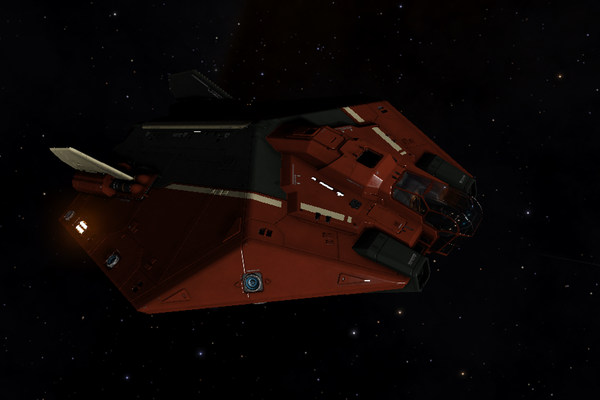 Finally, I have recently got the itch to do some deep space exploration. For this purpose, I kept my Asp and rigged it for exploration. I’m currently planning my first deep space trip where I’ll hopefully make stops in the Orion Nebula, Barnard’s Loop, the California Nebula and the Pleiades.

I’ve really, really been enjoying the game so far. My download is finished, so it’s time to check out the new Planetary Landing features. I think I’ll stick my first SRV Scarab in my Asp Explorer. That seems to make sense. Expect to see more on Elite: Dangerous Horizons in the coming weeks.