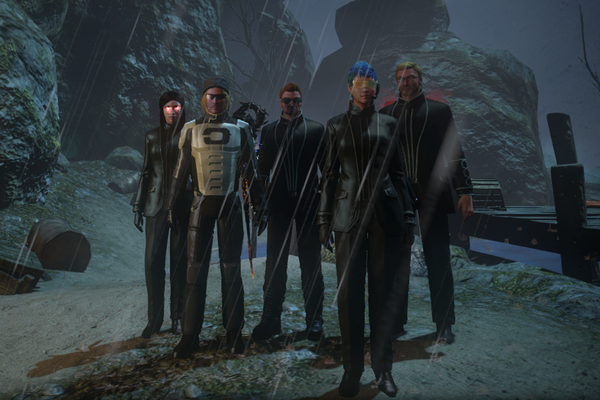 This Secret Monday, with Syp‘s amazing defeat of the Gatekeeper (only three attempts), the Knights of Mercy decided to try and tackle a Nightmare mode dungeon. Ocho, Grace, and I have done a few Nightmares before, but last night marked Rowan and Syp‘s first foray into the spastic hell that is The Secret World’s Nightmare Mode.

I should point out that I had NEVER intended to tank a Nightmare mode dungeon … ever. My tanking skill level caps out at Elite, and the occasional world boss. But, Mogsy and Rich were doing some lovey-dovey dinner thing, or whatever, so I was thrust into the role. The nerve of them!

We decided to try Nightmare Polaris; Rowan brought the wicked heals (bolstered by his brand new Subtlety), and Ocho, Grace and Syp brought the pain. We roflstomped the first trash pull and I must admit I got a little cocky. The Haugbui Jarl hit me in the face with my hubris. I brought along enough impairs, but to be honest (and I hate blaming my hardware), I am still getting used to the Razer Naga 2014 I got for Christmas; I kept clicking the wrong button, burning impairs before they were needed, and dodging the wrong way. I think if I hadn’t been such a spaz, we might have pulled it off because everyone else rocked it. Syp, though, was pretty beat from his heroic defeat of the Gatekeeper so we called it quits on Polaris before we hit lockout.

With Syp off to bed, Pid joined us and someone got the bright idea to try the Nightmare mode Filth dungeon. I won’t go into a lot of detail here because Rowan covers it nicely, including our complaints, over here. Suffice it to say that we decided to end the night on a high note by tackling The Castle scenario in Duo mode as a group. We rocked it (including a rousing defeat of the Padurii boss at the end) and got a whole package of Oreos for our troubles.

As usual, despite our troubles, a great time was had by all. If it’s one thing that the Knight’s of Mercy are good at is laughing at themselves and each other. It’s one of the reasons I really enjoy running with them. To help Grace out we all ran in Orochi colors; she needed footage of Orochi guys dying so it really worked out well. We also discovered how freakishly big Rowan is.